Is Fibromyalgia a Disease or Syndrome, and What Is the Difference?

Home/Fibromyalgia / Chronic Fatigue Syndrome/Is Fibromyalgia a Disease or Syndrome, and What Is the Difference?
Previous Next

Is Fibromyalgia a Disease or Syndrome, and What Is the Difference? 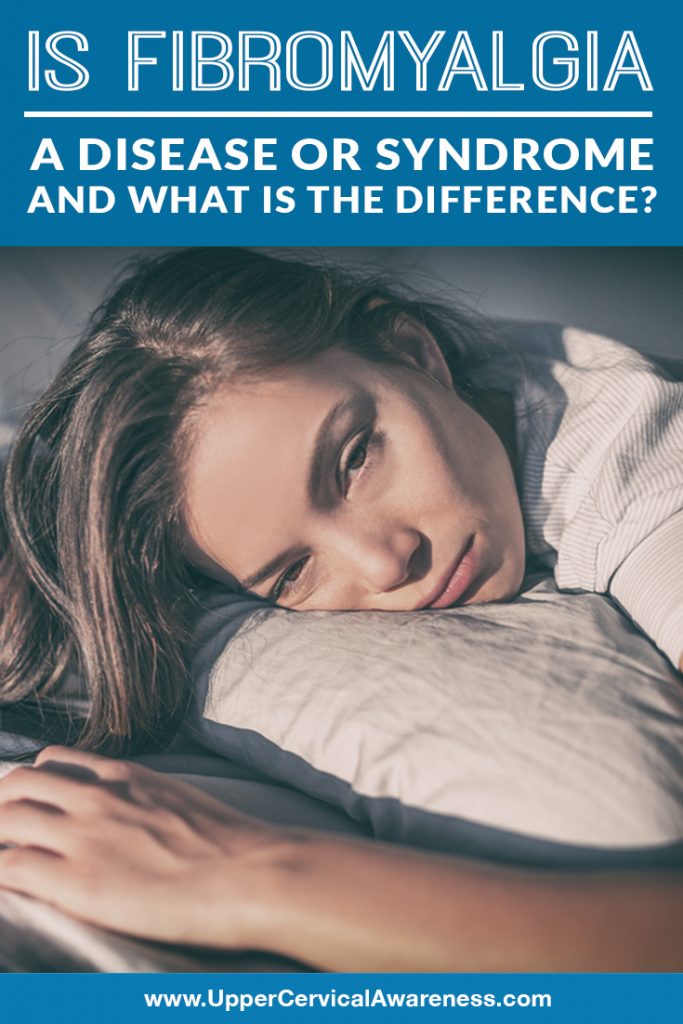 Is fibromyalgia a disease or a syndrome? It is a syndrome. The same is true of chronic fatigue syndrome, although that is a little more well-known because syndrome is in the name of the condition. In our article today, we are going to take a closer look at syndromes versus diseases to see what some of the differences are. We will also look at the stigma attached to these words. Finally, we will discuss a natural therapy that has been able to help some fibromyalgia and chronic fatigue syndrome patients to improve their quality of life.

What Is a Disease?

First things first – we need to define what a disease is. This is surprisingly difficult to do, which could explain why so much confusion exists. To sum it up, a disease has to meet two of the following three criteria:

With that understanding, you can see why fibromyalgia and other symptoms do not fit the bill. First of all, no one knows what causes fibromyalgia. It is almost as though there is no one single cause. Second, the condition presents with a number of different symptoms, but they can vary from person to person in both occurrence and severity. This is why it takes so long to get a diagnosis. It is not like the condition changes a particular marker in the blood that is observable in tests.

What Is a Syndrome?

A syndrome, on the other hand, is much more straightforward. It just applies to a series of symptoms that are likely to occur together. Therefore, whether you have a few or all of the symptoms of fibromyalgia, you still fit the bill. Whether you are experiencing pain, tender points, numbness and tingling, sensory sensitivities, headaches, irritable bowel, sleepiness, fatigue, or any of the other many symptoms of fibromyalgia, you have some of the symptoms occurring at the same time.

The Stigma of a Syndrome Versus a Disease

This is, however, where the stigma comes in. Because a disease is well defined and has a known genesis and symptoms, it accepted by the public as well as medical professionals readily. On the other hand, syndromes are rather vague. Because the symptoms can vary and no one knows the underlying cause, it gives rise to skeptics who say the problem is all in your head or that you are overacting to minor issues.

For a patient with fibromyalgia or a similar condition, the fact that it is a syndrome and not a disease can make a huge difference. Try explaining to a sibling why you couldn’t make it to their anniversary party when your doctor doesn’t have a test to run to confirm your disease. Hold onto a job when your boss wants a note from the doctor explaining what disease has caused you to miss so much work. Explaining to a mate why you’ve lost your job, can help out much around the house, and still don’t have a diagnosis after a couple of years of bouncing from doctor to doctor.

This is the life of a person who is dealing with a chronic syndrome rather than a disease.

Can A Syndrome Become a Disease?

The short answer is yes. It basically comes down to research. Researchers have to find an underlying cause and group together the symptoms in a comprehensive way that may explain why some patients have more symptoms than others.

The classic example is AIDS. The S in AIDS actually stands for syndrome because, at the time, no one knew what caused it. That’s now a misnomer because it received a new classification as a disease. We know what causes it – HIV, a virus. It has a defined symptom set – all of which really goes back to a compromised immune system.

Therefore, it stands to reason that fibromyalgia will someday end up considered a disease. Researchers just have to pinpoint the cause and the specific set of symptoms directly related to that underlying cause. In the meantime, those living with fibromyalgia have to deal with the stigma of having a syndrome.

Help for Those Living with Fibromyalgia

Fibromyalgia can be a debilitating experience, even without the stigma that comes along with it. If you are living with this syndrome, then you should contact an upper cervical specific chiropractic. The focus on the C1 and C2 vertebrae is just what your central nervous system needs in order to thrive. Some patients have even seen complete remission from their symptoms.

If you are living with fibromyalgia, especially if you have a history of head or neck injuries, it makes sense to give this precise and gentle form of chiropractic care a try. Who knows? We may even find out in the future that upper cervical misalignments play a role in the onset of the condition. But until we know what causes fibromyalgia for sure, it just makes sense to try natural solutions that have no severe side effects.

Upper cervical chiropractic care is one such solution. Locate a practitioner in your area by using the search feature on this site and schedule a consultation. It may be your first step to getting your symptoms under control.