Interesting Facts About the Prevalence of Migraines in the US

Interesting Facts About the Prevalence of Migraines in the US 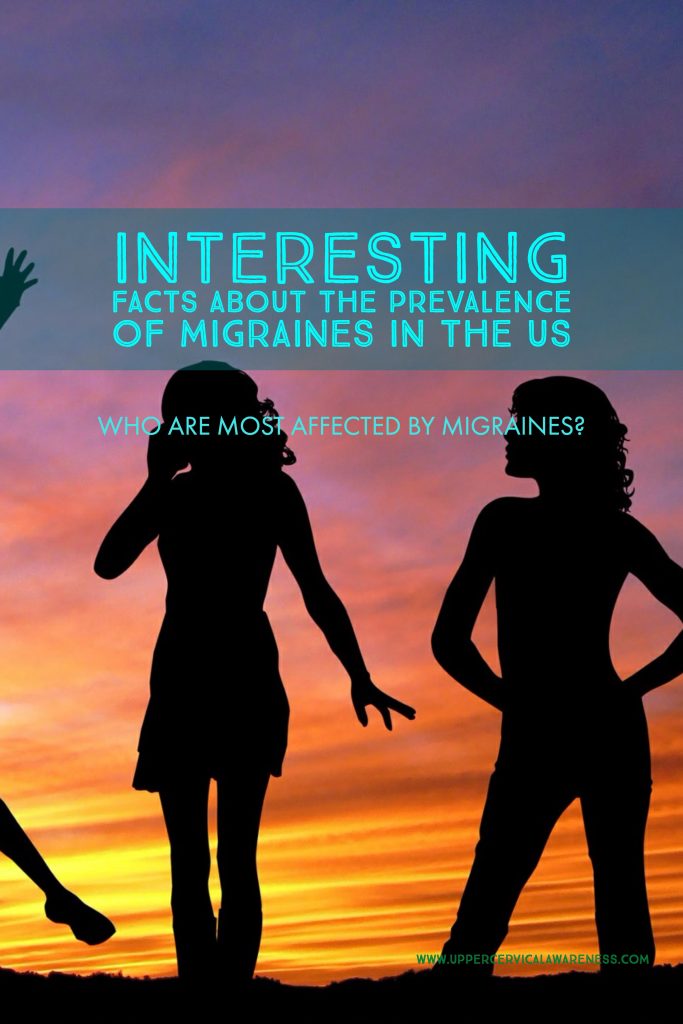 Migraines are a global condition with estimates stating that about 12% of adults have at least the occasional migraine. In the US, about 38 million people deal with migraines. What you may not know is that migraines seem to target certain parts of the population. What do the stats show and what does it mean for finding long-term relief? Consider the following statistics reported by The Headache & Migraine Policy Forum.

Migraine Facts” Who Are Mostly Affected?

Let’s examine the following migraine statistics and the potential factors behind them:

What this adds up to is more than $41 billion being spent on migraine treatments each year in the US. Plus, almost 90% of those who deal with chronic migraines also suffer from at least one other chronic condition such as a mental disorder, high blood pressure, or arthritis. Where can a person turn for long-term relief?

Taking a Whole-Person Approach to Migraines

Rather than taking one pill for migraines and another for each other chronic ailment a person may have, upper cervical chiropractic tries to present a whole-body approach to migraine care. When the C1 and C2 are misaligned, it can affect blood and cerebrospinal fluid flow as well as brainstem function. These conditions can lead to migraines and many other health problems including those often associated with migraines. To learn whether upper cervical chiropractic is the best option for you, contact a local practitioner and schedule a consultation. You may have finally found the help you’ve been searching for.