How Much Do Countries Spend on Migraines?

Home/Migraines / Headaches/How Much Do Countries Spend on Migraines?
Previous Next

How Much Do Countries Spend on Migraines? 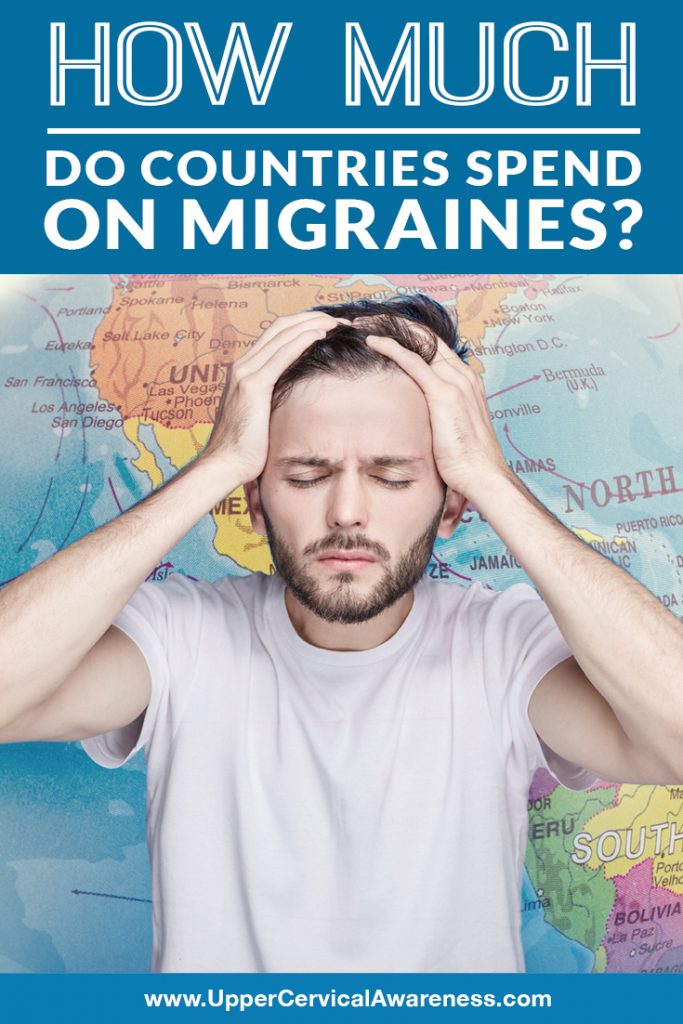 Migraines are a neurological disorder that causes headaches which are sometimes unilateral and that often range from moderate to severe in intensity. In addition, other debilitating symptoms may be present, including aura, nausea, and vomiting.

Migraines do not affect the patient only. It has an impact on the macro level as well, taking a portion of the monetary resources of a whole nation as such. In fact, many countries in the world spend a hefty amount of money for the treatment of migraines.

The condition afflicts about one billion people around the world or up to 14% of the global population. With costs reaching billions, it’s no wonder a study recognized migraines as the second most burdensome illness worldwide. Besides the physical, emotional, and psychosocial effects of migraines on the patient and their family, it also has an impact on the economy.

The high economic costs of migraines include both direct expenses and indirect costs. Direct expenses often comprise of medical care and hospitalization, including carrying of examinations, diagnostic tests, and purchasing of medications. Incidental damages are due to reduced productivity and lost working days of patients.

Let’s take a closer look at how much some countries in the world lose on migraines.

Singapore lost as much as $1.04 billion in 2018 in healthcare costs and productivity losses incurred by its workers, a recently published study reported. Out of the total amount, 80% was due to loss of productivity, stemming from missed workdays or inability of employees to perform daily tasks. The remaining 20% includes healthcare expenses like consultations, medical tests, medications, alternative medicine, and hospitalization.

Looking at the economic evaluations, the United States spent a staggering $11 billion in direct expenses such as medical and pharmacy costs, and another $11 billion in indirect damages including work productivity loss, absenteeism, and disability last year. Employers suffered along with patients, at least financially.

The cost of migraine in the Canadian workplace is more or less $500 million annually. In Ontario alone, the yearly charge due to migraine is at an average of $3,025/patient. Often the money is spent on indirect costs.

The National Health Service (NHS) in the UK spends around £150 million each year for migraine cases. The country loses £3.42 billion per year. The majority of the expenses go to prescription drugs and general practitioner visits. On the other hand, the absenteeism of employees due to migraine costs over £2.25 billion annually. This sum is equivalent to 25 million lost days, including the costs of healthcare, loss of productivity, and disability.

The following are several available treatment options for migraines. Patients can choose from medications, home remedies, and a few other forms of therapy to relieve migraine headaches and other devastating symptoms.

Ibuprofen, Tylenol, and Aspirin are over-the-counter medicines that get rid of mild to moderate migraines. Triptans, a medication that eases inflammation and bulging of blood vessels, may also help with migraines. However, patients with heart problems must consult a doctor before taking any medication as it may cause complications. Another thing to keep in mind is medication overuse which may worsen attacks rather than help.

Preventive pills are taken to avoid attacks of migraines. Some of these medications are meant to cure certain health disorders but tend to work for migraine use as well. Unfortunately, it may come with unpleasant side effects.

A study examined 40 people experiencing frequent migraines. Researchers found that pressure on the PC6 acupoint, which is at the three fingers above the bottom of the wrist within the arm, was successful in easing nausea and vomiting that come with migraines.

Botox is an FDA-approved form of care for chronic migraines. It works by controlling the muscles in the head and preventing pain signals sent to the brain. However, like any drug, it comes with risks.

This is a form of therapy that relaxes tight muscles. Sensors are placed along the forehead, trapezius muscles in the shoulders, and jawline to target the muscles that trigger migraine pain. As a result, the relaxation of these tight muscles help prevent attacks.

Yoga is a form of exercise and meditation technique that boosts blood flow and prevents muscle tension. In return, it can help ease symptoms of migraines. A study put side by side popular migraine relief options with and without the addition of yoga. The researchers saw more significant relief in people who joined in a yoga program than the group who participated in conventional care alone.

Collective data from various studies on migraine show that most of the medical costs in the countries mentioned above end up wasted on ineffective treatments, including exams and diagnostic tests. The current treatment options don’t seem to make people better.

A Unique Solution for Migraines

A remarkable study followed a 35-year-old former figure skater who began experiencing migraines following an accident at age 23. She failed to achieve permanent relief even after taking medications for 12 years. However, after receiving upper cervical chiropractic care for just three months, she shared the elimination of her migraines. There was no report of migraine episodes even after a year after her therapy ended. Many other case studies share similar positive results about upper cervical chiropractic care.