Hormones and Migraines: Their Undeniable Link

Hormones and Migraines: Their Undeniable Link 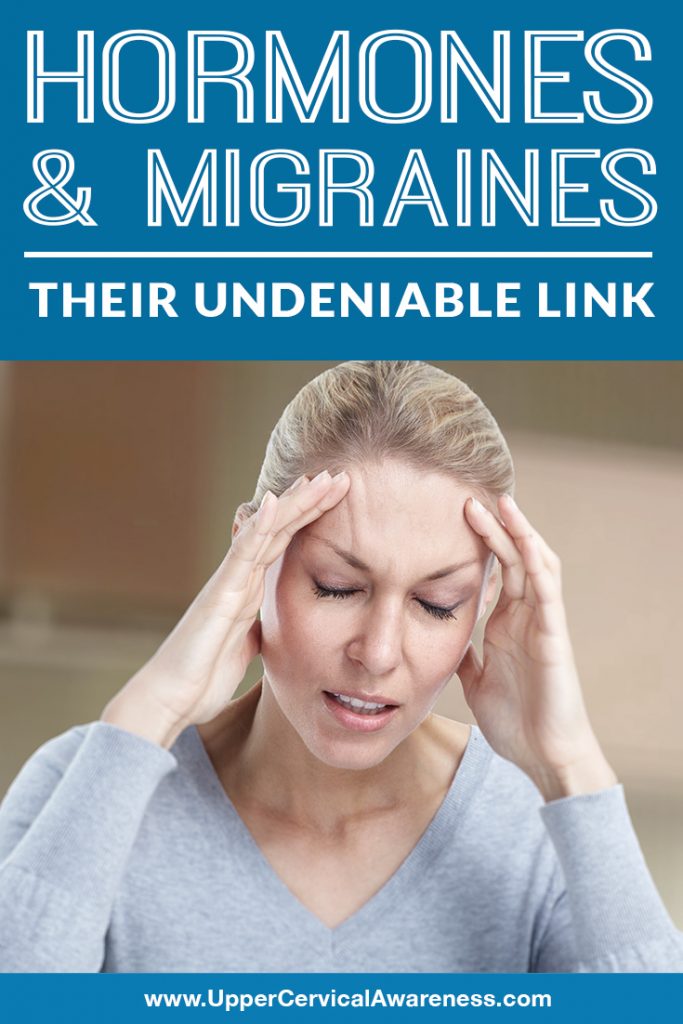 Migraines can ruin anyone’s typical day. People with migraines suffer a throbbing and intense pain, which can last for hours and in some cases, even days. It can cripple anybody’s family and social life while making work a real challenge to hurdle.

Any of the following can trigger migraines:

In general, a migraine attack often occurs for the first time during the teenage years or the early 20s. Migraines barely ever start late in life. Almost 90% of individuals experience the onset of their migraines before they turn 40. Some patients even report that their migraine episodes become less intense and fewer before age 50. Some migraines even stop entirely at that time as well.

Hormones are a major migraine trigger. They are sometimes responsible for migraines attacks. Studies have shown that women experience migraines more than men. Why is this? One primary reason is because of women’s fluctuating hormonal levels. During pregnancy or menstruation, women experience a reduction in their estrogen levels and fluctuating hormones. For this reason, it results in a higher chance of developing migraines.

In general, women become less fertile when they turn 40 years old. At this stage, women’s ovaries gradually stop producing fertile eggs each month. When women reach their perimenopause stage, a female’s period begins to become irregular. Once reaching the menopause stage, this is where their period stops completely. Menopause may happen anytime between the ages of 40 to 60 years in women. A majority of them hit this stage around age 51.

The hormonal cycle may persist for many more years after the last period of a woman. Hormones may not be sufficient to cause menstruation. However, they can still trigger episodes of migraines. Fortunately, this pain usually ends within 2 to 5 years.

Dealing with migraine attacks during menopause is very challenging. Irregularity of the menstrual cycle results in higher pain levels and unpredictability. Most women report suffering from difficulty sleeping due to pain and night sweats. For these reasons, women are subjected to higher stress levels and eventually cause more intense migraine episodes.

The Hormone and Migraine Connection

This reason adds more weight to the belief that fluctuating hormone levels often trigger migraines. If the body’s chemistry experiences change, then it means blood vessels will enlarge or dilate. As a result, it puts added stress on the nerves in the vicinity. Therefore these hormonal migraines become the result.

Women who go to their doctors seeking care for their hormonal migraines have the option to use a patch that infuses estrogen via the skin or try birth control pills. While these treatments will work for a while, there are growing concerns for most women about medications that come along with potentially severe and unwanted side effects. Thankfully, medicines in this day and age are not the only solution available to you.

Upper cervical chiropractic care deals with correcting the spine for migraine relief. Chiropractors who practice this technique regularly see a wide variety of people who suffer from migraines. Even children are no exemption from migraine attacks. In most of the migraine cases, there’s a common link. The shared connection between them all is a misaligned atlas vertebra.

The (C1) atlas is the top bone in the neck. This vertebra is primarily responsible for protecting the brainstem. The brainstem has the vital function of transmitting signals to and from the brain and body. Also, the brainstem makes sure that all bodily systems are functioning at optimum levels.

The brainstem is a component of the central nervous system. When the atlas moves out of position, the result is added stress and tension to the brainstem, causing it to malfunction. Furthermore, it causes the sending of improper signals to the brain, which ultimately leads to inappropriate hormone release.

Upper cervical chiropractors use gentle and precise adjustment to help ensure that the atlas moves back into its correct alignment.  Once corrected, the body functions at its optimum once again. Finally, migraine attacks will decrease or go away completely.

Seek an upper cervical chiropractor near you by using our search button.