Heart Disease And Migraines: What Links Them Both?

Home/Migraines / Headaches/Heart Disease And Migraines: What Links Them Both?
Previous Next

Heart Disease And Migraines: What Links Them Both? 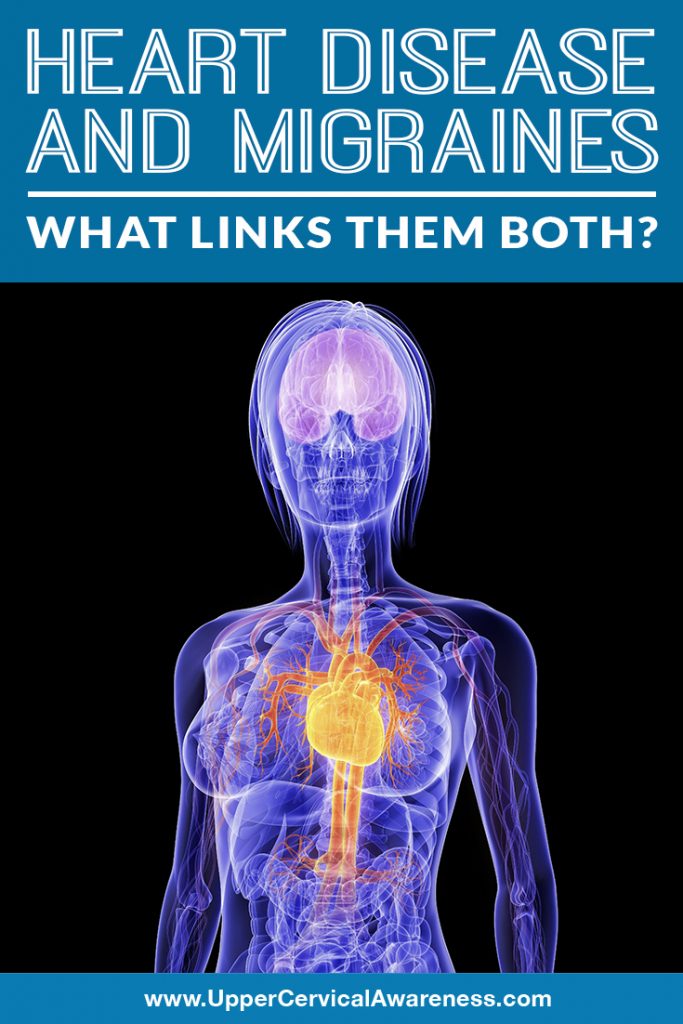 What do you think when somebody tells you they have migraines? Do you imagine just irregular headaches? Do you believe it’s nothing to worry about? While you may be right to a point, however, this is not the whole story.

Migraines are not just really bad or periodic headaches. The truth is, migraines are a collection of disabling neurological symptoms, which includes a terrible headache. Usually, pain appears on only one side of the head. However, in at least one-third of cases, both sides of the head experience excruciating pain. Migraine attacks also occur anywhere between 4 to 72 hours. Here are other symptoms that follow the pounding and throbbing head pain:

What Triggers Your Migraines?

Every person is unique. In other words, each person will experience migraines very differently compared to others. Sometimes, each migraine attack is entirely different too for the same person. Some people get only mild, and others have severe migraine attacks. The kind of migraines you suffer connects with the main symptoms you often get. Migraines usually change from one attack to the next one. Also, a person may deal with more than just one type of migraine.

People used to believe that the constriction and dilation of blood vessels in the head triggered migraine pain. However, nowadays, current studies and advanced technologies changed this perception. The medical community can now see how the brain and the nervous system work together. Therefore, now they agree that migraines involve brain chemicals and nerve pathways. Also, migraines have a hereditary factor, as proven by 90% of people with migraines having at least a family member suffering.

A Harvard study, the Nurses Health Study II, observed 541 women of different ages, ranging from 25 to 42 years old, from 1989 to 2011. When the research started, only 15% of the women had migraines. After 22 years, these were the results:

Further, the researchers recorded people who smoked and those who had other risk factors. Study results showed that those with migraines had a 50% increased risk of having cardiovascular diseases. The findings also revealed the following information concerning women with migraines:

Experts advise people with migraines to be vigilant and be more careful. The results of the study show there is a clear and present danger involved with migraines. Always take care and pay careful attention to the signs of a stroke or heart attack.

This recent study backed up the previous study’s findings. This particular one happened in Denmark, and a medical journal, the BMJ, recorded the results. The study revealed a higher risk of stroke, atrial fibrillation (an irregular heart rhythm), heart attack, and blood clots beginning in individuals’ veins, most notably among those with migraines.

This study not only confirmed there is a link between migraines and heart disease. It also verified that other heart conditions are involved. As a result, heart problems like atrial fibrillation and blood clots were also a high risk. The study also included many individuals, providing researchers with added clues about how migraines would impact cardiovascular issues at a population level.

There are a few reasons why people with migraines are more at risk of having cardiovascular diseases:

Most people with migraines take the easy way out, or so they would think. They would immediately turn to a bottle of pain relievers, believing it to be a quick and easy answer to fight off migraine pain. However, it is only a temporary solution at best. Often, medication has serious side effects involved. If your migraines’ underlying cause becomes ignored, it can cause complications and severe health problems later on. As discussed earlier, there is a high risk of putting your heart at risk.

To find long-term care, what you need is to address the root cause of your migraine problem. Most migraines are due to a misalignment in the upper cervical spine’s top bones, particularly the atlas (C1) and axis (C2) vertebrae. These bones are susceptible to misalignment due to any of the following reasons:

Upper cervical chiropractors use a tried-and-tested method. It is a natural, non-invasive technique that restores the proper blood flow exiting and entering the brain. We correct the misalignment in a gentle and highly precise manner. We encourage the bones to move back into their proper positions without excess force. Numerous patients experience significant improvements in their migraines after receiving upper cervical chiropractic care.