2020 Guide to Migraines: Facts vs Lies

Home/Migraines / Headaches/2020 Guide to Migraines: Facts vs Lies
Previous Next

2020 Guide to Migraines: Facts vs Lies 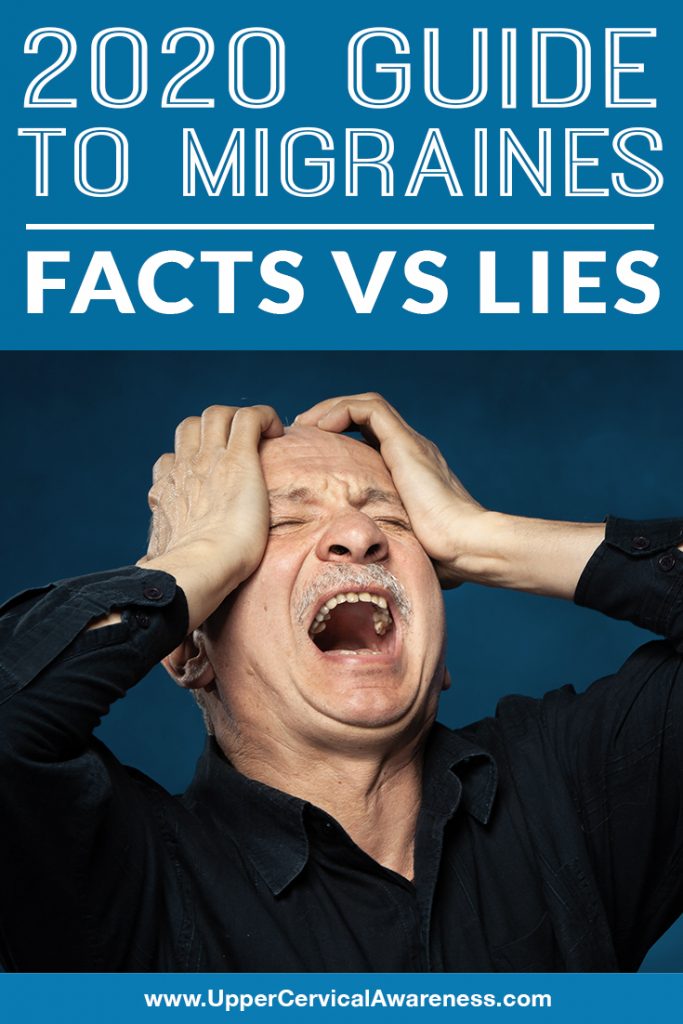 Since we’ve reached a new decade, this would be the perfect time to get rid of age-old misconceptions about illnesses, particularly migraines.

If your goal is to achieve lasting relief from migraines, your first step should be recognizing the lies about the disorder.

Continuous belief in lies hinders patients from getting the right treatment. Therefore, letting go of the myths shall help you reduce or eliminate successfully the symptoms that accompany your condition.

The Truths About Migraines

Before we go over the migraine lies, let’s first discuss what migraines truly are.

Migraines are one of the leading sources of headaches. The pain usually ranges from moderate to severe, and they can pose either as pounding or throbbing headache.

More often, it affects only one side of the head. However, it can also disturb both sides of the head, although that is less common. Patients may also feel the pain in their face and neck.

Its attacks can leave a patient temporarily bedbound for a couple of days. Many migraineurs are sensitive to sounds, certain odors, and light.

They may also suffer from nausea and vomiting. Movements can worsen nausea, causing many patients to rest in bed until an attack passes.

A study revealed that 25% of migraineurs experience an aura before a migraine. Aura is a short-lived neurological syndrome that develops slowly and stops as soon as it begins.

Visual disturbances such as zigzag lines, flashing lights, and blind spots are the most common auras. However, some patients get vertigo, trouble speaking, numbness, or cognitive issues. An aura may happen even without a headache.

The Lies About Migraines

Below are some misinformation about migraines that we need to kill as soon as possible.

This is wrong as migraine is a neurological disorder. It is not “just in the head” of people who have it as the condition is much more complicated. The whole body is involved in it.

During an episode of migraine, the blood vessels in the brain enlarge, causing intense pain. As mentioned earlier, it may affect one or both sides of the head. Migraineurs may also experience vomiting, and sensitivity to sounds, lights, and smells.

A study named migraine as the second most burdensome disorder around the world as it can greatly impact the work and social life of a person.

Small movements or even talking can aggravate the pain of migraines. As a result, many people have decreased productivity during an attack. Some even miss work or become temporarily disabled.

In addition, they may also miss important family occasions. Imagine a full-blown attack happening just before you go on a family outing. It would inevitably affect your attendance.

For these reasons, many people opt to just rest in a dark, cold room until the pain goes away. It is vital to educate your family and friends about your condition to avoid tension with them.

People often assume any headache as a migraine, and likewise, a migraine as just an average headache. Again, migraines are more than just a headache. It is a neurological condition that involves other symptoms, affecting the entire body.

Its pain often lasts longer than a headache. We advise that you teach your coworkers, friends, and family about migraines to avoid the misconceptions and stigma surrounding the disorder.

This is false, as several migraine relief options are very accessible for patients. Medication is one. Over-the-counter pain relievers can help minimize the pain that migraine brings. Another is upper cervical chiropractic. This form of care gets to the heart of the root cause of migraines. It has helped hundreds of patients in case studies manage their migraine symptoms.

There is one thing common in all the patients observed in those case studies – all of them have a history of misalignment in the bones of the neck (upper cervical spine).

The C1 and C2 vertebrae are prone to misaligning because of their mobility and shape. Anything from a minor fall to a severe car accident can be the cause of misalignment. Since these bones are within the region of the brainstem, their misalignments can hurt the functions of the brainstem.

These things can be the result, which brings about the onset of migraines:

Upper cervical chiropractic realigns these bones through gentle adjustments. This technique does not involve the popping or cracking of the bones. Instead, upper cervical doctors encourage the bones to return to their right positions.

Once corrections have been successful, healing can follow, and optimum functions of the brainstem can return. As a result, many patients can enjoy the improvement in the severity and frequency of their migraine attacks. It is also possible that migraines may reverse entirely.

We urge you to consult an upper cervical chiropractor to see for your self the benefits of this amazing natural therapy. Click below to choose from our list of upper cervical doctors.