Forecasting Migraines: A New Way to Help Prevent Them?

Home/Migraines / Headaches/Forecasting Migraines: A New Way to Help Prevent Them?
Previous Next

Forecasting Migraines: A New Way to Help Prevent Them? 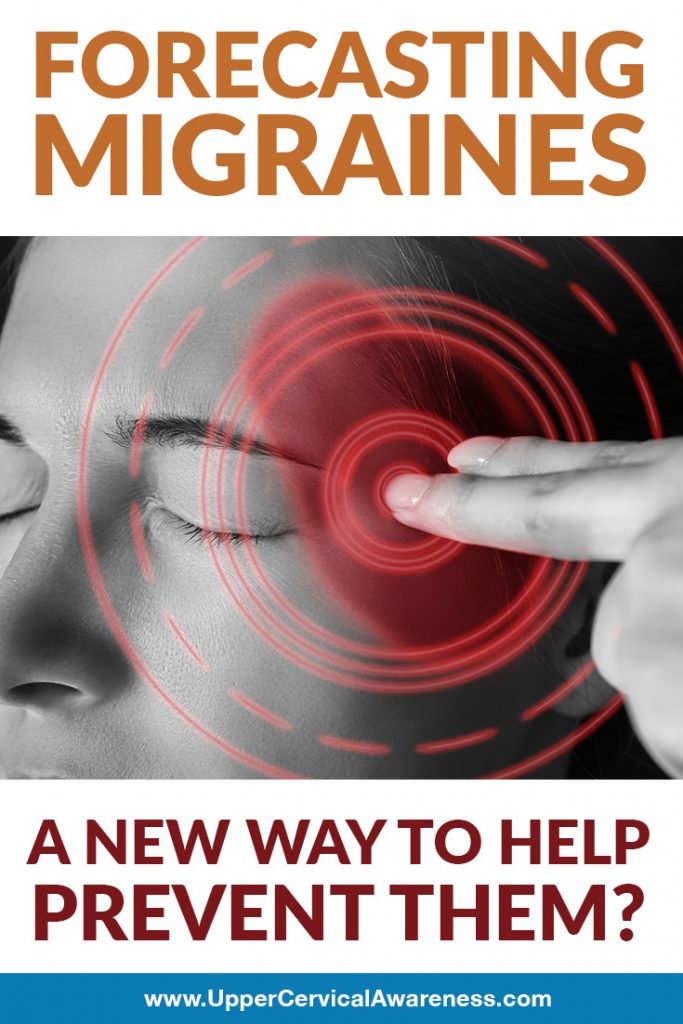 Migraines are a neurological condition that seems to be becoming more and more commonplace. The most recognized symptom is head pain that is moderate to severe and usually one-sided. It is often described as throbbing or pounding and may last several hours. Because of the intensity of the head pain, you may be confined to a dark room until it subsides. Nausea, vomiting, and light and sound sensitivity may also occur. Women get migraines about three times as often as men.

If you can predict when a migraine will attack, it makes it much easier to avoid getting one altogether. Potential migraine triggers include:

Researchers from Massachusetts General Hospital in Boston wanted to work on developing a way to predict when migraines would occur. They recruited 95 people who had kept a total of 4,195 days of data in their migraine diary. Those participating had migraines for 38.5 percent of the time. One of their discoveries was that stress was more likely to be greater before a migraine happened. Their conclusion was that the model developed was a good start, but more research was needed to make it more accurate before it can be widely used.

While this information is helpful, what if there was a natural, effective way to prevent migraines? If this sounds appealing to you, keep reading.

Upper cervical chiropractors understand how neck misalignments can be the underlying cause of migraines. A misalignment in the C1 or C2 vertebrae can put pressure on the brainstem causing it to malfunction. This, in turn, may lead to headaches as improper signals reach the brain or blood flow is restricted.

Using a gentle and precise method, we are able to help the bones of the neck to realign without popping or cracking the spine. This leads to a restoration of communication within the body and has helped many to gain control of their migraines. Some have seen them go away and not return.