Foods: Not in Top 10 for Common Migraine Triggers

Home/Headaches, Migraines / Headaches/Foods: Not in Top 10 for Common Migraine Triggers
Previous Next

Foods: Not in Top 10 for Common Migraine Triggers 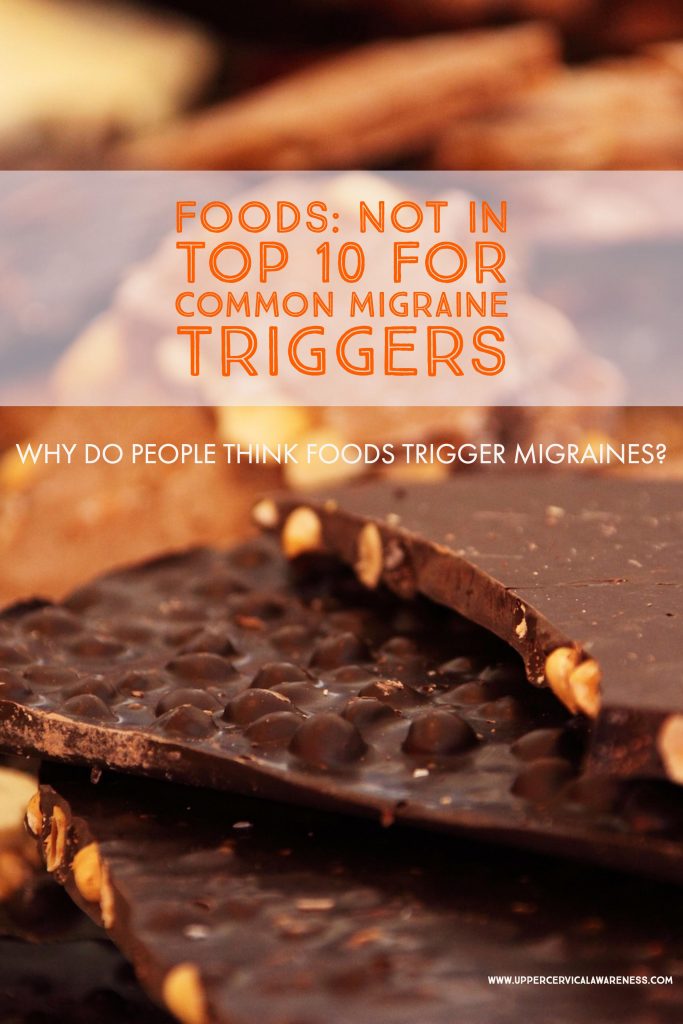 If you were worried that you might need to cut out your favorite foods to prevent migraines, we have some good news for you. According to some recent research, foods don’t even hit the top 10 when it comes to migraine triggers. What caused this common misconception, what really triggers a migraine, and how can you find natural relief? Read on to learn more.

Researchers have discovered that certain food cravings are part of a migraine prodrome (symptoms that occur in the hours prior to the onset of a migraine. As a result, patients partake of the foods they are craving (i.e. chocolate) and then when a migraine occurs they blame the food. However, the migraine was coming one way or another, and the craving itself was the sign.

It’s important to note that foods are an actual trigger for about 10%-20% of migraineurs, so you still need to identify your personal migraine triggers. However, the most common issues are either foods that you are already allergic or sensitive too (and should be avoiding anyway) or highly processed foods such as fast food.

Migraine Triggers that Are Actually Common

The most common triggers for migraines include:

Finding Natural Relief from the Pain of Migraines

Triggers are not the only misconception about migraines. Another is in connection with symptoms. According to studies, neck pain takes place either before, during, or after a migraine for 75% of patients. This makes sense because perhaps the most commonly overlooked underlying cause of migraines is an upper cervical misalignment.

Upper cervical chiropractors specialize in correcting misalignments of the atlas and axis (C1 and C2 vertebrae). For many migraineurs, this has led to reduced or eliminated symptoms. To learn more about this effective form of care, schedule a consultation with a practitioner near you.