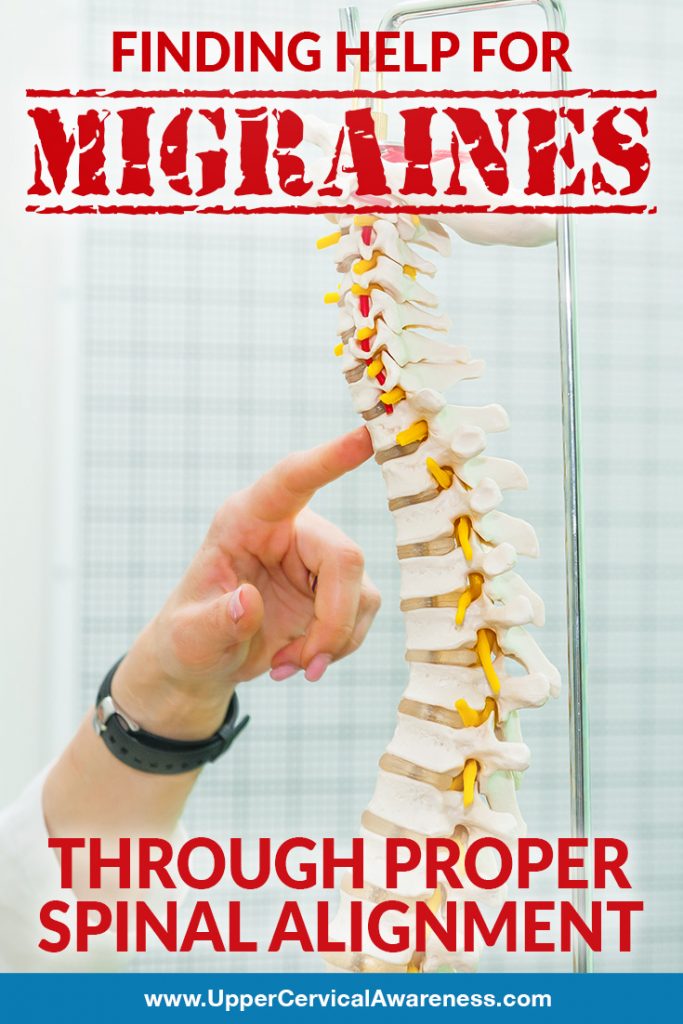 Migraines are a collection of neurological symptoms that come together to create an extremely incapacitating health problem. It seems as if almost everyone knows someone who has migraines. Even after many years of research, it is still unknown what causes migraines to occur. What we do know, is that migraines are not well understood, are often misdiagnosed, and, sadly, are not properly cared for.

The latest thinking about where migraine symptoms come from reflects the advances in technology that help us figure out how the brain and nervous system work in sync with each other. It was previously thought the constriction and dilation of blood vessels in the head were the source of migraine pain. However, it is now believed by researchers that migraines are neurological in nature and have more to do with nerve pathways and brain chemicals than blood vessels. It is also observed that migraines run in families. This is not the only answer, however. Environmental factors play a huge role as well.

It is important to understand that migraines are not just really bad headaches. They are very disabling and are known for:

It’s good to remember that everyone is different and what symptoms one person has are not always the same as what you might have. In fact, each migraine episode can produce different symptoms in the same person.

Many people opt for over-the-counter painkillers to help them cope with their migraines. They often prefer self-care to seeing their doctor for advice. As many as half of all migraine sufferers go undiagnosed. In order to diagnose a migraine, doctors need to analyze symptoms, go over family history, eliminate other possible causes, and order specific medical tests.

While triggers are not the source of migraines, they can cause a migraine to begin. These can be different for different people. Triggers are similar to risk factors, and several can work together to create the right environment for migraines. The fewer triggers you have at one time, the greater your chance is of preventing migraines. Some very common triggers are:

What Role Does the Upper Cervical Spine Play in Migraines?

Another clue comes from the Maryland School of Dentistry. In an effort to better understand migraines, the researchers looked closely at the superior colliculus, an area in the middle of the brain that receives information about hearing, vision, and sensation. A problem with this part of the brain can be the reason those with migraines often have sensitivities to light, sound, and touch. The superior colliculus could have become hyper-sensitive in those with migraines.

A preliminary study found that those with migraines have an increase in their blood oxygen levels in this part of the brain. This is an abnormal activity. They also noted that the dura — the super sensitive tissue that surrounds the brain — was producing significantly more input than normal. Sensitive nerves in the dura have something to do with migraines.

The next phase of this study has to do with studying the actual brains of people with migraines at the time they are having them to see what changes in blood levels and oxygen levels are. The researchers state that the first steps in finding help for migraines is understanding just how they work.

If a misalignment is present in either the C1 or C2 vertebra, blood and cerebrospinal fluid flow can be hindered. It may also limit the communication between the brain and body. This causes the brain to not function at its optimum and can easily lead to migraines. In order to correct this problem, the bones that are out of alignment need to be put back into their proper place.

Upper cervical chiropractors are capable of doing this through a gentle and unique method. There are a small number of doctors around the world who practice this technique. It differs from traditional chiropractic care in that it does not require us to pop or crack the neck to get the desired results. Instead, we encourage the neck bones to move back into place on their own, resulting in a longer-lasting adjustment.

A study conducted of 11 migraine patients revealed interesting results when this method was applied. The majority of them recalled having some type of trauma to their head or neck before the onset of their migraines. An examination revealed that all of them had a misalignment in the bones of the upper neck vertebrae. Within 1 to 8 months of care, they all noticed a significant improvement in their migraines. Some patients even saw them go away entirely.

Rather than dealing with the pain of migraines, why not give this method a try?