Fibromyalgia: What’s with All the Pain? Can It Be Relieved?

Fibromyalgia: What’s with All the Pain? Can It Be Relieved? 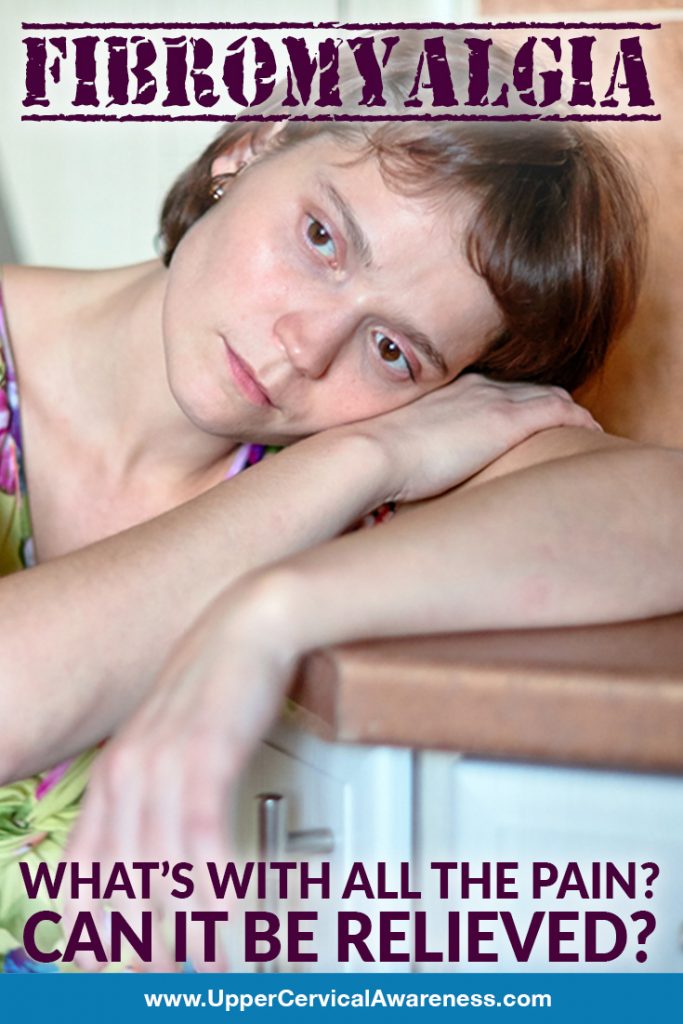 Fibromyalgia (FM) is ranked as the second most common condition impacting your bones and muscles. However, it is widely misunderstood and often misdiagnosed. It is known to cause widespread muscle and joint pain along with fatigue. Fibromyalgia affects up to 8 percent of the population. Women are diagnosed two times more often than men. It does not discriminate against areas of the world or cultures. The term fibromyalgia comes from the Latin word fibro, meaning fibrous tissue, the Greek word myo, meaning muscle, and the Greek word aigos meaning pain. Therefore, the term literally means muscle and fibrous connective tissue pain.

Researchers and doctors remain stumped as to the cause of FM. However, some feel it is a problem with how the brain, spinal cord, and brainstem process pain signals from your nerves. You are at higher risk to develop this condition if you fit the following criteria: You —

As mentioned, increased sensitivity to pain is the number one symptom of fibromyalgia. It is also noted that many people with fibromyalgia have other associated conditions. It is because the symptoms of these conditions can overlap the symptoms of FM that it can be referred to as a syndrome rather than a disease. Just because you may exhibit the following symptoms, do not assume you have fibromyalgia. This is for a professional to diagnose. Some common signs of FM are:

Fibromyalgia has often been referred to as the great imitator due to the fact that its symptoms mimic many symptoms of other disorders. This makes diagnosing it very difficult. There are, however, some small differences between these illnesses and FM. Here is a list of conditions that have symptoms similar to FM:

In addition, people with fibromyalgia are also at a greater risk of developing other disorders that can make their symptoms much worse. These include:

Does Trauma Cause Fibromyalgia?

It has been seen that many fibromyalgia patients report some type of event before the onset of the condition, usually involving a physical trauma to the head or neck. In fact, those who research FM often list head and neck trauma as a primary cause of fibromyalgia.

Researchers believe that head and neck trauma triggers changes in the brain. This can include the abnormal production of stress hormones and neurotransmitters that signal pain receptors in the brain. In short, this can lead to the onset of fibromyalgia.

What can cause head and neck trauma? Things such as whiplash or a concussion due to a motor vehicle accident and falls because of high-impact sports such as surfing, gymnastics, soccer, and horseback riding. Any of these can cause ligaments that are supporting the head neck to be sprained or stretched, making the upper cervical vertebrae move out of their normal position. This puts stress on the brainstem and causes it to send improper signals to the brain. If the brainstem tells the brain that the body is experiencing pain when it is not experiencing pain, fibromyalgia can follow. Numerous studies have shown that upper cervical chiropractic care can help.

Results of a Fibromyalgia Study

One study looked at 23 cases of fibromyalgia accompanied by chronic fatigue syndrome. Researchers observed these cases for a year. The condition had been present in patients anywhere from 2 to 35 years. The symptoms varied from moderate to severe. An upper cervical chiropractor stabilizing their spines. After that, all of the 23 patients noted an improvement in their condition. They were all able to resume normal activities, including going to work full-time.

One person, in particular, was a 55-year-old woman that complained of neck, mid-back, hip, foot, and elbow pain along with fatigue. She was a former gymnast and fell when she was 20 years old. The woman had pursued many forms of care but found no relief. She began receiving care from an upper cervical chiropractor, and within 15 weeks, she saw her fibromyalgia and chronic fatigue symptoms go away. The woman was able to return to work full-time and only had two minor flare-ups that later resolved. She was followed up on after two years. She only sees her upper cervical chiropractor 4 times a year and continues to be symptom-free.

Upper cervical chiropractors use a very gentle and unique method to help the bones of the neck to realign without the use of force. We do not pop or crack the bones of the spine for positive results. Rather, we encourage the bones to realign more naturally, leading to similar results as those stated above.