Fibromyalgia Symptoms You Absolutely Must Know About

Fibromyalgia Symptoms You Absolutely Must Know About 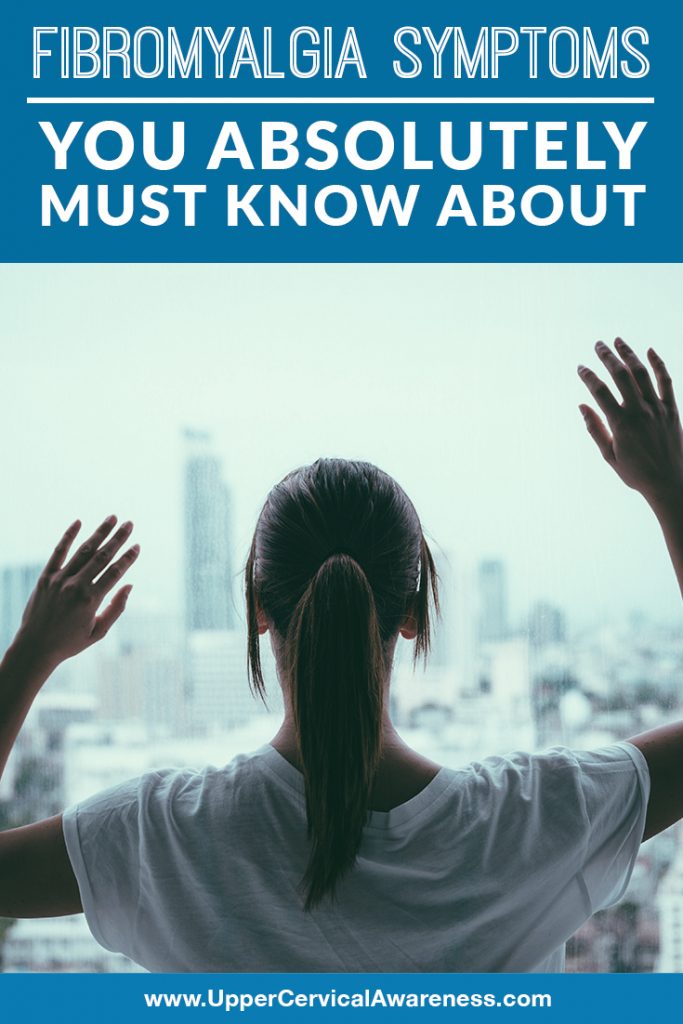 Fibromyalgia symptoms go way beyond the chronic pain. If you have been suffering from fibromyalgia, you know this well. We’re going to consider some of the symptoms of fibromyalgia, as well as a natural therapy that has been able to provide relief for some patients in case studies. These cases offer hope that natural help may be possible.

Since pain is the symptom most people recognize, we won’t spend a lot of time talking about the general aches and pains that someone may feel when dealing with this condition. Besides widespread pain and stiffness, which can lead to inactivity and foment even more joint problems, there are other pains of fibromyalgia. For example:

But again, there is much more to fibromyalgia than pain. Many symptoms are related to the senses.

Some researchers believe that the sensory symptoms of fibromyalgia (As well as some of the pain) is related to a phenomenon in the body called central sensitization. When the body faces a dangerous situation, the senses are amped up to encourage a faster response to stimuli. For example, when you touch a hot pan, the pain is intense and causes you to let go immediately. However, the intense pain usually stops within moments after you release the pan.

Imagine if your nervous system remained in this state of windup all the time. It could lead to increased pain as well as these other fibromyalgia symptoms:

While the sensory sensitivities are enough to make you want to hide in a dark and quiet room until the flare-up ends, perhaps the most debilitating symptoms have to do with what is often called “fibro fog”.

Do you find it tough to think, especially when the condition has flared up? Here are some of the fibro fog symptoms that can leave a person unable to function from day to day without assistance.

This was definitely the short list of the complications of fibromyalgia. We didn’t even get to mention the gastrointestinal symptoms, the sleep problems, or the mood disorders that often accompany the pain, sensory sensitivities, and cognitive symptoms.

However, the point of this article is not to remind you of all the difficulties you are dealing with. It is to show you that all of these symptoms can be related back to the alignment of a tiny bone that may affect the entire central nervous system. It is called the atlas.

The Atlas and Fibromyalgia

The atlas (top bone in the spine) is located at the base of the skull. It surrounds the brainstem and helps to facilitate the proper flow of blood and cerebrospinal fluid to and from the brain. Even the slightest of misalignments can affect the central nervous system negatively and lead to the majority of the symptoms we just discussed. Could this be at the root of your health problems?

If you are ready to get your life back under control, upper cervical chiropractic may offer you the natural solution you’ve been searching for. Contact a practitioner in your local area today to learn more.