Fibromyalgia in Children and Teens — What Can Help?

Fibromyalgia in Children and Teens — What Can Help? 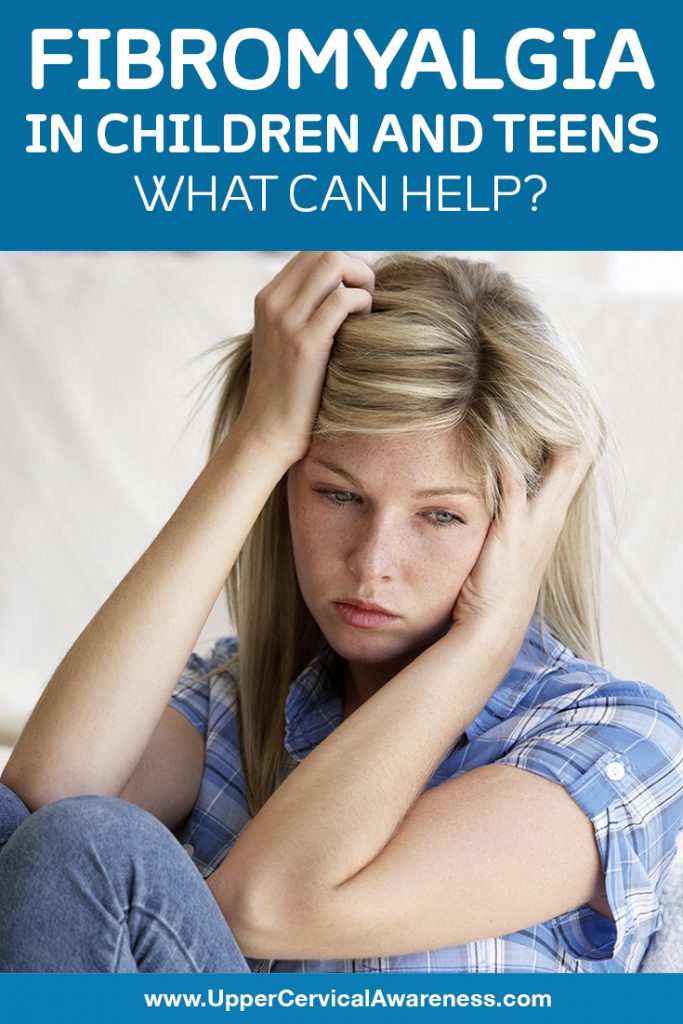 Hearing the diagnosis of fibromyalgia (FM) can be a very scary thing. But, if you are a parent and it is your child who has a diagnosis, it can be terrifying. Do you suspect your child may have fibromyalgia? There is no simple throat swab or actual test to confirm or deny the existence of fibromyalgia. If you notice your child complaining of fatigue all the time, feeling achy, and having problems sleeping, you may suspect fibromyalgia. However, these symptoms can be part of a number of illnesses. This is why fibromyalgia is often overlooked in children and teens. It is also pretty rare, as it is mostly common in adults. Most people with FM are women over the age of 18. Children only make up around 7 percent of those with fibromyalgia.

Symptoms of Fibromyalgia in Teens and Children

The following symptoms are often seen in children and teens with fibromyalgia.

Children who have a parent with fibromyalgia are more likely to develop it. This suggests there is a genetic component to the condition. Children who have irritable bowel syndrome, sleep disorders, or premenstrual syndrome are at a higher risk to get FM. No one really knows what causes fibromyalgia. In addition to the genetic link, there may be a connection to other health conditions, including immune, psychological, biochemical, and endocrine problems.

Diagnosis Fibromyalgia in Children and Teens

The tender spots, mentioned above, are sore spots on the muscles. They feel sore even when light pressure is put on them. To locate these spots, the doctor presses his or her thumb on 18 different areas that are usually sore with FM patients. Kids with fibromyalgia will feel soreness in at least 5. To be diagnosed, the child will also have had symptoms for at least three months.

With children, the soreness may begin in just one area of the body but eventually progress to other parts of the body. The pain has been described as aching, burning, tightness, tenderness, or stiffness by children with FM.

Caring for Kids with Fibromyalgia

This generally requires teamwork. A group of specialists often work together to help children with FM to cope. This team is made up of the following people:

Some traditional ways to care for FM in children and teens may be suggested:

The same medications used to help adults may be suggested for children. However, the safety and effectiveness of these drugs have not been well studied in children.

Children with FM tend to be less active. This is understandable because of the pain they are experiencing. However, it is important to encourage your child to exercise as much as possible. A physical therapist can suggest exercises for your child to do and teach them how to begin gradually so as not to inflict further stress or pain on their body.

Here are some suggestions for helping your child ease into his routine at school with his or her diagnosis of fibromyalgia.

Use a workable schedule

It is important to work with school officials and help them set up a good, manageable schedule for your child. Keeping gym class at the proper time during the day and educating staff about your child’s limitations are all vital.

Don’t focus on the illness at home

When your child arrives home from school, don’t ask him or her all about their illness. Rather, focus on the good things happening with them at school, whether that has to do with friendships or their favorite teacher. Keep the focus off of their health condition. If they are having a problem, they will let you know.

Create a safe place for them at school

Work with school officials to have a place of retreat available for your child if he or she gets overwhelmed. It may be at the nurse’s office or some other area where they can de-stress. They may need more breaks than the average child.

Upper cervical chiropractic is an alternative form of care that can bring long-term benefits. It has been determined through various case studies that fibromyalgia can be the result of a misalignment in the bones of the upper cervical spine, particularly the C1 and C2. This type of misalignment can happen due to sporting injuries, roughhousing, tripping and falling, or any other activity children take part in that can impact their head or neck. Using a gentle method, we realign the bones of the neck. This allows the body and brain to communicate properly once again. When the body begins to heal, fibromyalgia symptoms often decrease or go away completely.