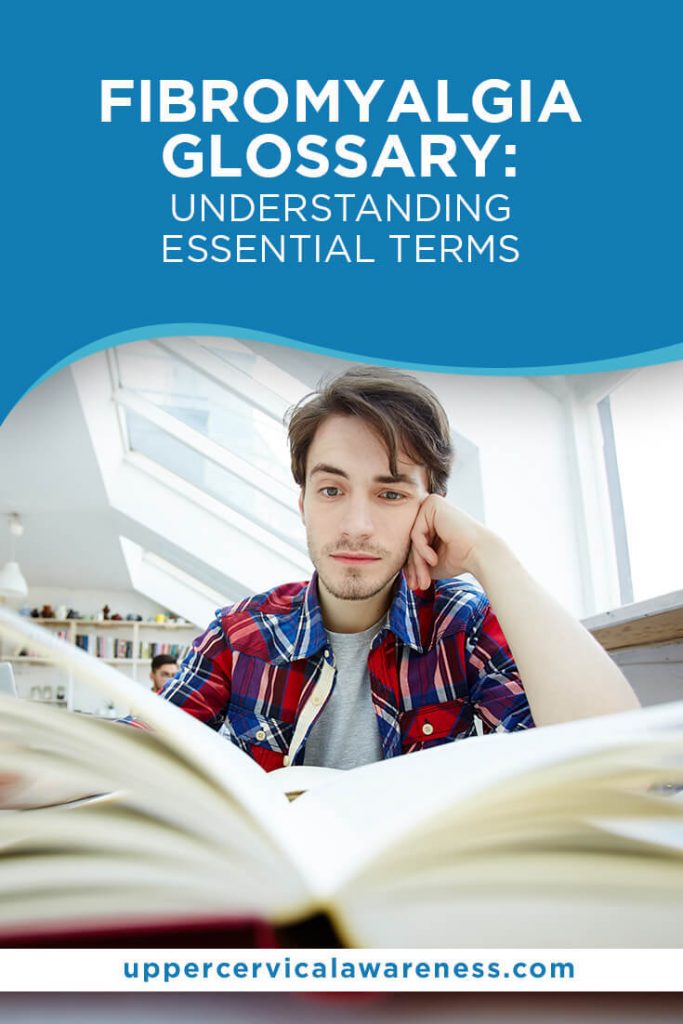 Dealing with unpopular health problems such as fibromyalgia can be puzzling and worrisome. So here, we put together a fibromyalgia glossary to help you understand terms and phrases linked to fibromyalgia.

You may want to bookmark this blog and make it your go-to reference in coping and managing your symptoms better. This can also be helpful to those who are considering or currently undergoing fibromyalgia chiropractic care. Find out the meaning behind fibromyalgia-terms such as allodynia, chronic fatigue syndrome, fibro fog, and more below.

An uncommon symptom caused by nerve-related conditions but often seen in fibromyalgia patients. They feel pain from a stimulus such as a touch or a temperature, usually something that typically is not painful. Simple examples include touching your skin lightly, or usual hair brushing might feel painful.

It can commonly be referred to as pain-reliever drugs providing temporary relief for pain associated with fibromyalgia.

A type of medication that can provide temporary pain relief and reduce inflammation in the body.

A tough, resilient connective tissue covering and providing cushion at the ends of the bone serves as a shock absorber when injuries occur. Inflammation caused by fibromyalgia affecting the upper ribs and breastbone cartilage can result in costochondritis.

Our central nervous system is consists of the brain and the spinal cord. Studies support the link between fibromyalgia and malfunction in the central nervous system. Our brain is responsible for our thoughts and the processing and interpretation of information coming from different body parts and senses. Your spine serves as the bridge between the body and brain; once it becomes injured or damaged, the communication between the body and brain becomes disrupted.

This means increased excitability of the central nervous system nerve cells in response to a stimulus. It’s a hypersensitivity caused by stimuli from things that were not usually painful. Fibromyalgia is believed to be related to central sensitization.

They are healthcare professionals specializing in providing care and relief from pain and other help problems through precise adjustments of the bones’ misalignments and other conditions involving muscles or joints. If you’re dealing with pain caused by fibromyalgia, a consultation with a fibromyalgia chiropractic doctor may be the care you need.

Also called Myalgic encephalomyelitis is a prolonged or extreme feeling of tiredness or fatigue that does not go away even after supposed rest or sleep. Fibromyalgia is sometimes mistaken as chronic fatigue syndrome.

A term referring to mental processes including thinking, being aware, knowing, remembering, problem-solving, and judging.

Known as tiredness, this is a feeling of exhaustion or lethargy, or lack of energy. It is often accompanied by a lack of interest and a heightened desire to sleep. Fibromyalgia patients may show this symptom.

An acronym used for Fibromyalgia Syndrome.

The increase in symptoms caused by fibromyalgia. Patients typically feel aches, discomfort, fatigue, pain, and stiffness when this happens. Your licensed fibromyalgia chiropractic doctor can help you reduce or eliminate these flare-ups.

This is a condition causing increased sensitivity and extreme response to pain and is familiar to people who have fibromyalgia. 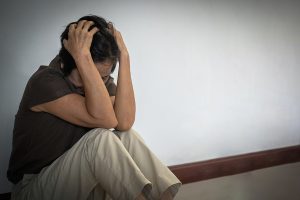 This is a usual reaction of our bodily tissues to viruses, bacteria, injuries, or other diseases. When inflammation occurs, our tissues experience swelling, redness, heat, and pain.

This term is used for fibromyalgia in children and adolescents.

A pain described as stabbing, burning, and severe caused by a damaged nerve. The damage may come from anywhere in the body, and the pain accompanying it is usually not short-term.

Inflammation of the nerves located at the peripheral nervous system or those found outside the brain and the spine.

This is pain caused by an abnormality, trauma, or disease of the nerves. Neuropathy is the damage or dysfunction of one or more nerves resulting in a tingling feeling, weakness in the muscles, numbness, and pain in the affected area. Usually, they start in the hands or feet, but other body parts can also be affected.

This term refers to prickling, or burning sensation felt in the arms, hands, legs, feet, or other body parts. This usually is painless and happens without any warning signs or indication.

People who have fibromyalgia are likely to have restless leg syndrome, a condition causing an uncomfortable sensation in the leg that usually happens at night when sitting or lying down. This can disrupt sleep due to an uncontrollable urge to move your legs because it temporarily eases the uncomfortable feeling it brings.

This condition usually shares symptoms with fibromyalgia, such as fatigue and stiffness, but there’s a key difference between their similar symptoms. The pain comes and goes with RA, while fibromyalgia pain is felt constantly and triggered by touch or other stimuli. As a result, those with RA are likely to develop fibromyalgia.

A term relating to sensations such as pain, touch, temperature. Sensory overload can cause significant effects to those who have fibromyalgia. Once this happens, the patient can feel panicky, confused, or overwhelmed.

These are a sudden and involuntary contraction of muscles, causing them to shorten, squeeze together or clench tight, which is uncomfortable and painful for those with fibromyalgia.

There are 18 minor tender points of those parts painful to touch in fibromyalgia. Initially, these were used as a diagnostic tool due to limited options; nowadays, these tender points are no longer the definite signs pointing to fibromyalgia as it is not a consistent syndrome. However, these are not the only places wherein fibromyalgia-related pain is felt.

The deficiency of these vitamins may bring about fibromyalgia-related symptoms. Possibly, these deficiencies are partly responsible for low energy levels causing fatigue.

Seeking chiropractic care focused on your upper cervical spine can lead to improved symptoms brought about by fibromyalgia. Suppose you have already become more familiar with the terms we listed above; it can now be easier to discuss your symptoms and main concerns with your attending licensed chiropractor.

If you’re clueless about where you can find a fibromyalgia chiropractic doctor near you, check out the Upper Cervical Awareness directory, and you will find there a list of well-trained and highly experienced doctors to make sure you get the proper care. So don’t let the pain and symptoms of fibromyalgia take over your life; find the best doctor for you by clicking here.