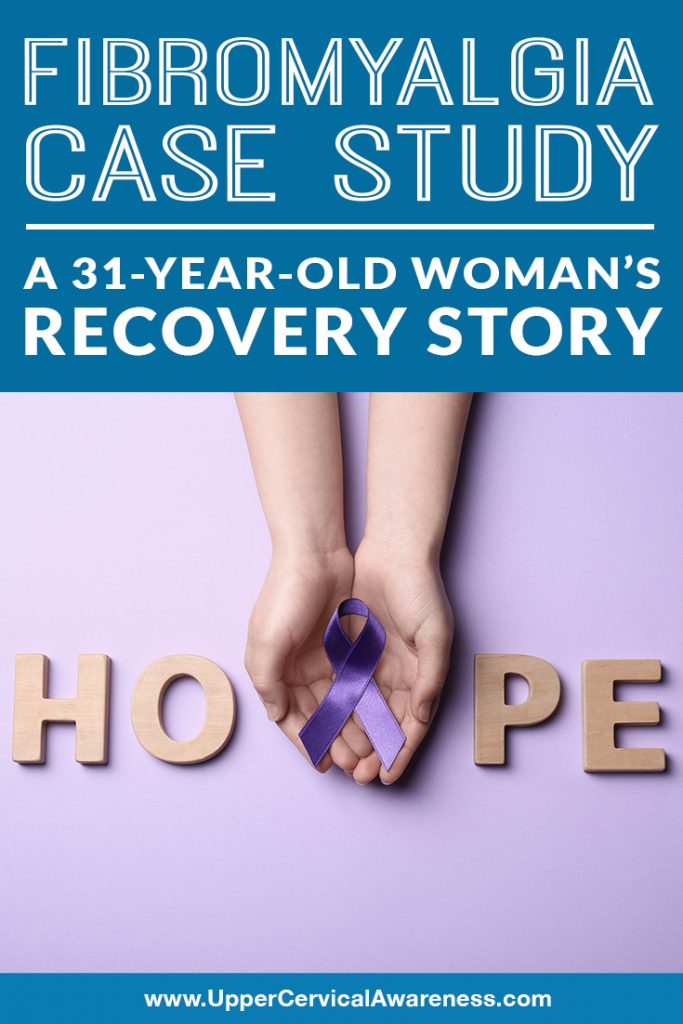 Having fibromyalgia can be really frustrating. First, you must wait for a long period before doctors can confirm your illness. The process of getting a diagnosis may take months or longer and involve numerous tests to rule out other conditions.

Second, once doctors have recognized your chronic condition, you are often left with only a few solutions to relieve your symptoms.

The Story of a Fibromyalgia Patient and Upper Cervical Chiropractic

A recent case study showed proof that upper cervical chiropractic care could offer relief for people with fibromyalgia. Researchers monitored a 31-year-old woman with fibromyalgia. They also suspected that the woman had lupus or multiple sclerosis. These conditions lead to more complications in her body.

She had multiple symptoms, such as fatigue, pain, and weakness. She also experienced dizziness and general balance issues that required her to have aid while walking. At some point, doctors told her she needed a wheelchair.

They discovered that the woman had serious car accidents on three different occasions. She had symptoms of back pain and headaches after her first accident. The other symptoms showed after her other two separate accidents.

Following examinations and x-rays, doctors revealed she had an upper cervical misalignment. It came as no surprise as she had a high left shoulder and right tilt to her head posture. Upper cervical chiropractors later adjusted her upper cervical vertebrae. She was able to walk on her own again as soon as her atlas bone began to return in its correct position.

After six months of full care, the woman was able to restore her quality of life. She was able to exercise again. The woman also reported a dramatic decrease in her pain levels and muscle spasms.

Researchers from the said study explained that the patient improved her fibromyalgia after upper cervical chiropractic care because the correction of misalignment eliminated the pressure in the brainstem. It was disrupting the function of the central nervous system (CNS).

Without a doubt, a misalignment in the top of the neck affects the function of the CNS. The following are the major contributors:

The cervical spine enables blood flow to the brain by permitting the flow between the vertebral foramen, the small loops of bone on each vertebra. The vertebral arteries move through these loops while carrying oxygen-rich blood to the brain. Even the slightest misalignment in the neck could alter the proper blood flow, leading to issues within the CNS functions.

A misalignment in the upper cervical spine also changes the cerebrospinal fluid flow (CSF). Upright MRIs can detect the disruption in the CSF drainage. Increased intracranial pressure and buildup of fluid are the likely results of the inability of the CSF to drain well. In short, the improperly aligned atlas can negatively impact the functions of the whole body.

After understanding how the correct alignment of the upper cervical spine influences the optimal function of the central nervous system, it surely becomes clear that correcting any misalignments in the neck would help improve the health of fibromyalgia patients.

NUCCA is a gentle and safe way of correcting upper cervical misalignments and bringing back the balance to the body. No twisting, cracking or popping of the spine happens in the NUCCA method.

Upper cervical chiropractors who practice the NUCCA technique can bring different experiences to patients. The most common result is the reduction in symptoms due to the healing that begins within the body.

While recovery can make patients experience some fatigue and a little soreness in the neck, great results will become apparent after only one or two visits. Patients can feel their adjustments starting to hold longer.

The body then begins to heal, and the adjustments stabilize. After this, patients can have lesser appointments, which means lower costs for patients.