Fibromyalgia and Migraines – Why the Two Go Hand in Hand

Fibromyalgia and Migraines – Why the Two Go Hand in Hand 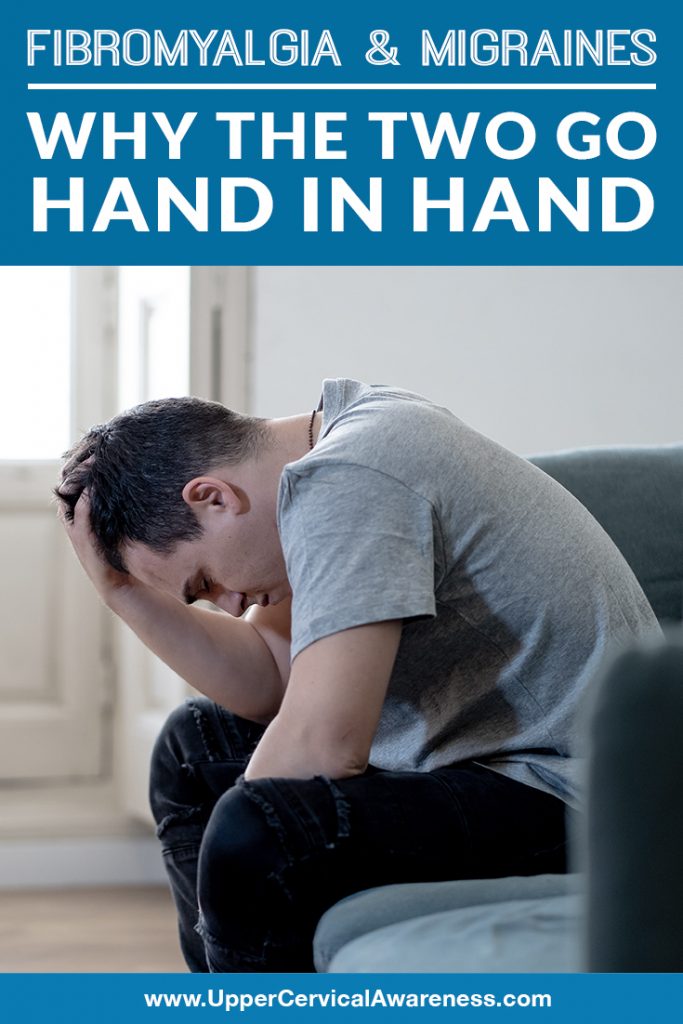 If you are living with fibromyalgia, you are also at an increased risk of getting migraines. Why do the two conditions seem to go hand in hand? We are going to look at the results of a recent study that shed some light on the connection between these two health conditions. Once we establish the link between fibromyalgia and migraines, we are going to explain how you may be able to find natural relief, even if you have both of these debilitating conditions.

Which Came First: The Migraines or the Fibromyalgia?

Probably the most shocking thing that the study revealed is that not only are fibromyalgia patients more likely to get migraines, but migraineurs are also more likely to develop fibromyalgia. That’s right – risk increased in both directions for the two groups of patients when compared to much larger control groups.

It was the first time such a link ever appeared in an extensive study involving tens of thousands of people. Also, it helps us to see that the link has to be deeper than researchers previously thought. In reality, for the risk to be increased in both directions, there has to be a solid link.

Since migraines are a neurological condition, and researchers now realize that fibromyalgia is more neurological than musculoskeletal, the link has to be somewhere in the central nervous system. Do both conditions share symptoms that support this theory?

Neurological Symptoms of Fibromyalgia and Migraines

Fibromyalgia is more than just a pain condition. Many of the symptoms directly connect to central nervous system function. One study compared the rate of neurological symptoms of fibromyalgia patients versus a control group. Some of the most common symptoms included:

When you combine these symptoms with the headaches, sleep disturbances, and cognitive impairments that come along with fibromyalgia (fibro fog), it becomes clear that the CNS is in play. Migraines tell a similar story. Consider some of the neurological symptoms of migraines.

There is even a clear overlap in the symptoms. This ties the two conditions together even more so. Therefore, it makes sense that if the conditions are related, you should be able to find help for both conditions in a similar manner. What should you do if you want to find natural help for fibromyalgia and migraines? Let’s look at one more symptom the two conditions have in common to learn more.

Neck Pain: One of the Most Common Migraine and Fibromyalgia Symptoms

One symptom that doesn’t get included in the neuro symptoms list is neck pain. However, this is one of the most common symptoms of both conditions. For migraineurs, about 3 in 4 patients get neck pain either before or during an attack. A study from 2018 reclassified neck pain as a symptom of migraines, whereas it was previously considered a trigger.

On the other hand, neck pain is a central component of fibromyalgia. In fact, 4 of the 18 tender points that were once used diagnostically for fibromyalgia originate in the neck. It is one of the pain locations shared by nearly all fibromyalgia patients.

This makes up yet another link between the two conditions. But could the connection go deeper than being just another shared symptom? Remember that there is no single underlying cause for either migraines or fibromyalgia. However, we have to consider the prevalence of this symptom when comparing these conditions. How could an issue in the neck lead to the pain as well as the neurological symptoms that both fibromyalgia and migraines present with?

The Upper Cervical Spine and the CNS

It doesn’t take a whole lot of digging to see the connection between the upper cervical spine (C1 and C2 vertebrae) and the central nervous system. Here are three significant relationships:

The C1 surrounds and protects the brainstem, located at the base of the skull. This critical component of the CNS affects everything from sleep and breathing to blood pressure and heart rate. It is also a communication center, connecting directly to the spinal cord to receive information from around the body.

The vertebrae in the cervical spine facilitate blood flow to the brain. The blood vessels have to pass through the vertebral foramen to reach the head. Therefore, even slight misalignments in the neck can affect blood flow and the amount of oxygen received by certain parts of the brain.

Upper cervical misalignments can inhibit proper cerebrospinal fluid drainage. This can lead to increased intracranial pressure. All sorts of neurological symptoms may occur with these pressure fluctuations, including headaches, vision problems, fatigue, weakness, and more.

Therefore, if you are living with fibromyalgia, migraines, or both and you also get neck pain, it makes sense to check for a misalignment that could be at the root of your health problems. An upper cervical chiropractor can identify and correct even the slimmest of misalignments in this sensitive part of the body. To learn more, schedule a no-obligation consultation with a practitioner in your area. You can use the search feature on this site to find a preferred doctor. It may be just the natural help that your body needs!