Don’t Fall for These Migraine Myths

Don’t Fall for These Migraine Myths 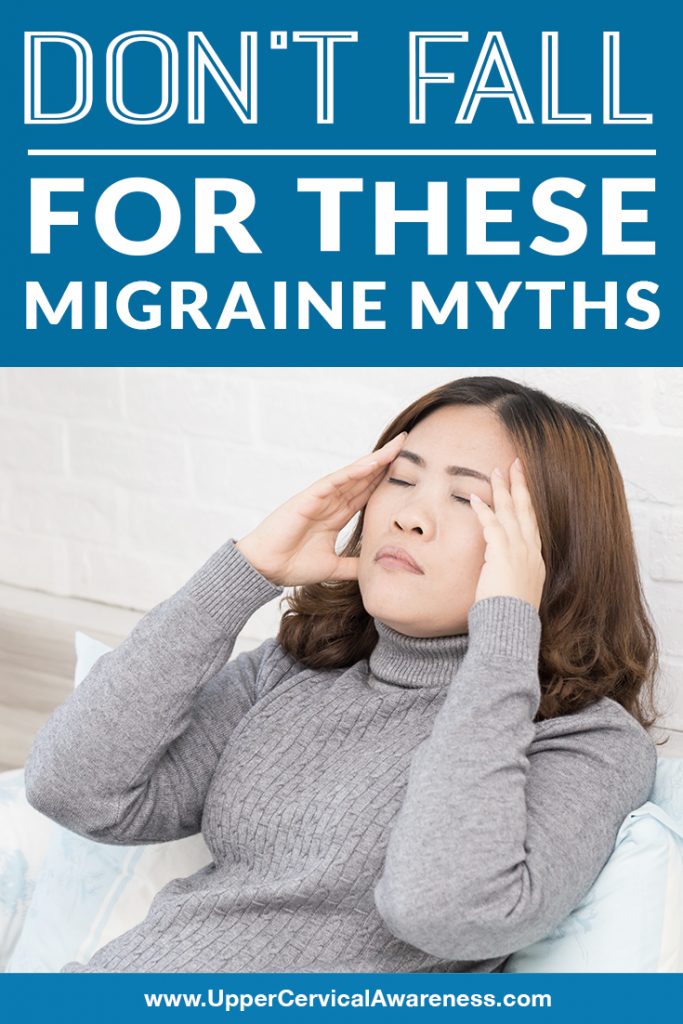 Migraines are a common neurological condition, and yet they are often misunderstood. To get a correct understanding of it, we are going to take a look at some common migraine myths and we will examine these in the light of a recent case study that reveals how one young woman took control of her chronic migraines.

Myth #1 – A Migraine Is Nothing but a Bad Headache

We’ve already stated that migraines are a neurological condition, which puts them in a completely different category from an ordinary headache. However, let’s consider some of the symptoms that show just how big of a difference there is.

These are just a few potential symptoms that identify a migraine versus a headache.

Myth #2 – The Solution to It Is More Medicine

There are two problems with this approach:

Myth #3 – Your Migraines and Neck Pain Are Not Related

Neck pain is often left off of the migraine symptom list entirely, even though it is present for about 75% of patients. This was the situation in the case study we are referencing as well. The young woman had not only chronic migraines but also chronic neck pain. She even experienced lower back pain sometimes. No one seemed to consider these symptoms part of her migraines, and she received an explanation that the underlying cause of her migraines was unknown. This continued when her neck pain and migraines grew worse in the wake of a whiplash-type injury. However, neck problems can be related to migraines in several ways. Here are a few:

Clearly, the same misalignments that could potentially cause neck pain may also contribute to the onset of conditions like migraines. Was this the situation of the girl in the recent case study? Let’s look at how she got help.

The Results of a Case Study Link Migraines and Neck Problems

The young woman in the study underwent upper cervical chiropractic care to correct misalignments in the top two bones of her neck. What was the result? She finally found the relief she had been searching for.

For example, the Headache Disability Index scores how much headaches (or in this case, migraines) are impacting a person’s life. Her score had been a 70 out of 100, revealing that she was severely affected by these frequent attacks. After upper cervical chiropractic care, she retook the test. Her disability score was only 28 out of 100. The migraines were not completely gone, but the impact they were having on her life decreased significantly.

Would you like to find a natural way to break free from chronic problems with migraines? If you are living with migraines, especially if you have a history of neck injury or pain, give an upper cervical practitioner in your area a call. Medically, there may be no known cause for your migraines, but an examination can reveal if you have the type of misalignment that could be a contributing factor. Upper cervical chiropractic may be just the thing for you.