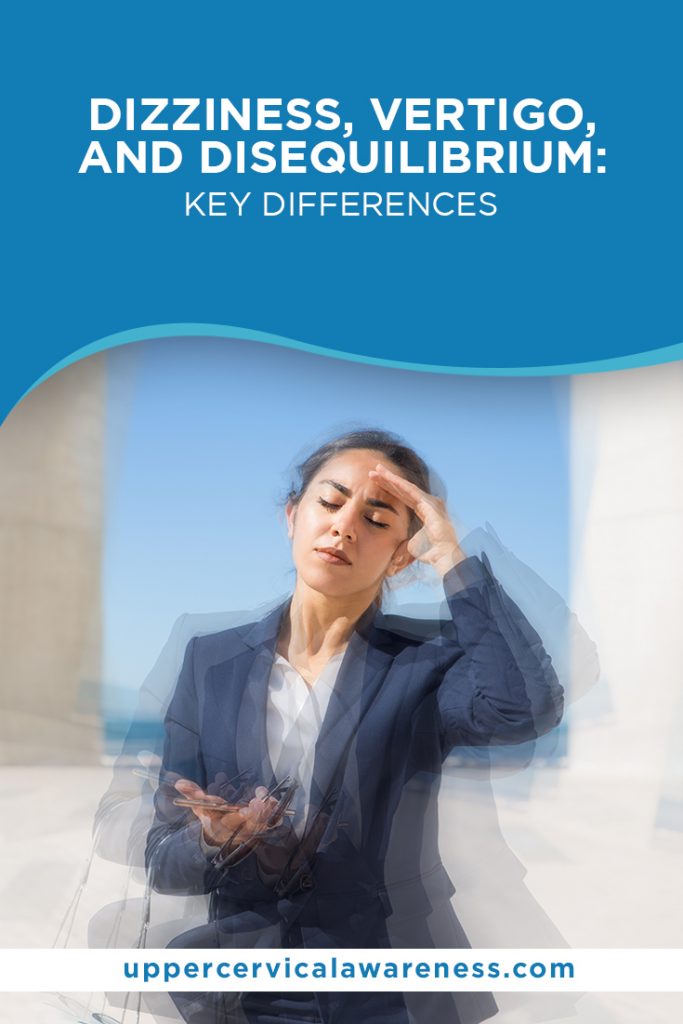 Vertigo, disequilibrium, and dizziness are three different things that have to do with a malfunction in the organs and systems in your upper cervical region. People often bunch together as if they are one, which we will clarify in this post.

Disequilibrium is a feeling of imbalance or unsteadiness when standing or walking due to a loss of coordination between the brain and body. It may be caused by problems with balance organs in the inner ear or neurological disorders such as stroke or multiple sclerosis (MS).

Meanwhile, dizziness is a feeling of lightheadedness or faintness that comes over you suddenly – when you move so quickly – like standing up after sitting down for a long time. Dizziness may come from anemia (low red blood cell count), diabetes mellitus (high blood sugar), low oxygen levels in your blood (hypoxia), high blood pressure (hypertension), and heart failure (cardiac insufficiency).

Lastly, vertigo is a symptom characterized by spatial disorientation and the sensation of spinning, which is quite similar to the definitions of dizziness and disequilibrium. It can be caused by various things, including inner ear infections or inflammations, headaches like migraines, or one’s state of mind, anxiety disorders, overwhelming feelings, depression, and stress.

One reason why they are often mixed up with one another is the fact that they mostly stem from a vestibular disorder.

What is a Vestibular Disorder?

Vestibular disorders are a broad category of conditions that affect a specific part of your upper cervical region and cause issues with balance, movement, and spatial awareness. Your vestibular system is a vital part of your body in your inner ear that helps you move and stay balanced. This system is responsible for maintaining our orientation and equilibrium, which are critical to helping us walk, run, and stay upright. It’s made up of three semicircular canals: saccule, utricle, and semicircular canals that are filled with fluid, and two otolith organs: the saccule and utricle.

Each organ has sensory hair cells that detect movement in different directions and send signals to the brain. The brain then sends signals back down to muscles in order to keep us balanced. When something is wrong with it or is disturbing its process, then you can feel out of sorts in the form of dizziness, disequilibrium, or vertigo.

A vestibular disorder means something has gone wrong with your inner ear, which controls balance and coordination. Below are some of the most common vestibular disorders that leads one to experience vertigo, disequilibrium, and dizziness.

This condition affects your vestibular system, which is comprised of three semicircular canals and two otoliths. The vestibular system helps to maintain balance in your body by sending information about your head’s position in space to your brain. When you have vestibular neuronitis, your semicircular canals become inflamed, interrupting the information flow between your inner ear and brain. This can cause dizziness, disequilibrium, vertigo, and other symptoms similar to Labyrinthitis and BPPV. 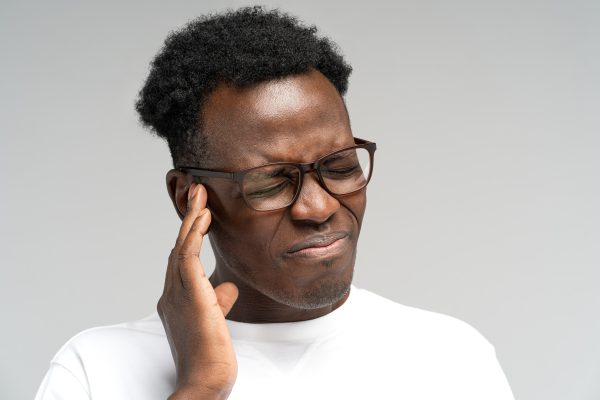 MAV is a form of vestibular migraine characterized by recurrent and episodic vertigo attacks. The most common symptoms are:

The duration of each attack can last between 15 minutes and 24 hours. Meanwhile, the frequency of attacks ranges from once a week to once a year.

Benign paroxysmal positional vertigo (BPPV) is one of the most common causes of vertigo in the United States. It occurs when dislodged particles in the inner ear called otoconia migrate into one or more semicircular canals, causing them to interfere with normal vestibular function. This can cause spinning sensations when you move your head or body in certain ways. Symptoms may include dizziness, nausea, and vomiting when you move your head in certain positions.

MD is another vestibular disorder that makes you feel like you’re moving around even when you’re sitting still. It happens when there’s a fluid build-up inside your inner ear canal over time and causes pressure changes in the tissues surrounding these canals. This can result in hearing loss or tinnitus and pressure changes causing nausea or vomiting during an attack.

A cholesteatoma is a cyst or abnormal tissue growth that forms on the middle ear’s bony lining. It contains skin cells, hair, and debris and causes hearing loss and vestibular problems. Sometimes, the tissue growth can also affect a person’s speaking abilities. Cholesteatomas are often removed surgically but may come back after a few years.

An acoustic neuroma happens when a non-cancerous tumor grows from the inner ear. It’s usually found in people older than 50, but it can occur at any age. The tumor grows slowly and can press against brain tissue, causing symptoms such as ringing in the ears, dizziness, and hearing loss. If you have an acoustic neuroma, you may need surgery to ease the pressure in your ear canal.

Otosclerosis is a rare condition where bones in your inner ear harden and make it challenging to move sound waves through your cochlea. Most cases of this condition result in hearing loss or balance problems. You may not notice this problem until later years when the condition progresses further due to bone growth. However, if left unmanaged, it will cause significant damage to your health and life.

Upper Cervical Chiropractic Can Help with These Vestibular Disorders

The best way to treat this condition is with the help of an upper cervical chiropractor. By correcting misalignments in the neck and upper back area, a chiropractor can help restore balance to your body without medication or surgery.

You can visit the Upper Cervical Awareness Doctors Directory an accredited chiropractor in your area. Hopefully, with the help of an upper cervical doctor, you can holistically improve your health while addressing the causes of dizziness, disequilibrium, and vertigo.