Dizziness and Migraine: The Brutal Duo You Shouldn’t Overlook

Home/Migraines / Headaches/Dizziness and Migraine: The Brutal Duo You Shouldn’t Overlook
Previous Next

Dizziness and Migraine: The Brutal Duo You Shouldn’t Overlook 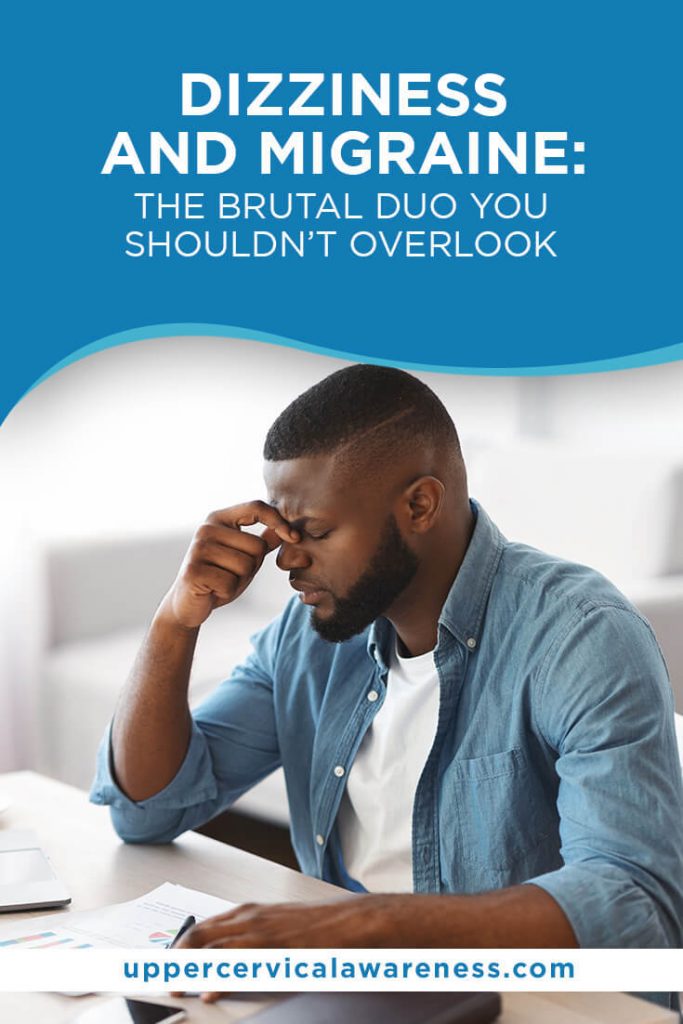 While this may sound strange, the connection between dizziness and migraine is more common than you might think. So if you are suffering from frequent dizziness and feel like there is more to it, you might want to find a doctor or chiropractor for migraines to help you.

First, let us differentiate this duo so we can get the most appropriate treatment for your condition.

A term used to describe a range of sensations, dizziness may mean feeling faint, woozy, weak, or unsteady. You may feel as if you’re about to fall over or pass out. It’s difficult to define exactly what causes dizziness because it’s not just one symptom; it encompasses many different symptoms, and only a medical expert like a doctor or chiropractor for migraines can correctly diagnose and administer the necessary treatment.

While dizziness can be a symptom of migraine, and it also has its own set of symptoms. These include:

Migraine is a neurological disorder characterized by recurrent moderate to severe headaches often associated with a number of autonomic nervous system symptoms. Migraine can be quite debilitating and occurs more frequently in women than men.

Studies have shown that migraine may be inherited, but there are many other contributing factors such as stress, diet, sleep habits, and hormone levels – things that a chiropractor for migraines considers in examining your condition and arranging the best solution to help you.

Migraine is characterized by moderate to severe head pain that can be accompanied by nausea, vomiting, and sensitivity to light or sound. The symptoms of migraine aren’t the same for all; some may have all of the listed symptoms, while others deal with only one or two. Some of these symptoms include: 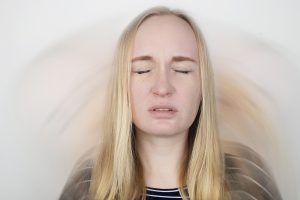 How Dizziness and Migraine Entwine

These conditions may go hand in hand. You can be a victim of dizziness and migraine at the same time. Now that you know that, you probably want to know why it happens. The reason is simple: migraine sufferers tend to have more problems with their equilibrium than those who don’t suffer from migraines.

Dizziness is a common complaint among migraineurs, and up to 80% report experiencing it during or after their headaches. Some people experience dizziness before the actual onset of their headaches, and others only feel this way once an attack has begun. During an episode, these feelings can persist for hours or even days on end if left untreated, but luckily there are things you can do about it!

Furthermore, dizziness is one of the most frequently reported symptoms of migraine. It can happen during a migraine attack’s prodrome, headache, and postdrome stages. It can be a standalone symptom of migraine and may be caused by sudden head movements. If you feel dizzy when you stand up or move around, it could mean that your blood pressure has dropped and/or that you have low blood sugar levels (hypoglycemia).

How to Feel Better if You Suffer From Dizziness or Migraines

Get a head massage.

Head massage is a very effective natural home remedy for dizziness or migraine. It helps in relaxing the muscles and increases blood circulation to the head, which can relieve your symptoms. A few ways to perform this are:

There are many over-the-counter medicines for dizziness; most of them can calm you or address the real condition perceived to be causing the pain. They are usually antihistamines or antibiotics.

Visit a doctor of chiropractic.

Locate the Nearest Chiropractor for Migraines in Your Area

Upper Cervical Chiropractic care can help with your dizziness or migraines. It is estimated that up to 62% of patients with chronic migraine have dizziness . This may mean that if you suffer from migraines, you’re more likely to experience dizziness than someone who doesn’t have migraines at all!

If you are experiencing this symptom on its own or combined with your headaches, Upper Cervical Chiropractic can help relieve it. This practice can bring proper alignment back into place, which helps alleviate migraine pain AND dizzy spells!

Visit our Upper Cervical Awareness page for more information on Upper Cervical Chiropractic and disorders it can help with. If you are suffering from dizziness, migraines, or any other problem, please contact the nearest upper cervical chiropractor in your state or city through our Doctors’ portal today! We have a comprehensive list of chiropractors in the United States and Canada specializing in NUCCA, Blair Chiropractic, Atlas Orthogonal, and Orthospinology.