Is Your Dizziness Due to WIFI Sensitivity? What Can Help?

Home/Vertigo / Dizziness / Menieres/Is Your Dizziness Due to WIFI Sensitivity? What Can Help?
Previous Next

Is Your Dizziness Due to WIFI Sensitivity? What Can Help? 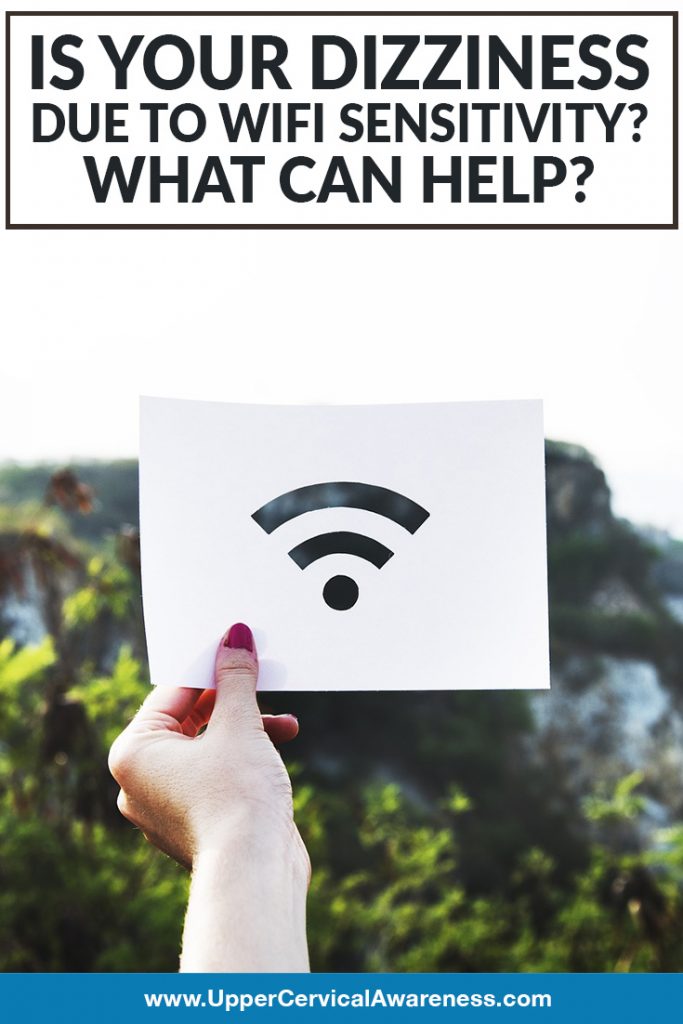 When someone says they are experiencing dizziness, it usually means one of two things: they are feeling lightheaded or having vertigo. It is important to be specific if you are describing this to your doctor because it can mean the difference between treatment and misdiagnosis.

Dizziness can happen to anyone at any age but is seen most often in older adults. This can cause them to limit their social activities for fear of falling. Injuries can occur if you do happen to fall.

Almost everyone has felt lightheaded at one time or another. It can be due to a momentary drop in blood pressure and blood flow to your head that happens when you stand up too fast from sitting or lying down. If your dizziness is persistent, you may need the advice of a professional.

Some of the most common reasons you may have dizziness can be due to one of the following:

Some people suspect WIFI signals are causing them to have dizziness. Can this happen?

Recently, some have been experiencing unexplained and repeated headaches, skin irritations, and dizziness. They seem to think it is related to electromagnetic field sources, such as WIFI. This condition is called electromagnetic hypersensitivity (EHS), according to the World Health Organization (WHO).

In the United Kingdom, a 15-year-old female committed suicide due to suffering from an allergy she felt was due to WIFI signals. She had complained of the signal at her school making her nauseous, giving her debilitating headaches, and causing her not to be able to concentrate.

Those who participated in a survey of people who claim to be suffering from EHS described the physical symptoms associated with this disorder. They included a headache and fatigue which only showed up when they were close to devices emitting electromagnetic signals like WIFI stations, computer screens, and cell phones. When they moved away from these things, they claimed their symptoms cleared up.

However, when scientifically controlled tests were performed in which people were exposed to electromagnetic signals but were not told when the signals were turned off or on, they revealed that the participants were unable to tell when the signal was turned on. This was not just one study performed, but 46 of these studies with similar results.

So, Why Does it Happen?

Clearly, the people suffering from EHS are very ill. Dr. James Rubin, a senior lecturer in psychology at King’s College London concurs. But, he notes, the science of it proves it is not due to electromagnetic signaling. WHO backs this up by saying EHS is not a medical diagnosis and there is no scientific basis to link EHS with EMF (electromagnetic frequency) exposure.

The symptoms these ones are experiences range from person to person and may have a number of other causes. For instance, headaches can indicate you are about to get sick or that you missed your daily cup of coffee. Dizziness, again, can mean you are ill or missed some vital sleep last night. Therefore, they may simply be coincidental and be due to a number of other reasons besides EHS.

This shows there is no actual scientific proof that this condition even exists. But, something is obviously going on with these people. What may be the hidden reason for this type of reaction? It may be the same reason others are suffering from dizziness — a misalignment in the bones of the upper cervical spine.

The balance system of the body is a fine-tuned machine that works very precisely. If something happens to throw this process off, dizziness and headaches can be the end result. The vestibular system is the part of the body that maintains balance and is made up of the eyes, ears, nervous system, and brain. The body uses these organs to find out information about where it is located in its environment. If it cannot rely on these things to send proper information, problems can ensue.

One thing that causes the vestibular system to malfunction is a misaligned atlas (C1) or axis (C2). These bones are located in the same area as the brainstem. A misalignment here, even one as small as a ¼ of a millimeter, can put the brainstem under stress and cause it to send improper information to the brain about the body’s location leading to dizziness.

Allowing an upper cervical chiropractor to work on the bones of your neck and help them move back into place is a good place to begin improving your overall health. Our methods are gentle and do not require us to pop or crack the spine to get positive results. Our own patients and those in case studies report seeing a great improvement in not only dizziness but also headaches and many other distressing health problems.