The Difference Between a Migraine and a Headache

The Difference Between a Migraine and a Headache 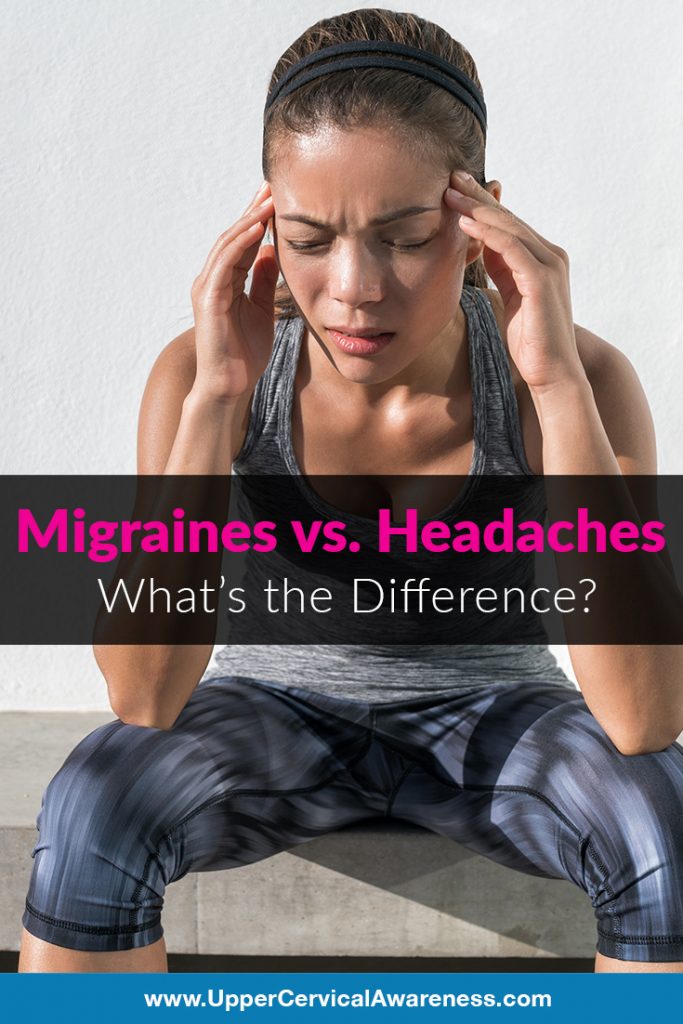 If you get migraines, you know there is a world of difference. For the other 88% (that’s right, 12% of Americans get migraines), this neurological condition is often confused with headaches. So in what ways is a migraine more than just a really bad headache? Let’s look at the symptoms that lead up to migraines, the symptoms that go along with the severe head pain, and the aftereffects.

While not everyone who experiences migraines has aura as well, those who do have a 10 to 30-minute warning that the migraine is coming. Unfortunately, that half an hour or so doesn’t really go any better than the migraine itself. Aura symptoms include:

Even patients who do not experience aura may be irritable, depressed, nauseous, or unable to sleep in the hours before an attack. Food cravings, frequent yawning, and neck pain preceding a migraine are also extremely common.

Symptoms of a Migraine

After the aura, the actual migraine begins. This is where the really bad headache comes into play along with a host of other symptoms, such as:

After the migraine is over, the woes don’t necessarily end. The postdrome phase (sometimes called a migraine hangover) can leave a person feeling bad for days after an attack. Inability to concentrate can be combined with mood swings that range from euphoria to depression. Fatigue is also common.

Coping with Migraines the Natural Way

One of the most common symptoms that reveals a migraine is on the way is neck pain. Perhaps this is because the alignment of the upper spine plays such a role in the normal functioning of the central nervous system. A misaligned atlas vertebra can lead to pressure on the brainstem, affect the proper drainage of cerebrospinal fluid, and restrict blood flow to certain parts of the brain. All of these factors may contribute to migraines. As a result, many patients find that seeing an upper cervical chiropractor makes a world of difference in the frequency and severity of migraine attacks.