Detecting Spine Inflammation if You Have Fibromyalgia

Detecting Spine Inflammation if You Have Fibromyalgia 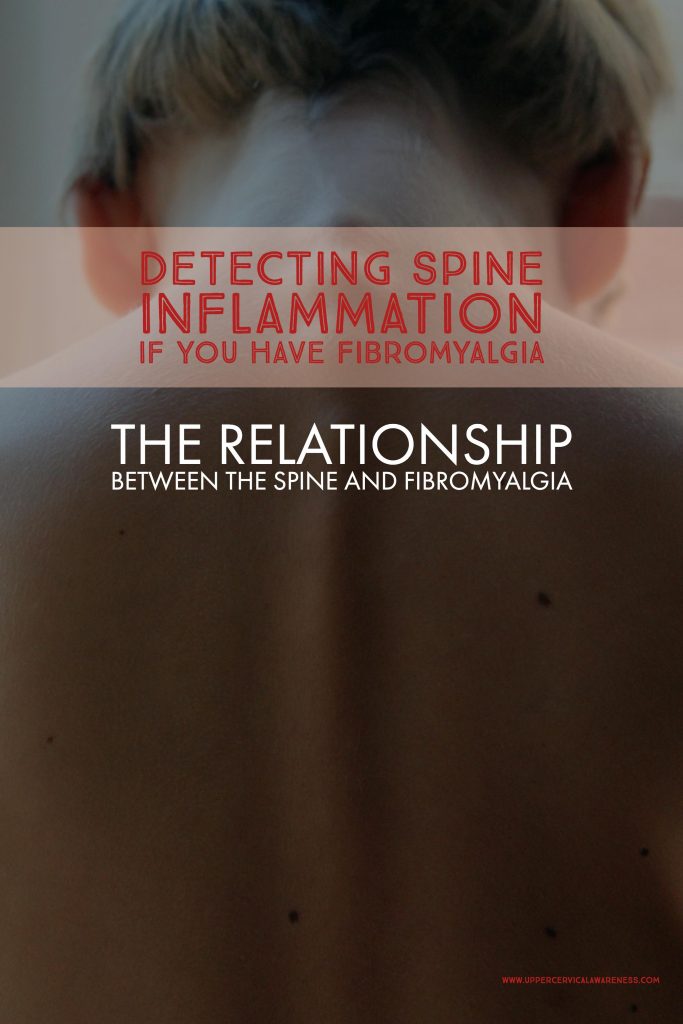 There’s an inherent problem in dealing with chronic pain conditions like fibromyalgia. Many people assume that all the pain is part of the chronic condition. That means other painful conditions may go undetected. One example is inflammatory diseases of the spine.

There is a distinctive difference between fibromyalgia and most other pain conditions. The majority of pain conditions, such as rheumatoid arthritis, are due to inflammation. Fibromyalgia is a central nervous condition that stems from oversensitive pain responses.

Some symptoms of fibromyalgia include:

The problem is that these symptoms can also be caused by axial spondyloarthritis – an inflammatory condition that continues to worsen over time. When a study was performed involving 99 fibromyalgia patients, it was surprising to researchers how many had spinal inflammation issues.

The Relationship Between the Spine and Fibromyalgia

There is a particular part of the spine that has a tendency to misalign and also has a relationship with both spine problems and central nervous processing issues. That is the upper cervical spine. A misalignment in these bones that help the head to move around easily can result in brainstem malfunctions as well as altered blood flow to the brain. These conditions can affect pain responses.

In one case study performed on a 31-year-old woman, upper cervical care was able to help restore proper blood and cerebrospinal fluid flow. Following this intervention, the woman immediately had greater mobility. Muscle spasms became fewer, and pain levels dropped to the point that she could resume an exercise routine and lose weight that she had put on during the previous two years as a result of pain leading to a sedentary lifestyle.

Upper cervical chiropractors have had much success in helping fibromyalgia patients. If you are suffering from fibromyalgia, especially if you have suffered a head or neck injury at some point in the past, contact a practitioner near you to learn more.