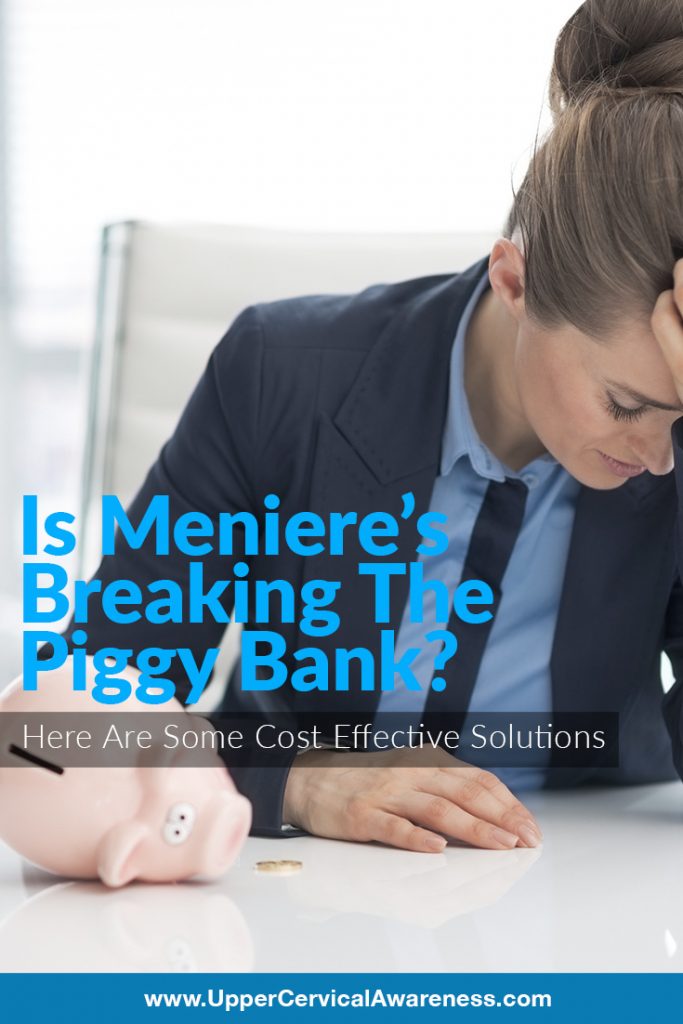 Medications for Meniere’s disease can cost a small fortune. Just ask a woman from Brisbane Australia who has reportedly spent $30,000 on prescriptions since she was diagnosed with the condition in 2007. The fact is that despite all the money spent on medications, the condition persists. She regularly deals with vertigo, nausea, and vomiting. If you can relate to this situation, I want to direct your attention to a case study involving 139 Meniere’s patients.

What the Case Study Revealed About Meniere’s Disease

The 139 patients involved in the study rated their vertigo intensity at an average of 8.5 (on a scale of 0 to 10) when the study began. Just six weeks of upper cervical chiropractic care reduced that average to 3.0. After 2 years of care, the average was a mere 1.5 out of 10.

One thing the patients in the study had in common is a history of whiplash-type injuries. This study helps to make a clear connection between an upper cervical misalignment and the symptoms of Meniere’s disease, especially vertigo.

Upper cervical chiropractic involves gentle adjustments. This allows the body to accept the adjustment and heal naturally. The corrections last longer because there is no shock to the body as to when a general chiropractor pops or twists the spine. Longer lasting corrections mean fewer trips to the office and, therefore, less expense.

Once the proper alignment of the upper cervical spine returns, occasional visits would suffice. As a result, you are not locking yourself into a lifetime of weekly visits. This also reduces costs, especially when compared to prescription medications that often need to be taken on daily. As a result, Meniere’s patients are finding relief from vertigo without spending much on care.