Correlations Between Fibromyalgia, Sleep Problems, and the Neck

Home/Fibromyalgia / Chronic Fatigue Syndrome/Correlations Between Fibromyalgia, Sleep Problems, and the Neck
Previous Next

Correlations Between Fibromyalgia, Sleep Problems, and the Neck 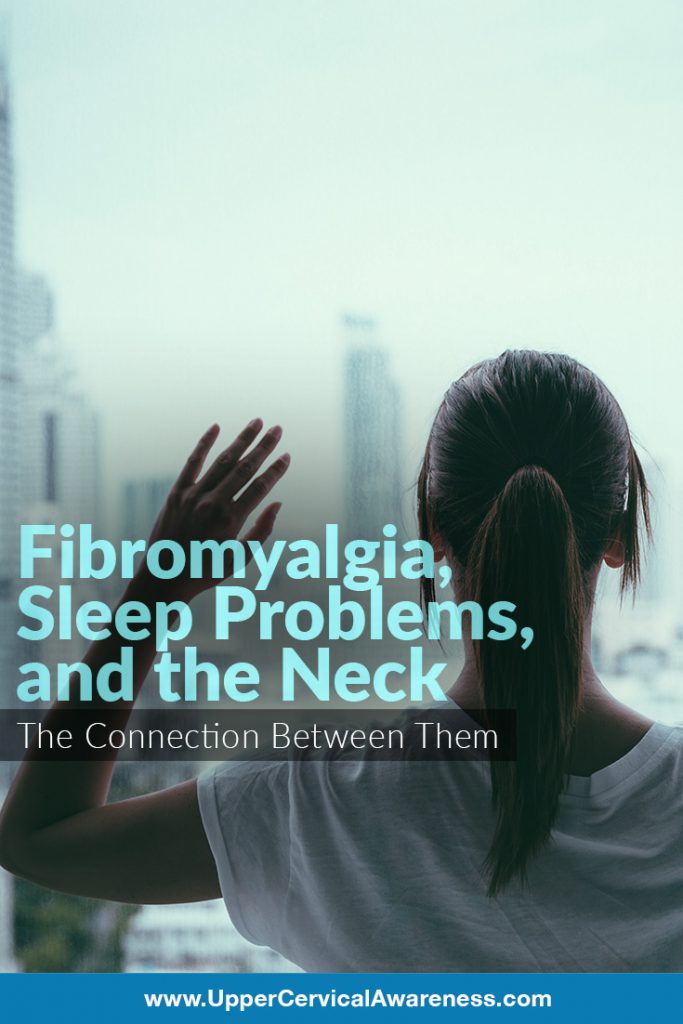 After widespread pain, one of the most common symptoms associated with fibromyalgia is problems with sleep. Other symptoms include fatigue and cognitive issues, such as difficulty concentrating and memory problems. However, not getting sleep can have a negative impact on the primary symptom of fibromyalgia—pain. So, it is important to consider then link between these two issues.

Here are 5 things you may not know about the correlation between sleep problems and fibromyalgia.

These statistics show that sleep problems affect fibromyalgia sufferers and there are few ways to deal with the problem. However, a closer look at the neck may provide a natural answer.

How the Neck Relates to This Chronic Disorder

The upper cervical spine facilitates blood flow to the brain. Recent studies show that there is a correlation between changes in blood flow to certain parts of the brain and the symptoms of fibromyalgia. As a result, it makes sense to keep this part of the neck as healthy as possible while dealing with a chronic condition like this.

Upper cervical chiropractors use low force corrections to fix upper cervical misalignments. Not only can this improve vertebral blood flow but it is also gentle, safe, and natural. This is the ideal kind of chiropractic correction for someone who already deals with pain.