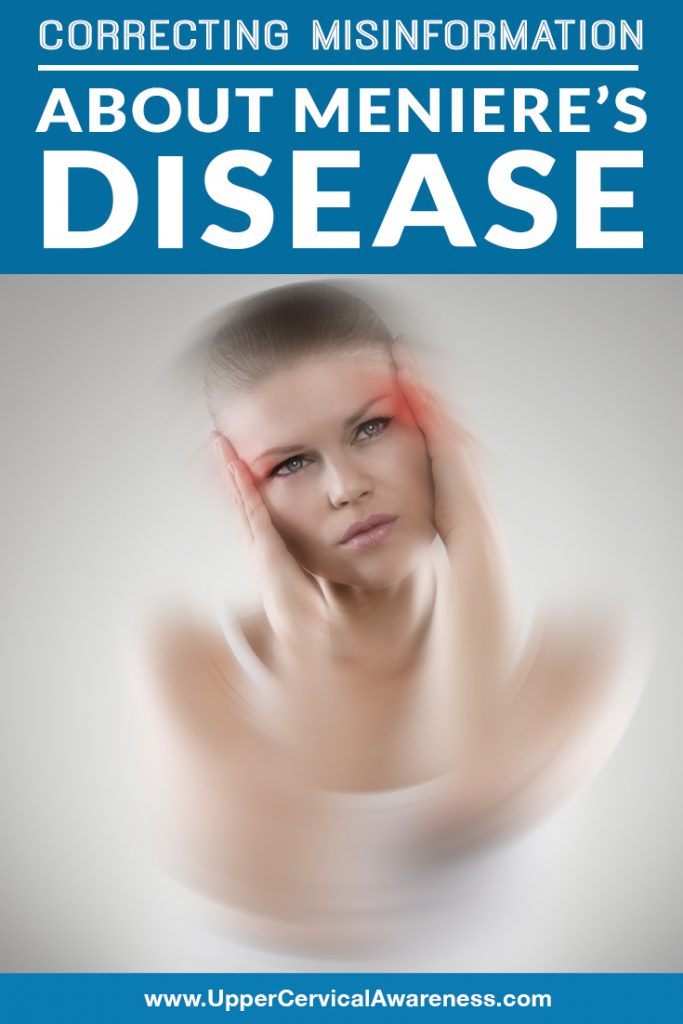 A Meniere’s disease diagnosis can be a frightening thing because this is a rather rare condition. You may not even know another person who has the condition, so there is no one to bounce ideas off of or commiserate with. However, that doesn’t mean you are completely left in the dark. There is plenty of good information about Meniere’s disease symptoms and treatment on the Internet.

Unfortunately, some of the information you will find online is bad. It’s not intentional. You just get a lot of writers who don’t do their research properly and copy misinformation by accident. Here are a few examples:

False. I mean, some people do confuse the conditions, sometimes even doctors, but that doesn’t make it accurate. Meniere’s disease is a vestibular condition that causes severe bouts of vertigo, tinnitus, pressure in the affected ear(s), and partial hearing loss. Endolymphatic hydrops refers to an excess of a fluid (endolymph) that is in the inner ear. It is a key component in the body’s balancing system. The problem comes when there is too much endolymph, which can happen if something is blocking the eustachian tubes from draining excess fluid properly. While this can cause the symptoms of Meniere’s, researchers agree that the underlying cause of Meniere’s is unknown and that endolymphatic hydrops is a separate condition that may sometimes occur for a Meniere’s patient.

2% of people have Meniere’s disease

False. If this one was true, that would make it a very common condition rather than a rare one. This one got started at US News and World Report when a writer and editor both completely missed a big math mistake. The article cited a page that said there are 615,000 Americans with Meniere’s (a good estimate). However, 615,000 is about 0.2% of America, not 2%. Also, that 615,000 statistic is now 5 years old and I haven’t seen it updated anywhere online yet, so it could be a little higher by now, but not 10 times higher.

Meniere’s starts between ages 40 and 60

Close, but still false. The average age that a person gets Meniere’s does fall between 40 and 60, but plenty of people are diagnosed in their 20s and 30s, so don’t think you got a bad diagnosis just because you are younger than the average diagnosis age. Gender, on the other hand, doesn’t seem to be a factor when it comes to Meniere’s. The number of male and female patients is roughly equal.

Bilateralism (the disease in both ears) is rare

0.2% is rare. 10-15% is not rare. Plus, if Meniere’s progresses for a long time, it becomes more likely for both ears to be affected. Don’t let the fact that bilateralism isn’t the norm mislead you into risky Meniere’s disease treatment options like destructive surgeries or invasive injections that can leave you deaf in one ear. You should exhaust every natural possibility and determine you can’t just live with the condition before you risk your ability to hear.

These are just a few things online that people are saying about Meniere’s that needed some correction. Now that you are armed with the facts, we want to dispel one more misconception. Most doctors recommend surgery or shots for severe cases of Meniere’s, but there may be a natural option with no side effects and a high rate of success in case studies. We would like to introduce you to upper cervical chiropractic care.

Natural Relief from Vertigo and Other Meniere’s Disease Symptoms

Case studies reveal that when a person is suffering from Meniere’s disease and from an upper cervical misalignment, correcting the subluxation helps relieve vertigo and other symptoms. In fact, in one study involving 139 patients, 133 received significant benefits, some in as little as 6 weeks. In another study, upper cervical chiropractic had a 97% success rate and reduced vertigo by an average of 90% over the course of the study.

Here are a few of the ways that an upper cervical misalignment can be related to Meniere’s.

If you have Meniere’s disease, we want you to know that there may be a natural way to get the help that you haven’t tried yet. To learn if upper cervical chiropractic care is right for you, find a local practitioner and schedule a no-obligation consultation. You may be a few gentle adjustments away from getting to the root of your health condition and regaining control over your life.