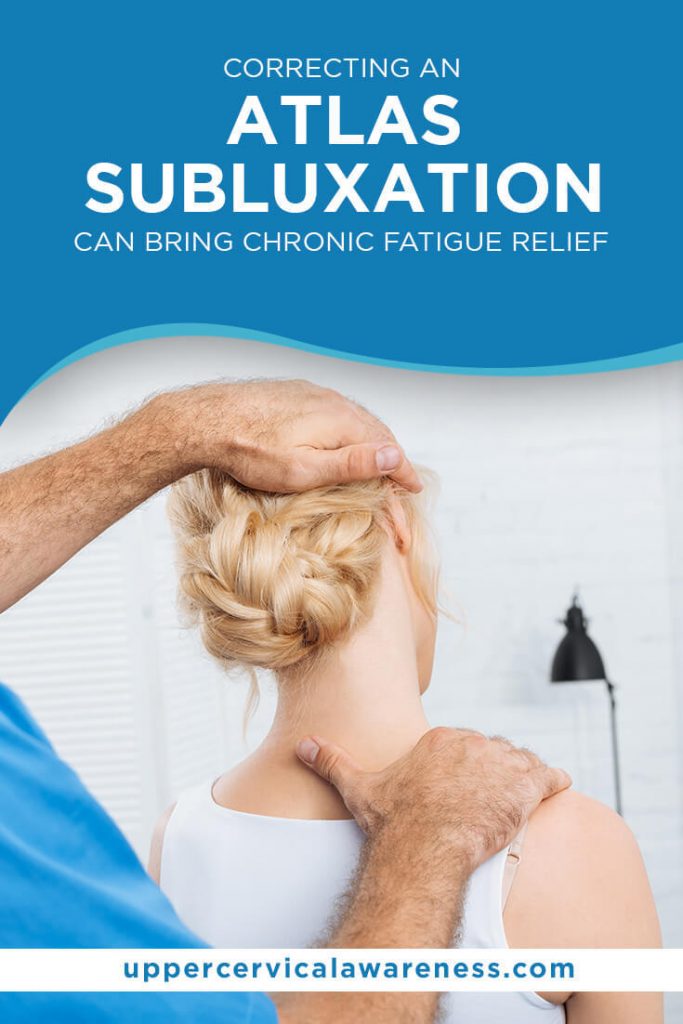 CFS or chronic fatigue syndrome might not seem like a severe problem. But if you have it, you can most certainly relate to fellow patients who complain that they can’t muster the strength to get out of bed or attend to home or work chores. Have you ever wondered why it happens in the first place? Our discussion below will focus on atlas subluxation, one of the most likely triggers of CFS.

Hopefully, by understanding how atlas subluxation happens and affects the body, you unlock a sustainable and promising way to manage your chronic fatigue symptoms.

Studies explain that these problems mostly happen because CFS causes a plethora of crippling symptoms, including:

The worst part about these symptoms is that many patients mistake them as indications of other conditions, such as sleep disorders, Lyme’s disease, diabetes, chronic hepatitis, and multiple sclerosis. So, if you suspect having CFS, it’s crucial to get diagnosed by your physician so you can seek proper patient care.

Connecting the Dots: Why CFS Likely Stems from Atlas Subluxation

To date, CFS researchers are still looking for answers to questions like “what causes CFS?” and “is it possible to get rid of CFS permanently?”. So far, one of the most convincing explanations revolves around atlas subluxation and central sensitization.

Studies explain that an imbalance in the C1 or atlas bones can trigger central sensitization. Essentially, this condition causes your brain to develop a hypersensitivity to things that usually don’t cause intense pain or discomfort.

Unfortunately, the overreactive state of the nervous system leads causes the body the burn out most of its energy resources. This leads to lingering tiredness or fatigue that doesn’t improve even after sleeping. It can also cause the rest of the CFS symptoms we listed above.

Naturally, restoring your C1 bone’s neutral alignment will give you have a higher chance of resolving central sensitization and CFS. 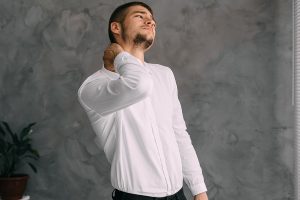 Besides central sensitization and C1 bone shifting, studies also found other noticeable triggers of CFS. A few examples of these include the following:

Some studies connect hormonal fluctuations to CFS flareups. In a 2008 study, the researchers found that women diagnosed with CFS have lower cortisol than those who don’t have a condition. Additionally, recent research discovered that CFS patients have low thyroid hormone levels.

Some doctors refer to CFS as immune dysfunction syndrome because evidence shows a solid link to infections or diseases. Notably, patients who previously got infected with the flu virus, Ross River virus, Epstein-Barr virus, and Coxiella burnetti have a higher risk of developing CFS symptoms.

Studies note that having blood relatives who suffer from CFS puts you at high risk of developing the same condition. So, it would help to learn as much as you can about your family member’s pre-existing health concerns. Ask if they have CFS or disorders that might impact one’s nervous or immune system.

A research paper published by the Atlanta Emory University discovered that childhood trauma increases the risk for developing CFS by up to six-folds. The same study also found that the symptoms are worse for those who experienced multiple traumatic events like head and neck injuries, neglect, and emotional abuse.

A UK-funded study found that CFS symptoms mostly surface later in life. The results show that patients often note worsening signs of their disorder when they reach their 50s to 60s. Thankfully though, you can address the condition before it gets worse by seeking help from an upper cervical doctor, neurologist, or therapist.

A Glimmer of Hope for CFS Patients Through Atlas Subluxation Correction

As we have mentioned, atlas subluxation is one of the most probable causes of chronic fatigue syndrome. So naturally, if you want to cope better, you should consider getting your upper cervical bones checked. Misalignments along your cervical spine can tip the balance in your nervous system and even cause severe problems such as central sensitization.

With the help of a professional upper cervical chiropractic doctor, you can ease your bones to realign with your body’s central axis. Then, once you restore balance in your body, you can gradually eliminate your CFS-associated health complaints like fatigue, restless sleep, and swollen lymph nodes.

All you need is to confirm the presence of cervical subluxation and determine how far your bones shifted from their original places. Taking this first step alone can make a huge difference in your daily life. It can also help you slowly regain your strength so you can go back to doing things you enjoy, like traveling, visiting loved ones, and playing sports.

Start fixing your atlas subluxation today so you can ease your body into healing independently. We suggest locating the nearest upper cervical chiropractic doctor and scheduling your consultation.