Why Are Concussions And Whiplash Linked To Migraines?

Home/Migraines / Headaches/Why Are Concussions And Whiplash Linked To Migraines?
Previous Next

Why Are Concussions And Whiplash Linked To Migraines? 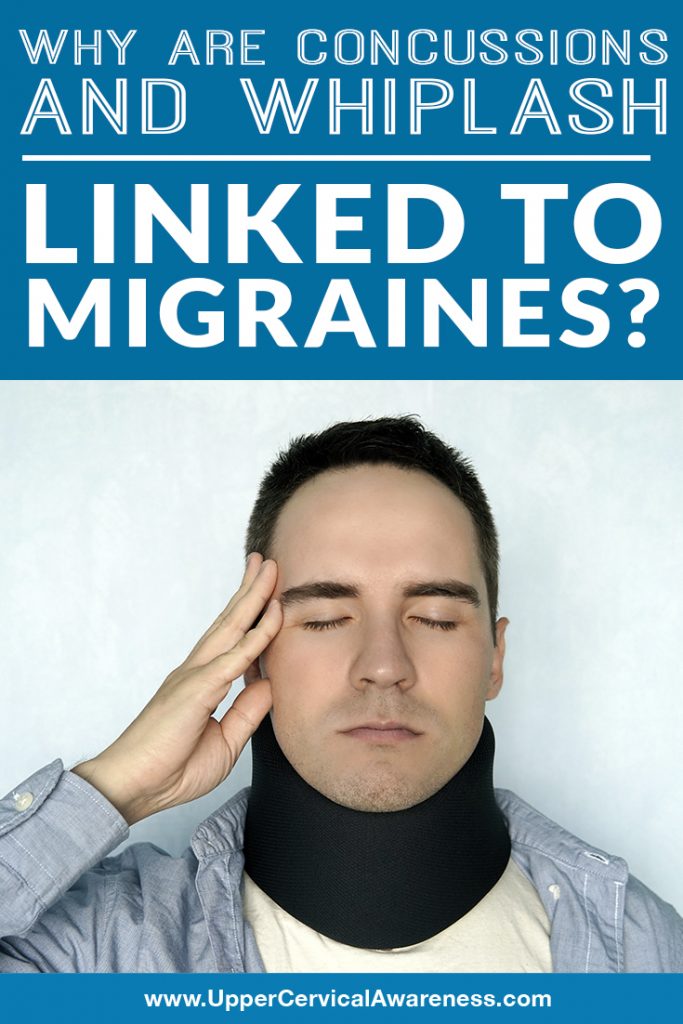 Many believe that migraines have a genetic link. However, this is not true in all migraine cases because some arise spontaneously. Numerous migraine cases start or worsen through the years after a patient suffers from an injury or accident.

One out of seven daily chronic headaches are due to a head or neck injury, and it can be any physical trauma to the neck or head. Migraines can be a very crippling condition. They include symptoms such as:

The Migraines And Whiplash Connection

Whiplash happens when the neck unexpectedly becomes extended or distorted due to an accident. It can happen when you are hit from behind while you are riding a vehicle. It is a prevalent non-fatal injury. Also, it is known to occur at just five mph, and it is the abrupt jolt of the head when a collision happens. At least 1 million whiplash injuries occur every year in the United States.

There is a new disorder called Cranio-Cervical Syndrome, and it can come out and follow whiplash victims. It shows how fragile the human neck is and how damage to the neck can restrict cerebrospinal fluid and blood flow to the brain.

Fascinatingly, while the syndrome may have a newer name and is now getting features in medical conventions, upper cervical chiropractors have already known of this type of issue for over 80 years. They have been taking care of their patients for what they refer to as an atlas subluxation complex syndrome. Thankfully, various breakthroughs in technology and research are now directing the rest of the medical community to discover how critical the upper cervical spine is when it comes to healing from concussions and whiplash injuries.

Here are the known symptoms which can indicate that you may be suffering from a whiplash injury:

Symptoms can appear immediately after the accident. But similar to concussions, symptoms may not come out until after some time later. It might come out after several days or weeks. Neck pain can be widespread and is frequently not relieved with the use of neck therapy.

Concussions are blows to the head that can make a person feel dazed or even knock them unconscious. However, you do not always need to be unconscious to get diagnosed with a concussion. Also, concussions are a type of brain injury belonging to the lower end of the brain injury severity spectrum. They occur more frequently among men because of their regular involvement with contact and physically demanding sports.

As many as 3.8 million concussions occur every year in the United States due to competitive sports and recreational activities. Also, at least 50% of concussion incidents are not reported and happen in all sports types. The most incident rates of sporting events are football, hockey, basketball, rugby, and soccer. Concussions are not exclusive to sports injuries or physical contact.

Other factors can cause concussions, and these include the following:

Young athletes may need a longer time to recover. They are also more prone to suffer from severe brain injury compared to adults.

Look out for the following symptoms which indicate a concussion has occurred:

This syndrome is associated with headaches and migraines. You may experience any of the following:

No matter what the reason for your migraines is – whether concussions, whiplash, or some other issue – upper cervical chiropractic care is here to help you get natural, safe, and lasting relief. Upper cervical chiropractors use a gentle procedure that corrects the atlas misalignment, which may be the underlying cause of your conditions.

The atlas vertebra can easily misalign during any head or neck trauma. It is also frequently connected to the pain of migraines. Once corrected, the proper flow of blood and cerebrospinal fluid will resume to its optimum levels. Thus, migraines and other accompanying symptoms will be gone for good.