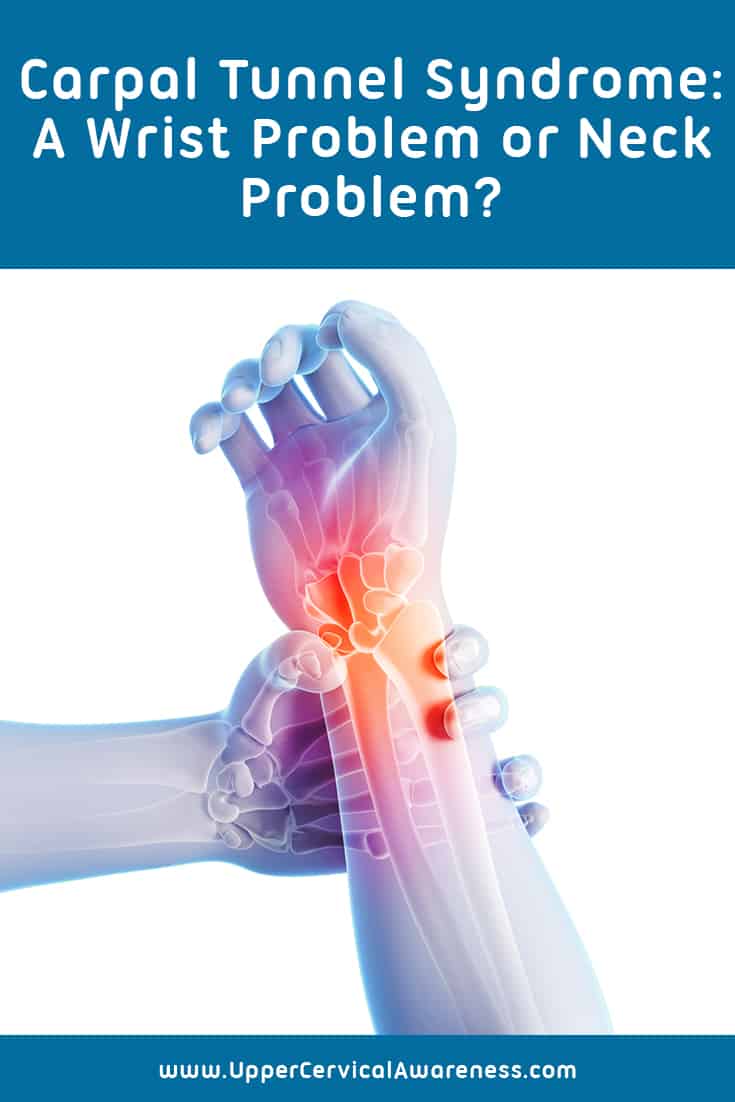 Carpal tunnel syndrome is a very common occurrence, especially among women. While the stereotype may be for a data entry person to have the most risk of developing carpal tunnel, the National Institute of Health reveals that those who perform assembly line work are three times as likely to experience this condition.
What is carpal tunnel syndrome? What are the symptoms? How can the neck play a role in a condition that is primarily felt in the wrist? We’re going to answer these questions and provide you with hope that natural help is possible.

What Are the Symptoms of Carpal Tunnel Syndrome?

Carpal tunnel is related to compression or other irritation of the median nerve. This nerve runs through the entire arm and begins in the cervical spine (neck). The symptoms of carpal tunnel usually occur gradually and may include:

What Are the Common Carpal Tunnel Treatment Methods?

Common treatment for carpal tunnel involves splints to limit movement of the wrist. Also, prescription or over-the-counter medication to control pain. As the condition progresses, a patient may submit to surgery which involves severing a ligament that may be responsible for compressing the median nerve. The patient may have surgery on one or both hands depending on which parts of the body are being affected.
After carpal tunnel surgery, the ligament should eventually heal. This process takes months. Complications can include a loss of grip strength, scarring, pain, stiffness, or an infection at the incision site. About 1 in 4 people will change jobs even after having the surgery. While recurrence only occurs in 10-25% of people (depending on the research you look at), less than half of people feel that their arm is ever the same again. Residual numbness or weakness in the arm is common.

So the question is: Is there another way you can get help for the pain of carpal tunnel syndrome?

First, we’ll start by saying that double crush is still considered a hypothesis rather than a proven fact. However, it certainly explains why relieving the pressure in the wrist doesn’t always fix the problem. The idea behind double crush is that there is another location along the nerve where compression is occurring. We don’t specifically say median nerve because double crush doesn’t specifically refer to an issue with this nerve or to carpal tunnel. Rather, it is an issue in any peripheral nerve when compression is taking place at multiple points.

Since the median nerve goes all the way to the spinal cord in the neck, a misalignment in this area can potentially be the source of a second compression point. As a result, relieving pressure at the wrist only works temporarily. The initial issue in the neck will eventually cause symptoms to flare. This could explain why patients experience carpal tunnel again after surgery, sometimes even several years later.

This hypothesis would also explain why researchers have discovered a higher rate of arthritis in the neck when examining patients who experience carpal tunnel syndrome in both arms.

It just makes sense then, that before you subject yourself to surgery that will likely have lifelong effects and perhaps even require a career change, that you exhaust every other possibility. One such possibility is that a misalignment in the cervical spine is an underlying factor in your hand and wrist symptoms.

Upper cervical chiropractors focus on relieving nerve compression pain by making gentle adjustments to very slight misalignments of the top two bones of the neck. Some patients have found that this relieves nerve pressure that causes symptoms in the arms and legs such as carpal tunnel syndrome or other conditions like sciatica which results in a similar pain and numbness sensation in one leg.

If you are suffering from carpal tunnel syndrome, especially if you have any history of head or neck trauma, have an upper cervical chiropractor perform a thorough examination of your neck. If a misalignment is revealed, precise measurements will be taken using diagnostic imaging. Gentle adjustments are safe for persons of any age. This may be your opportunity to get help for your condition without the side effects of surgery. 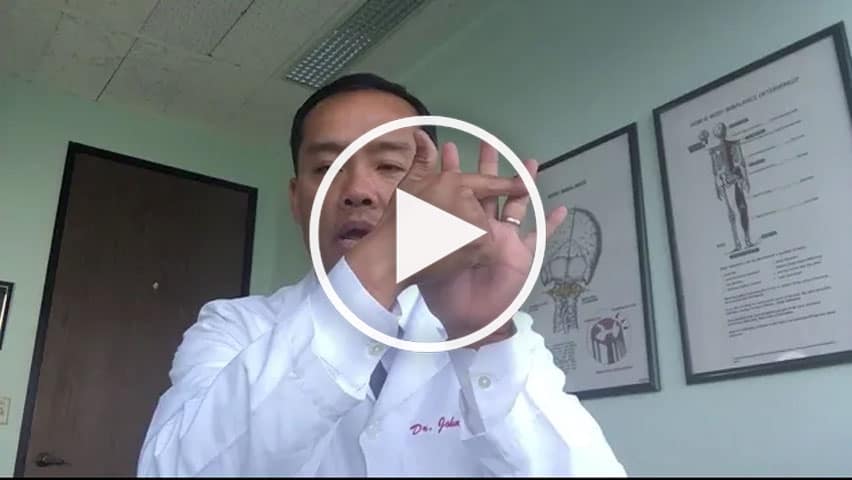 While a general chiropractor may try popping your elbow or wrist to relieve the pain, remember that this will help only if the nerve compression you are exeprincing in these areas is the only source of nerve compression. While most chiropractors adjust the neck, the precision with which upper cervical chiropractors operate may make the difference. Measurements can pinpoint misalignments to hundredths of a degree. Such a small misalignment could be creating the chain reaction in the body that is leading to chronic nerve pain. Before doing anything drastic or invasive, locate an upper cervical practitioner near you for a no-obligation consultation to see if this is a viable therapy for you.