Cannabis for Fibromyalgia Relief: Does it Work?

Home/Fibromyalgia / Chronic Fatigue Syndrome/Cannabis for Fibromyalgia Relief: Does it Work?
Previous Next

Cannabis for Fibromyalgia Relief: Does it Work? 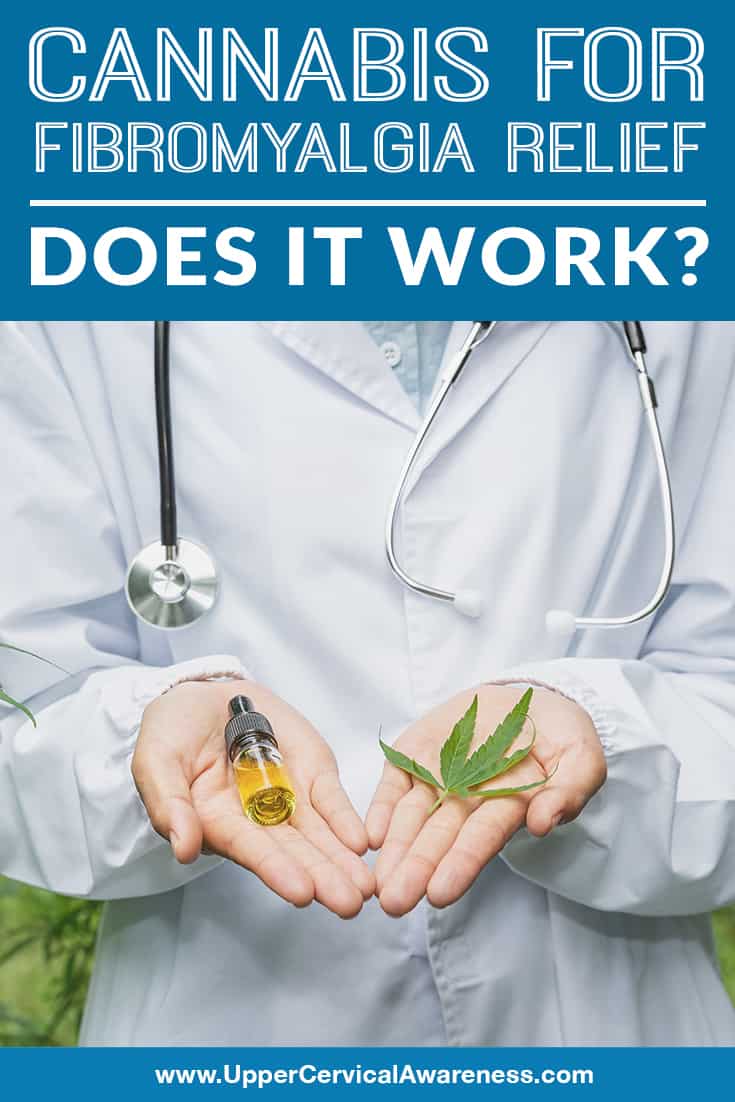 Fibromyalgia is a condition identified by fatigue, chronic pain, memory problems, and sleeping difficulty. There are many unknowns concerning the safety and effectiveness of medical cannabis in treating fibromyalgia symptoms. Can fibromyalgia patients benefit from cannabis? Does it actually relieve the pain?

However, many researchers agree that additional studies are necessary to understand the role of marijuana and its active components in treating fibromyalgia effectively. There are a few studies made that already examined the value of CBD versus THC for symptoms of fibromyalgia. Here’s a short outline of the studies made for widespread fibromyalgia symptoms:

The National Academies Press (NAP), in 2017, published a full review of the health benefits of cannabis, including therapeutic effects. According to this review, considerable evidence showed that cannabis helps treat adults of their chronic pain.

Few studies observed exclusively the pain associated with fibromyalgia. There was a 2011 study. It had 28 participants who administered cannabis meant for fibromyalgia. The patients also ranked its perceived benefits for each fibromyalgia symptom. In conclusion, approximately 43% reported considerable or substantial pain relief, and another 43% reported mild pain relief. The remaining participants indicated no improvement in their pain symptoms.

In comparison, a 2018 study composed of 25 people with fibromyalgia compared the pain-relieving effects of four kinds of marijuana. Each type had varying degrees of CBD and THC contents. Surprisingly, one of the four types of medical marijuana was just a placebo that did not contain any THC or CBD.

Following the placebo treatment, about 44% of the participants showed a 30% reduction in their pain, while 24% reported a 50% pain reduction. This study’s conclusion showed that compared to the placebo, medical marijuana showed no significant effect on the participant pain rankings.

Therefore, more studies are necessary to understand whether medical marijuana can be an effective treatment for fibromyalgia pain.

A review from NAP in 2018 concluded that there is a moderate level of evidence that cannabis-related products can assist people with fibromyalgia in improving theirs in the short term.

In the 2011 study, 81% of the participants who used medical marijuana to treat their fibromyalgia reported that they received substantial relief from their sleep problems.

Finally, a study investigated the properties and effects of nabilone, a synthetic drug with results that are comparable to those of medical marijuana. The researchers discovered that nabilone considerably helped those with fibromyalgia attain improved sleep.

What Options Do Fibromyalgia Patients Have?

Some people find fibromyalgia relief by using cannabis, while others do not. Also, the safety and effectiveness of medical marijuana in treating other fibromyalgia symptoms remains unclear.

A doctor can assist you in weighing the risks involved and the potential benefits of using marijuana for fibromyalgia. Also, a doctor can tell you whether medical marijuana is legally available in your location.

The Side Effects And Risks Of Taking Medical Marijuana

Cannabis can cause objectionable short-term side effects. These are the following:

Research into the long-term risks associated with near-daily or daily marijuana use is still ongoing. In addition, some potential risks of long-term marijuana intake are the following:

The brainstem is the central hub, which sends signals between the rest of the body and the brain. It plays a significant role in the processing and delivery of pain signals. Surrounding and protecting the brainstem is the atlas vertebra, which sits at the very top of the neck.

Trauma, extreme pressure, or injury can cause the atlas (C1) to misalign. As a result, it starts to irritate the nerves that it should be protecting.  If this occurs, it compromises the optimal blood flow and cerebrospinal fluid (CSF) flow between the neck and the head. As a result, this disturbance of normal nervous system function may be an underlying cause of fibromyalgia. Thus, it can easily explain why symptoms such as chronic pain, fatigue, and cognitive issues happen to fibromyalgia patients.

Upper cervical chiropractic care has proven it can help fibromyalgia patients find dramatic relief and improvement. In short, once the atlas is adjusted and healthy neurological function restored, healing begins, and people with fibromyalgia may experience relief and resolution of their chronic pains and other symptoms.

Therefore, look through our website for help in finding an upper cervical chiropractor near you.