Can We Blame Our Hormones for Our Migraines?

Home/Migraines / Headaches/Can We Blame Our Hormones for Our Migraines?
Previous Next

Can We Blame Our Hormones for Our Migraines? 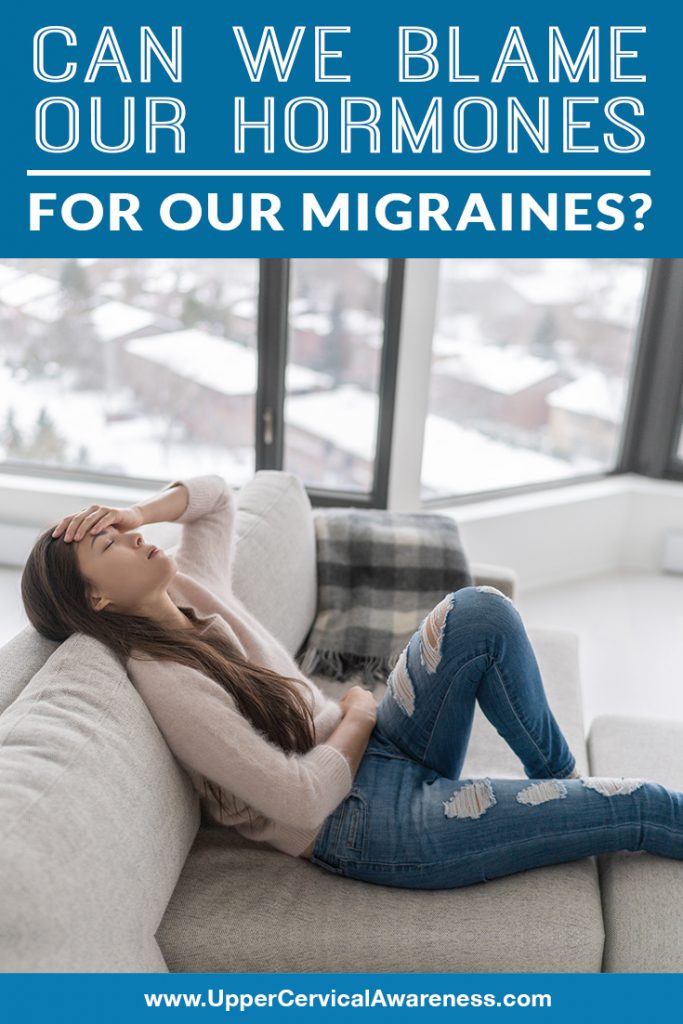 No one will ever say they enjoy the experience of migraines and the debilitating symptoms like severe head pain, nausea, vomiting, dizziness, and sensitivity to sound, light, and certain odors. The pain persists for hours to days and can make you confined to bed until it subsides. An aura may also be experienced, which is often a visual disturbance. It comes on as a warning sign before the head pain. It may involve blind spots, flashes of light, and tingling on one side of the face and in the arm or leg.

At What Age Do Migraines Usually Start?

As many as 90% of people experience the onset of their migraines before age 40. The first attack commonly comes around during the teens or twenties. They seldom begin later in life. Some patients even report their migraines becoming less frequent and less intense as they get older, and that the migraines even stop by age 50.

There is a reason why hormones are always included in the long list of migraine triggers. Hormones play a big role in migraines. More women have them than men due to their fluctuating hormones. The drop in estrogen levels or the irregular increase and decrease in hormones during menstruation or pregnancy leads to a higher risk of developing migraines.

Migraines and the Menstrual Cycle

About 50% of women migraineurs say that it is linked somehow to their menstrual cycle. This includes not only the woman’s period but also the whole cycle that results in biological changes in the body, both physical and psychological. Estrogen and progesterone, the sex hormones, along with the physical and chemical changes happening while they are being produced can greatly affect the body.

Doctors and medical researchers have supported the connection between migraines and female hormones. Women are as equally sensitive to the hormonal changes that occur during their cycle and the migraines they experience due to decreasing estrogen levels.

Often, women’s bodies become less fertile around the age of 40, when the ovaries gradually stop generating eggs each month. Peri-menopause is the time when a woman’s periods become irregular until they cease entirely. Menopause happens when the periods stop completely. Most women hit menopause around the age of 51, but it can happen anywhere between the ages of 40 to 60 years.

Women may realize that their migraines are associated with their periods during the peri-menopause phase. During this period, the ovaries are producing less estrogen, and the hormonal changes can lead to episodes. Studies have shown that menopause worsens migraines for about 45% of women, while it improved the episodes in 15% of women.

The hormone cycle lasts for some more years after women experience their last period. While hormones are not enough to cause menstruation, they can still cause women to suffer from a migraine. Fortunately, this stops after about 2 to 5 years.

Dealing with migraines during menopause can be tough as the irregularity of the menstrual cycle can make them unpredictable. Many women experience a lack of sleep due to night sweats and hot flashes, adding to stress levels, which can trigger attacks.

Keeping a Migraine Diary Can Help

Doctors often advise women to keep a diary to see whether their migraines are related to periods or other menstrual symptoms. It will benefit you to look back on your diary and identify if a pattern is developing.  Also, keep track of these other equally important things:

Women may discover that one of these has more to do with triggering migraines than their menstrual cycle. Once you have identified your personal triggers – discuss it with your doctor and avoid these triggers to try to reduce the number of migraines you have.

The C1 and C2 vertebrae do the tough job of protecting the delicate brainstem. The brainstem makes possible all kinds of involuntary functions in the body, including digestion and breathing. Our brains may have control over these actions, but we don’t need to think about them or ask our brain to keep doing them because they have been made automatic by our brainstem. One of the functions that the brainstem manages is hormone regulation. If the brainstem stops functioning properly, migraines linked to hormone production can develop. This implies a connection between migraines and a misalignment in the bones of the upper cervical spine. What’s the impact of a vertebral misalignment on the brainstem?

If the C1 or C2 has misaligned, the brainstem becomes stressed, resulting in miscommunicated signals to and from the brain. This can negatively impact several things in the body, including hormone production. Upper cervical chiropractors use a gentle method to correct this misalignment. Their process does not include popping or cracking the neck to get desired results. Instead, they encourage the bones of the neck to return into place naturally.

Research observing 101 migraine patients showed that specific adjustments in the upper cervical spine could help descrease the severity and frequency of migraines. If you have been looking for a way to reduce or eliminate your migraines, turning to an upper cervical chiropractor in your area is a great place to start.