Can Meniere’s Cause Ear Congestion?

Can Meniere’s Cause Ear Congestion? 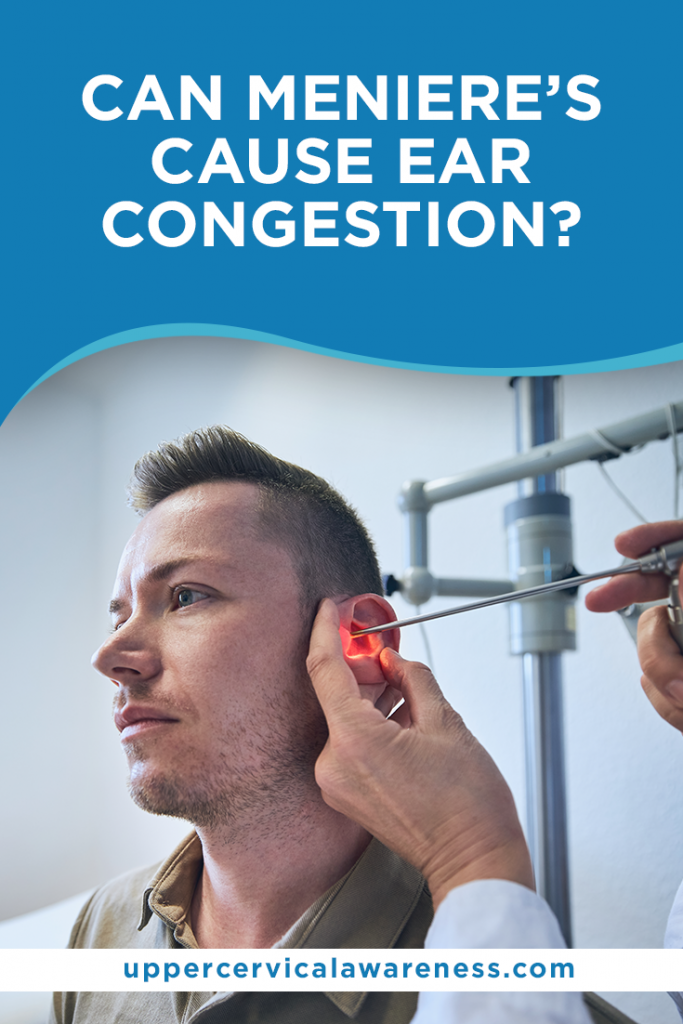 Waking up with ear congestion can be an awful experience. It’s uncomfortable and frustrating, and it can affect your entire day. It might also be worrying, especially if you’re unsure why you experience such a symptom or when it occurs with other symptoms such as vertigo. Every ENT doctor or upper cervical chiropractor for vertigo may hear some patients complain about spinning sensations with ear fullness or congestion. These often come from those with Meniere’s disease, an inner ear problem caused by abnormal accumulation of fluids in the ear.

Indeed, Meniere’s disease can cause ear congestion. The excess fluid builds pressure inside the ears, congesting the canals and impacting the ear’s balancing and hearing function. Sometimes, the ear fullness stems from a viral or bacterial infection of the inner ear. You will have to wait for your condition to heal before you can experience relief from ear congestion in such cases.

Other cases, on the one hand, arise from poor fluid drainage because of a neck misalignment. As a result, many patients who get diagnosed with Meniere’s seek upper cervical care.

Meniere’s Can Cause Various Symptoms

The ears function is not limited to helping you hear sounds around you. Unknown to many, the ears also serve a critical role in maintaining and perceiving balance. With the tiny bones inside the inner ear or the vestibular system, your brain receives information about your head’s movement and orientation.

Unfortunately, when you have Meniere’s disease, your ear’s vestibular and auditory functions become impaired. As the pressure in the inner ear section increases, the more problem you have with your sense of balance and hearing. Here’s a brief overview of the usual symptoms that people with Meniere’s disease observe:

Over 50 million Americans have tinnitus, and a large fraction of these cases occur because of conditions like Meniere’s disease.  This condition causes you to hear irritating buzzing or ringing sounds in one ear.  The worst part about this condition is that many think that the sounds aren’t real or that people experiencing tinnitus are hallucinating.

Nothing can be more worrying than hearing no sounds at all. Singer-songwriter Jessie J recently shared on social media about her Meniere’s diagnosis. Among the symptoms she experienced was temporary hearing loss. Fortunately, her symptoms have improved over the years. Some patients aren’t too lucky because they have long-term hearing loss. On the other hand, others recover but can only hear a limited range of tones and pitches. 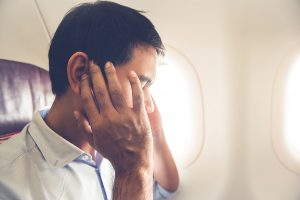 The ears and eyes work hand in hand to detect motion and balance. That’s why, when you have a vestibular disorder such as Meniere’s, you will likely develop a problem called nystagmus. Essentially, this symptom causes uncontrollable eye movements as your brain gets tricked into thinking that you’re moving when you’re not.

Exhaustion among patients with Meniere’s disease is not limited to the physical aspects. More often than not, patients also complain about how mentally taxing Meniere’s can get. Many people with Meniere’s feel burnt out because it’s challenging to resolve the symptoms.

Did you know that about a third of migraine cases report vertigo and other symptoms of Meniere’s? One of the reasons this occurs is that migraines and Meniere’s likely develop due to a neck misalignment. That’s why it’s not surprising to find a significant fraction of people turning to a chiropractor for vertigo for help.

Because Meniere’s disease affects the inner ear, it also triggers other vestibular problems such as vertigo. This symptom causes spinning sensations even when you’re quietly sitting or standing by the corner of a room. It can last for a few minutes but can easily stretch to several hours, depending on its root cause.

Why It Helps To See An Upper Cervical Chiropractor for Vertigo

Upper cervical chiropractic care has been around for years and has helped thousands of patients live a normal life after other remedies didn’t work for them. It has been quite popular among people who seek alternative healthcare techniques to manage their conditions, such as Meniere’s.

This technique implies that some diseases, such as Meniere’s, develop or worsen when a person has neck misalignment. When the neck shifts even by the slightest degree, several parts of the body suffer, including the brainstem, the spinal column, surrounding nerve tissues, and muscles. It can also affect fluid drainage in the head, which could impact the vestibulocochlear nerves.

With upper cervical care, you can correct the faulty alignment. In effect, you can gradually recover from your symptoms and possibly eliminate them so you can live comfortably. It’s a precise and gentle procedure that involves finding and measuring the bone misalignment along your cervical spine. Then your upper cervical care doctor plans the adjustments needed and carries them out over several sessions.

Slowly, as the bone shifts back to its neutral position, you can relieve the pressure on your brainstem and nerves. Drainage of fluids like blood and cerebrospinal fluid also goes back to normal, helping you reduce pressure inside the ears.

If you want to discover what upper cervical chiropractic care can do for you, we suggest paying a visit to the nearest chiropractic office in your area.