All the Key Details of Meniere’s Disease Explained

All the Key Details of Meniere’s Disease Explained 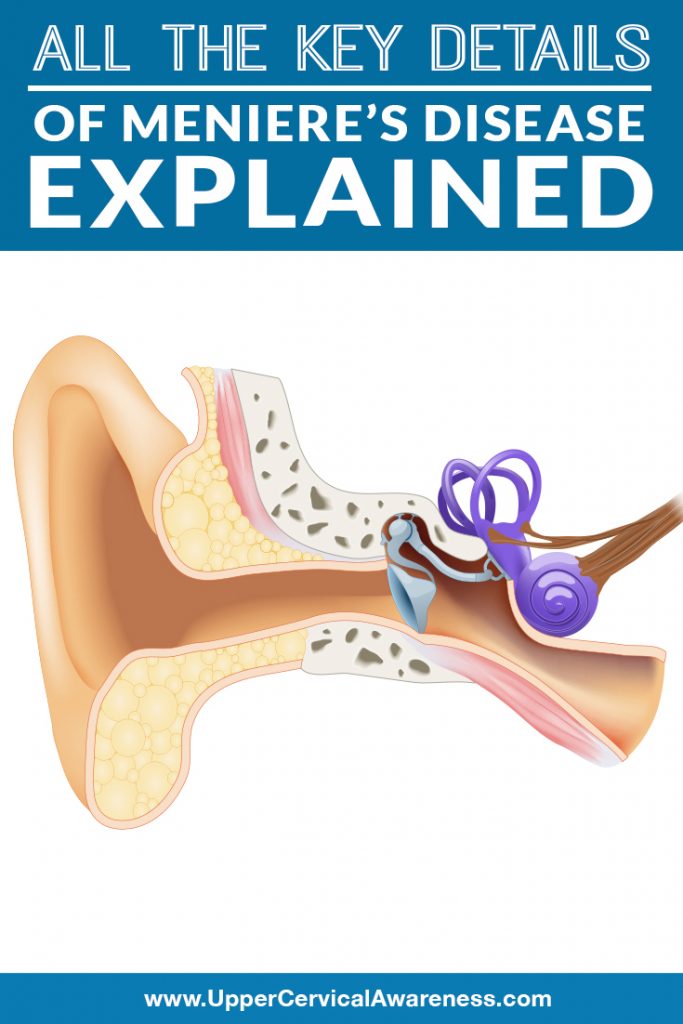 Meniere’s disease is a chronic disorder of the inner ear (vestibular). French doctor Prosper Meniere first theorized that episodes of vertigo, hearing loss, and tinnitus originated from an issue in the inner ear rather than from the brain.

After his idea spread and became widely accepted in the medical field, a comprehensive definition of Meniere’s disease emerged. It became a type of endolymphatic hydrops creating a recurring set of symptoms due to an abnormally large amount of fluid in the ears. The liquid that gathers in the inner ear is endolymph.

According to the National Institutes of Health, as many as 615,000 people have Meniere’s disease, with 45,500 cases of diagnosis or re-diagnosis each year. It can afflict people of all ages. However, it mostly affects adults between 40 to 60 years of age. Meniere’s disease is a rare condition.

While the buildup of endolymph in the inner ear was established as the source of Meniere’s disease, the reason why it happens remains a subject for exploration by researchers. What exactly causes it or why does it occur? There is no definite answer to it yet, but some theories include the following:

The most recognized theory has to do with the volume of fluid producing increased pressure in the inner ear or from potassium moving in an area of the ear that it does not belong in. This may be credited to an interruption in the membrane dividing the endolymph from the perilymph (the other inner ear fluid). People who have Meniere’s identify selected events and conditions that can sometimes prompt an episode to happen:

Listing down all the common symptoms of Meniere’s is challenging to do as they do not tell the entire story. Symptoms of Meniere’s vary depending on if it is before, during, between, or after episodes. The late stage of Meniere’s also has different signs and symptoms. For example, Meniere’s may start with temporary hearing loss that comes and goes but later changes to dizziness and vertigo.

Sometimes an aura occurs before an attack strikes. It is a visual or sensory disturbance that usually signifies a Meniere’s attack is about to happen. It is best to be mindful of an aura to help you prepare and get to a safe place before the episode comes on. These are some of the warning signs and symptoms of Meniere’s:

How Long Do Meniere’s Attacks Last?

Episodes of Meniere’s can persist from 20 minutes to 24 hours. They can hit numerous times a week or may be separated by weeks, months, or even years. It is an unpredictable disorder that makes a diagnosis and seeking treatment very tough.

Ways to Cope with a Meniere’s Attack

Living with Meniere’s disease is not easy given the unpredictability of the disorder and the reality that the symptoms are unfamiliar and unnoticeable to family and friends. The general public knows little about Meniere’s, including what it is or how to manage it. Here are some ways to cope with the disease.

After an episode, many Meniere’s patients feel the urge to sleep. Resting for a brief time is fine; however, standing up and moving around as soon as you can will encourage the brain to control the balance and reprogram back to normal. Safety measures are essential as you adapt to new balance sensations.

A Natural Method to Get Relief

Another underlying cause for the occurrence of Meniere’s disease is a misalignment in the bones of the upper cervical spine. This is something often overlooked by doctors as it can’t be easily uncovered through a routine examination.

The uppermost bones of the spine – the C1 (atlas) and C2 (axis) – protect the brainstem against damage. This part of the central nervous system is responsible for regulating many automatic functions of the body. If a misalignment occurs in either of these bones, the brainstem may experience a malfunction. This means that signals being relayed to and from the brain can become inaccurate, leading to an abnormal fluid buildup in the ear and many symptoms of Meniere’s disease. Notably, many Meniere’s patients recount having injury or trauma to the head or neck before the onset of Meniere’s.

If you wish to stop the debilitating symptoms of Meniere’s, seek the care of an upper cervical chiropractor. Click the doctor finder button below to see the best options for a chiropractic doctor near your city.