All About Meniere’s Disease and It’s Symptoms

All About Meniere’s Disease and It’s Symptoms 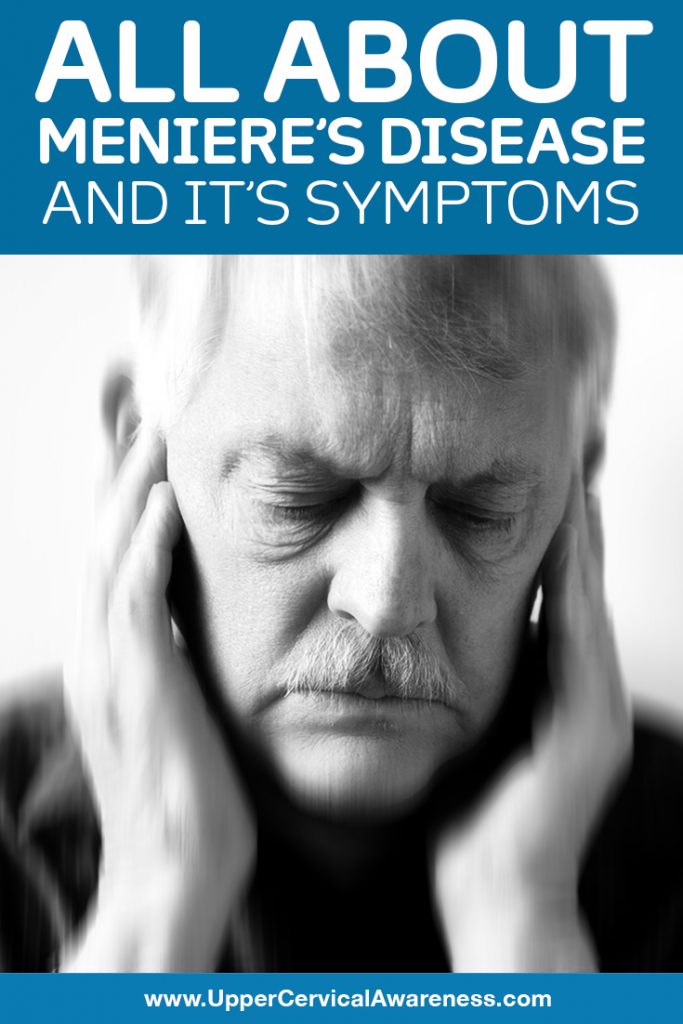 Meniere’s disease, while rare, is very frustrating to those suffering from it. It has a number of symptoms that can cause the person to be out of commission until they subside. The name Meniere’s disease was coined in 1861. The French physician Prosper Meniere had a theory about a group of symptoms that attacked all at once. He felt these symptoms were coming from the inner ear rather from the brain, which was the accepted belief at the time. Once his theory became more and more popular, the name Meniere’s disease started to be associated with the inner ear and balance disorders. This is still true today.

Meniere’s disease can come about at any age. However, it is more likely to be seen in adults between the ages of 40 and 60 years of age. It is estimated that 615,000 people in the United States have Meniere’s disease, and 45,500 new cases are being diagnosed or re-diagnosed on a yearly basis.

No one really understands for sure what causes Meniere’s disease. Many theories abound. Some of these include the following:

An acute attack of Meniere’s seems to be linked to an increase of pressure in the inner ear due to a large amount of fluid present within it. Meniere’s may also be due to the existence of potassium in a part of the ear where it does not belong. This can be caused by a tear in the membrane separating endolymph fluid from perilymph fluid. It seems as if certain triggers may be responsible for an attack of Meniere’s. Such Meniere’s disease triggers may be some of the following:

The following list of symptoms are associated with Meniere’s disease. After reading this list, if you think you may have this condition, continue reading to find a way to care for it naturally.

Dizziness is associated with a large number of conditions, but it is also one of the major symptoms of Meniere’s disease. It’s not just simple dizziness, but vertigo — a sensation that you or the things around you are spinning. This is connected to your inner ear, which is responsible for balance. Meniere’s attacks the tubes of your inner ear. It makes sense then that dizziness or vertigo is bound to happen when the disease flares up. In some severe cases, you may fall over or feel like you have been pushed down. This can be very dangerous if you driving, working, or even simply walking.

Usually temporary and only in one ear, hearing loss can become permanent if not cared for. It may feel as if your ear is plugged and sound may seem to be distorted, fuzzy, far away, or even tinny sounding. You may also experience sensitivity to sound. Removing the excess fluid in the ear often eases this symptom.

Tinnitus (ringing in the ear)

Tinnitus is noise in the inner ear that is often described as ringing, hissing, buzzing, whistling, or roaring. Meniere’s disease affects everyone differently. Some may have tinnitus without vertigo or hearing loss. This symptom is extremely hard to deal with even though it causes no pain.

Feeling sick to your stomach and going as far as vomiting can happen while you are experiencing vertigo. When you are hit with a Meniere’s attack, vertigo can last for half an hour or as long as 24 hours. These attacks may seem short; however, the nausea and other symptoms can be very intense.

Diarrhea may occur during an attack when vertigo is also present. It may continue after the flare up has eased up. Staying hydrated at all times is very important because you do not know when Meniere’s will attack. Since you may also vomit, it is easy for you to become very dehydrated, leading to other health complications. Abdominal pain and gastrointestinal discomfort may also happen.

These are jerky eye movements that occur in one or both eyes. They may go side to side, in a circular motion, or up and down. It just depends on the person and the attack.

During an attack, if you are experiencing vertigo, nausea, and vomiting, you may also experience cold sweats. These are associated mainly with the symptom of vertigo.

Those who have Meniere’s have been seen to be more sensitive to exhaustion. Tiredness may play a role in making the condition flare up. So, this symptom can be part of a vicious cycle. Getting into a good sleep routine is vital for Meniere’s patients.

People have reported feeling changes in their mood during and in between episodes. You may feel anger, anxiety, irritability, and fear.

Severe headaches, specifically migraines, often go along with Meniere’s disease. It is theorized that migraines cause inner ear damage, thereby causing a flare up of Meniere’s. They seem to go hand in hand.

So, the question becomes, “What is causing inflammation and fluid build up in the inner ear?” The answer may surprise you. It may be linked to a misalignment in the bones of the upper cervical spine. A misalignment in either the C1 or C2 vertebra can put the brainstem under stress and cause it to malfunction. If the brainstem is sending improper signals to the brain, the symptoms of Meniere’s disease can follow.

Using a gentle method to realign these bones, upper cervical chiropractors help restore communication between the brain and the body. This often helps to relieve the symptoms of Meniere’s disease.