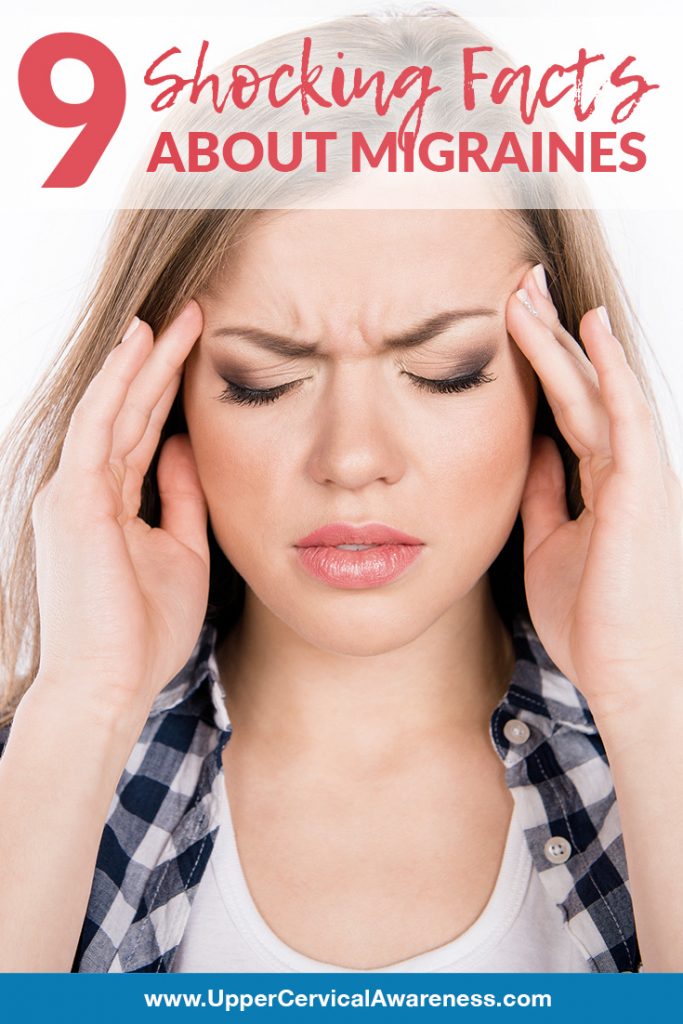 Migraines are so common, you may be surprised to learn how far lone you are if you suffer from them. Even if you just know someone who is battling migraines, these facts can help you to understand the condition better and be more supportive. In the end, we will discuss a natural way that some are finding migraine relief, but first, let’s look at some of the facts about migraines.

Let’s break down what this fact means. First of all, it makes migraines number 3 on the list of the world’s most common ailments. Second, it means that in the US about 1 in every 4 households has a migraine sufferer. Plus, you will notice that the statistic says people and not adults. That’s right- about 10% of kids have migraines.

Fact 2 – Migraine Is a Leading Cause of Disability

Migraines are more than just a minor annoyance. 9 in 10 patients are unable to carry out normal activities or work during an attack. Severe migraines that occur frequently can become debilitating. In fact, migraine is number 6 on the leading cause of disability list. More than a million people head to the ER for migraines each year.

A headache is a symptom of a migraine. Migraines are a neurological condition and often present with other symptoms like nausea and vomiting, sensory sensitivity, and throbbing head pain that may grow worse with activity.

Fact 4 – Migraines May Occur in Phases

About 18% of women experience migraines versus about 6% of men, so about three times as many women are afflicted with the condition. Chronic migraines are even more disproportionately split with about 17 out of 20 sufferers being female. Fluctuating hormone levels can trigger migraines, so it is common for women to get migraines during pregnancy, menopause, or during certain parts of their monthly cycle.

Fact 7 – Kids Can Get Migraines Too

Migraines are often underdiagnosed in children, but research indicates that up to 10% of kids get migraines. This condition is not hereditary, but there may be some genes that predispose a person. As a result, about 50% of the children of migraineurs are affected. That number jumps up to 75% if both parents have the condition.

Businesses in the US lose more than $13 billion each year due to the fact that migraines result in 113 million missed days of work. The only part of the economy that benefits from migraines is the medical industry. More than $41 billion is spent per year in the US on migraine care. That includes $1 billion in brain scans alone.

The things that can set off an episode for someone who suffers from migraines varies wildly from person to person. Here is a small selection of triggers that may bring on an attack:

While some claim to have food triggers, there is little scientific evidence to back this up. Some of the most blamed culprits are red wine, chocolate, MSG, caffeine, and foods that contain nitrates. Something to consider, however, is that food cravings can precede a migraine. This may give a person the mistaken idea that the food triggered the migraine whereas, in reality, the craving was an indication that the migraine was already on its way. However, if you have any food sensitivities, it is a good idea just to avoid those foods anyway.

If you are tired of over-the-counter or prescription pain medications that may just make matters worse, you are not alone. That’s why we have seen many people turning to upper cervical chiropractic care. Gentle adjustments of the C1 (atlas) can help to correct a misalignment that could be at the root of chronic migraines.

Even a slight misalignment of the atlas can affect brainstem function, cerebrospinal fluid drainage, and blood flow to the brain. Migraines can be the result. Any head or neck trauma could have resulted in such a misalignment, so if you have ever suffered a whiplash injury or concussion, this may be the right option for you.

To learn more about what is involved in upper cervical chiropractic, schedule a consultation with a practitioner near you.