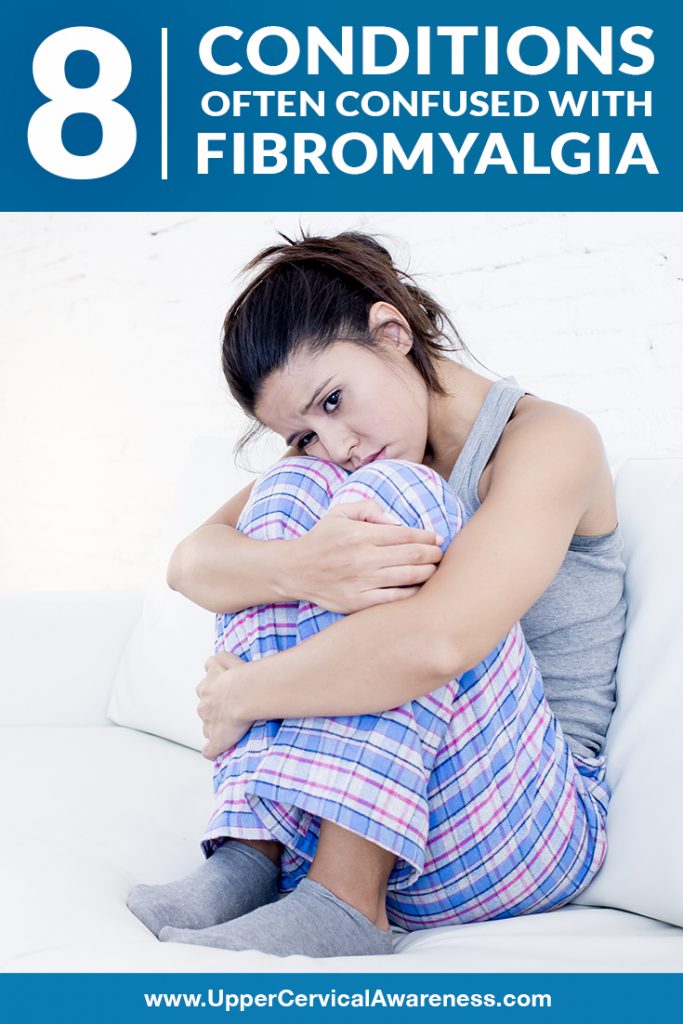 Fibromyalgia is such a complex condition to diagnose and care for. We still have so much to learn and address about the disorder, including its exact cause, way of detection, and cure. Since these facets of fibromyalgia remain vague, many patients consider their situation a hopeless case.

Add to the hardship of having the condition is its similarity to other disorders, which makes it challenging to diagnose. What conditions mimic similar symptoms as fibromyalgia?

Before diving into the conditions often confused with fibromyalgia, let’s first discuss its known symptoms. These symptoms are general, meaning they can also be warning signs of a whole host of other diseases.

These debilitating symptoms are not exclusive to fibromyalgia alone. They can also appear in other conditions that can have a dramatic impact on a patient’s manner of living.

Fibromyalgia shares the same symptoms with these prevalent health conditions, which explains the confusion of many people and even medical professionals themselves. Doctors must rule out these conditions before they give a patient a fibromyalgia diagnosis:

This is a condition that causes long-standing and disabling fatigue. Both fibromyalgia and chronic fatigue syndrome (CFS) share the symptoms of fatigue, sleeping trouble, lack of energy, cognitive problems, and mood disorders.  However, pain is the hallmark of fibromyalgia. Fibromyalgia patients feel pain in 18 tender points in the body, unlike CFS that has unpredictable pain patterns.

This disease is spread through the bites of an infected tick. Someone who has contracted it may experience rashes and flu-like symptoms such as fatigue, body aches, chills, fever, or headache. It can also cause severe pain and inflammation in the joints and muscles, cognitive symptoms, weakness, or numbness in the limbs. While it shares common traits with fibromyalgia, Lyme disease is due to a bacterial infection. On the other hand, fibromyalgia is due to the abnormality in the pain processing of the central nervous system.

This is an autoimmune disease where the immune system attacks the joints and other organs of the body. Like fibromyalgia, it involves symptoms like muscle and joint pain, sleep problems, chronic fatigue, and depression. However, it does not originate in the nervous system and the inflammation it causes spreads even in the skin, lungs, and eyes.

Another autoimmune disorder, lupus occurs when the antibodies attack the tissues in the body. Both lupus and fibromyalgia bring about joint or muscle pain, fatigue, cognitive symptoms, and headache. But lupus causes rashes and mouth ulcers, which are not present in fibromyalgia. Fatigue in lupus is also only common during a flare-up. While fatigue in fibromyalgia is chronic and does not go away.

This is a chronic pain condition that affects the muscles. Often due to muscle overuse or injury, tender knots develop within a muscle or adjoining muscle group. As a result, patients experience deep muscle pain. It differs from fibromyalgia as it affects only the muscles. Fibromyalgia affects both muscles and joints.

It is an autoimmune condition wherein the body attacks its own tissue. When patients with celiac disease eat any food with gluten, the small intestine endures damage. Some of the symptoms of celiac disease mimic the symptoms of fibromyalgia, such as stomach ailments, body-wide pain, chronic fatigue, and cognitive problems. The only difference is gluten sensitivity is not involved in fibromyalgia.

Any disorder may affect the thyroid, small gland located in the endocrine system. The thyroid produces hormones that regulate the body’s metabolism. Some of the common thyroid conditions are goiter, hyperthyroidism, hypothyroidism, Graves’ disease, Hashimoto’s disease, and thyroid nodules. Both a thyroid disorder and fibromyalgia cause fatigue, mental fog, and depression. However, muscle and joint pain in thyroid disorders are only occasional and less severe.

This occurs when the peripheral nerves outside of the brain and spinal cord gets damaged or diseased. It causes numbness or weakness in the hands or feet, throbbing or burning pain, oversensitivity to touch, and lack of coordination. Peripheral neuropathy may have an underlying cause such as diabetes and other conditions, unlike fibromyalgia, which is a stand-alone condition.

Knowing the atlas’ vulnerability to wear and tear or injury (as it supports the weight of the head and enables its movements into different directions), upper cervical chiropractors work to keeping its correct alignment.

An atlas misalignment can cause the rest of the spine to twist to continue supporting the head upright well. It can also affect the function of the brainstem, the part of the central nervous system responsible for processing the pain signals that reach the brain and body. If the brainstem does not work correctly, it can bring on the symptoms of fibromyalgia and other conditions similar to it.

If you have fibromyalgia or any of the conditions listed above, feel free to use the search function on our website to get the help of an upper cervical chiropractor in your area.