7 Things You Never Knew About Migraines

7 Things You Never Knew About Migraines 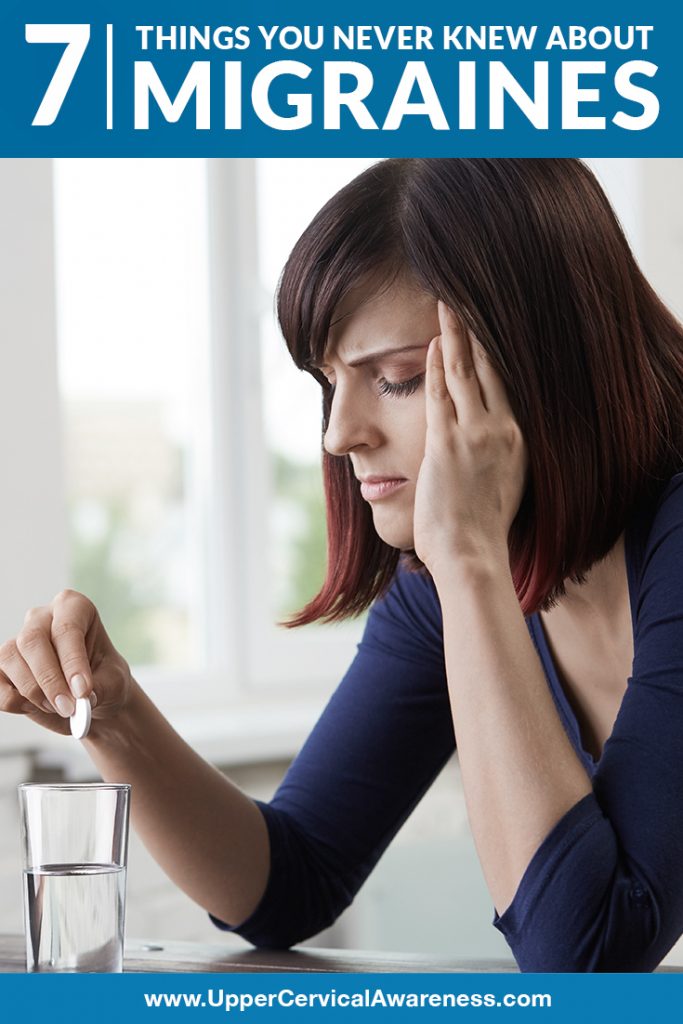 It probably won’t surprise you to discover that migraines are an extremely common health problem. In fact, more than 39 million Americans are migraineurs. However, despite how common they are, there is still an incredible amount of confusion surrounding this neurological condition. Here are seven things that most people don’t know about migraines.

How could this be a little-known fact? Don’t most people associate migraines with headaches? While that’s true, the shocking part to most people is that the statistic is not 100%. This is because many people believe migraines are just bad headaches. However, this neurological condition is not the same as a headache. In fact, 10-15% of the time, there is no headache during a migraine. Headaches are just the most common symptom of the disorder, not the defining trait of the health condition. When it does not include a headache, this may be referred to as silent migraine.

This is one of the most common migraine symptoms with about 60% of people saying that neck pain begins before the headache phase and a total of 75% of migraineurs reporting neck pain at some point before or during the attack. So why do medical sites like WebMD not list neck pain as a migraine symptom? Also, other reputable sites just throw in neck stiffness at the end of the list as an afterthought? Perhaps it is because many health professionals still deny the connection between neck injuries and the onset of migraines.

Are you avoiding red wine, chocolate, or coffee in an effort to reduce how often you are getting migraines? For most people, they deny themselves these treats without cause. According to the Migraine Research Foundation, strong scientific evidence is lacking when it comes to the link between specific foods and migraines. That said, you have to trust your own journal. Therefore, if you get migraines after a specific food, it makes sense to avoid it. Your problem may actually be a food sensitivity that triggers attacks. On the other hand, it may be a food craving (a common prodrome symptom) that is causing you to eat a certain food just before a migraine rather than the food itself being a trigger.

#4 Your Headache Medicine May Be Your Trigger

Many people do not realize that headache medications are rarely intended for daily or long-term use. This is especially true with over-the-counter (OTC) pain relievers. Most people associate a pill being OTC with it being safe for daily use. However, many of these drugs say right on the bottle that daily or long-term use can have side effects, including causing headaches. If your migraines start out occasionally and gradually became chronic or even daily, you may need to look at the medicine you are taking for the pain. It may actually be triggering a cycle that leads you to take more medication and to have more frequent migraines.

#5 This Is a Neurological Condition

When you think about neurological conditions, your mind probably immediately goes to things such as Alzheimer’s, Parkinson’s, multiple sclerosis, epilepsy, stroke, or brain cancer. Realizing that migraines are in the same category of these other serious conditions helps to dispel the idea that these are just bad headaches. For anyone who doesn’t understand how migraines can be one of the most disabling conditions in the world, knowing the list of symptoms and the category of disease it is in can make a world of difference.

While symptom is a bad term, depression is an associated condition that often comes along with migraines. For example, in a Dutch study from 2010, researchers discovered that migraineurs were twice as likely to suffer from depression as a person who does not get migraines. That makes getting migraines a huge risk factor when it comes to depression. And again, it reinforces the fact that migraines are linked to the proper function of the central nervous system (CNS), rather than being common headaches.

#7 You Can Get Natural Help for Migraines

In various case studies, upper cervical chiropractic care has been able to reduce the frequency of migraines or even eliminate them altogether. Why does this subspecialty of chiropractic have such a powerful effect for migraineurs?

If you are suffering from migraines, especially if you have a history of head or neck trauma, you should consider seeing an upper cervical chiropractor. A consultation may be your first step toward finding natural help for your chronic condition. Migraines don’t have to lead to disability. Upper cervical chiropractic may be able to help you get your life back from this debilitating condition.