7 Shocking Facts About Migraines and Women

7 Shocking Facts About Migraines and Women 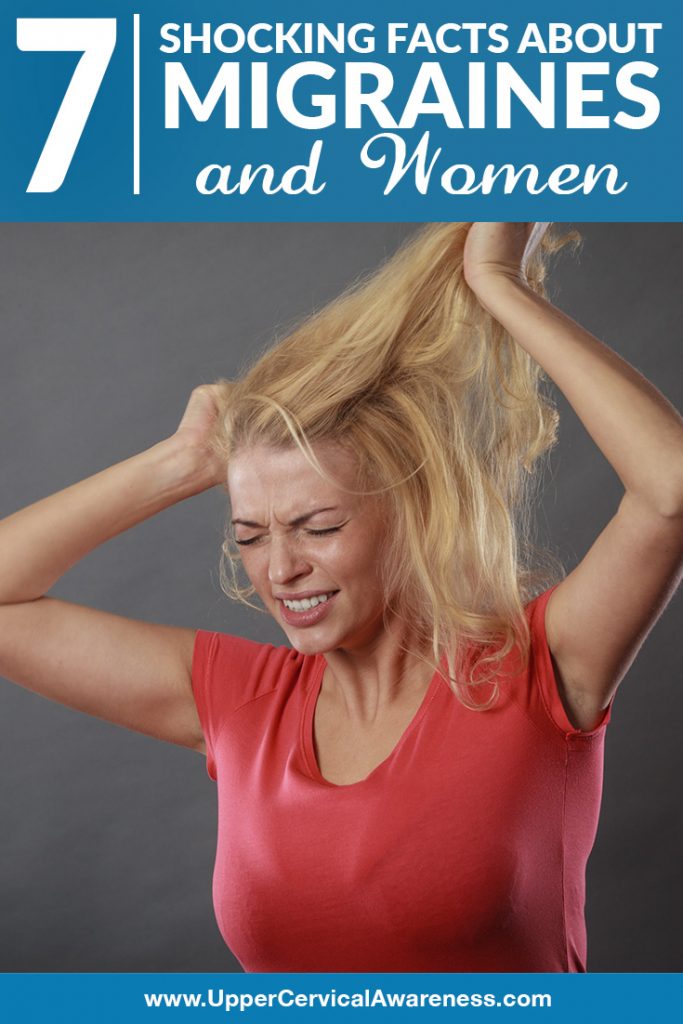 You may already know that migraines are more common for women than men. While a health condition can’t be discriminatory, there are underlying factors that can lead one particular race, nationality, or sometimes even gendered to be predisposed to a certain condition. Here are 7 facts you may not have known about the neurological condition and why it disproportionately affects women.

#1 About 28 Million American Women Get Migraines

That is a startling figure. In fact, it equals out to approximately 18% of women in the US. So if you are a female suffering from the conditions, you are far from alone. This is one of the most common health disorders. But don’t let how widespread the problem is take away your hope. At the end of this list, we’re going to consider a natural form of care that has been helping many women (and men for that matter) get help for chronic migraines.

#2 Most Chronic Migraine Patients Are Women

#3 Pre-Puberty, More Boys Get It Than Girls

This begins to shed light on why more women are dealing with migraines than men. Before puberty, about 5% of kids get migraines, and the majority of those kids are boys. After puberty, the number quickly spikes to 10% with the majority being women. This shows that at the age hormones start to play a larger role in the body, women suddenly have to deal with this condition more. It is no wonder that adult women migraineurs outnumber adult men migraineurs.

Some people have migraines as kids, and then they go away later on in life. Some people never get it until well into adulthood. Regardless of the onset or whether or not hey resolve on their own, migraines will eventually affect close to 25% of women. That means you have a 1 in 4 chance of developing migraines from the moment you are born female. Unfortunately, if one or both of your parents suffer from the neurological condition, the odds increase substantially.

As noted previously, about 18% of adult women experience migraines. This is in sharp contrast with only 6% of adult males suffering from migraines. Some have posited that this is not necessarily because women get more migraines but that men often feel they have to “tough it out” and not seek medical treatment. Thus, many men who suffer from migraines are never diagnosed. Also, there is a stigma attached to suffering from migraines, and some men are afraid to get a diagnosis because they don’t want it to affect things like their career or a romantic relationship. Thus, they try to self-medicate using over-the-counter pills. Whether this is the real reason for the discrepancy or not has never been thoroughly researched.

#6 Most Women with It Suffer from Multiple Episodes Per Month

That means more than half of women who get migraines average at least two episodes per month. However, 1 in 4 women migraineurs experiences at least one attack per week. Remember that for it to be considered chronic, a person has to have 15 or more migraine days monthly. So some of these patients may be dealing with 5-14 migraines per month, be averaging more than one per week, but still not be diagnosed with chronic migraines.

Research has shown that female migraineurs experience more frequent and severe episodes during pregnancy, menopause, and at certain times during their monthly cycle. This, again, points to the fact that hormone levels have something to do with why women get more attacks than men. While hormones may not be the underlying cause, they seem to trigger attacks and make the symptoms more difficult to deal with.

Hope for Women Suffering from Migraines

So far, the facts about migraines have been pretty bleak. However, we would like to introduce you to upper cervical chiropractic care because this precise and gentle subspecialty of chiropractic has been providing hope for many.

You may have noticed that you often experience neck pain along with your migraines. This is a symptom for about 75% of migraineurs, either during or preceding the moderate to severe headache. One reason may be that a misalignment of the C1 or C2 is the underlying problem. Such a misalignment could result in pressure being placed on the brainstem or spinal cord. It may also lead to restricted blood flow to the brain or inhibited cerebrospinal fluid drainage. These are all factors in the onset of migraines.

Upper cervical chiropractors take precise measurements of these particular misalignments and administer extremely gentle adjustments to correct the problem. For many in case studies, this has led to fewer or less severe attacks. Some have even seen chronic migraine problems go away for good. To learn more, contact an upper cervical practice in your local area and schedule a visit.