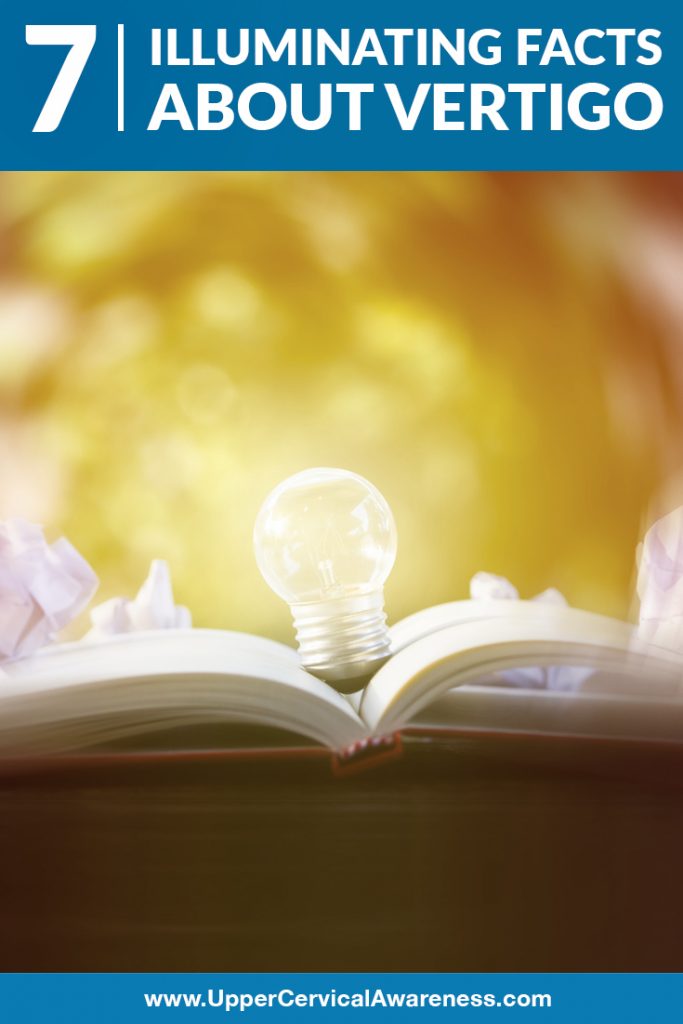 If you have regular vertigo episodes, it is important for you to learn about the condition. The more you understand the different aspects of vertigo, the more ready you are in finding a good solution. Here are few facts about vertigo as well as a new, exciting alternative treatment option.

Fact 1 – It Is an Experience of False Movement

People often consider it to be a feeling of dizziness or lightheadedness. While a person may become dizzy during an episode, it is the feeling that your surroundings are spinning. In reality, there is no movement happening at all. The feeling of false movement may also be more of a rocking sensation similar to when a person gets off of a boat and has become accustomed to the sensation of the waves hitting the boat. A severe vertigo attack may be inescapable even while lying down, so the person feels as though he or she is moving even when lying down, leading to nausea and vomiting.

Fact 2 – Vertigo and Acrophobia Are Not the Same Thing

Acrophobia is a fear of heights and is often confused with vertigo. This may be due to the movie called Vertigo where the lead character is afraid of heights. While it is possible for a vertigo attack to trigger due to being up high or due to a spike in anxiety levels, a fear of heights is not the same as vertigo.

Fact 3 – Vertigo is Due to Multiple Conditions

Vertigo is not usually life-threatening. In fact, the most common condition that causes vertigo onset is BPPV (benign paroxysmal positional vertigo), which simply means that the position of your head is what triggers an attack. There are a few causes of vertigo that are more serious, such as cases when the individual has had symptoms of a heart attack. Seeking emergency medical attention is a must in these situations because vertigo can be a sign of heart disease. The most dangerous side-effect of a vertigo attack is the risk of a fall when onset is sudden and unpredictable.

The likelihood of having a vertigo episode increases exponentially after the age of 40. It’s not surprising then that 1 in 3 seniors fall each year. One way to avoid the risk of falling is to stay away from activities that trigger an episode. For example, if a person has BPPV, bending over too quickly could cause a spinning sensation, overwhelming enough for the person to end up on the floor.

Sometimes a person may have a singular, short-lived bout of vertigo that’s directly related to some activity they are doing. A few examples of these are a boat ride, spinning in circles, or riding an extreme rollercoaster ride. These situations are not serious at all and will resolve themselves. If the episodes are severe and happen frequently, it may be time to find a solution.

Fact 6 – There are Natural Relief Options for It

Trying a natural solution for vertigo can be an excellent option if you are wary of prescription drug side effects or invasive surgeries. Especially because vertigo is not a life-threatening condition, a more conservative approach makes sense. Here are a few natural care options:

Fact 7 – It Often Starts After a Head or Neck Injury

Vertigo onset often follows some type of head or neck trauma. Whiplash, for instance, from a car accident or a sports injury, or even something as simple as a slip and fall can result in vertigo symptoms. Why? When vertigo occurs after an event like these and is chronic, it could be an indicator that the upper cervical spine has shifted out of alignment.

When the C1 (atlas) moves out of place, it impacts the vestibular system (how the body balances itself) in a few ways:

All of these factors can lead to symptoms such as vertigo, migraines, and other issues. So it is no surprise that in a study of 139 Meniere’s disease patients, 136 had substantial improvement in the frequency and severity of their vertigo episodes after a gentle upper cervical adjustment. If you would like hear more about the benefits of upper cervical chiropractic care, especially if you have any history of head or neck injury, contact a practitioner near you and schedule a complimentary consultation.