6 Things That Can Be Sparking Your Migraine Attacks

6 Things That Can Be Sparking Your Migraine Attacks 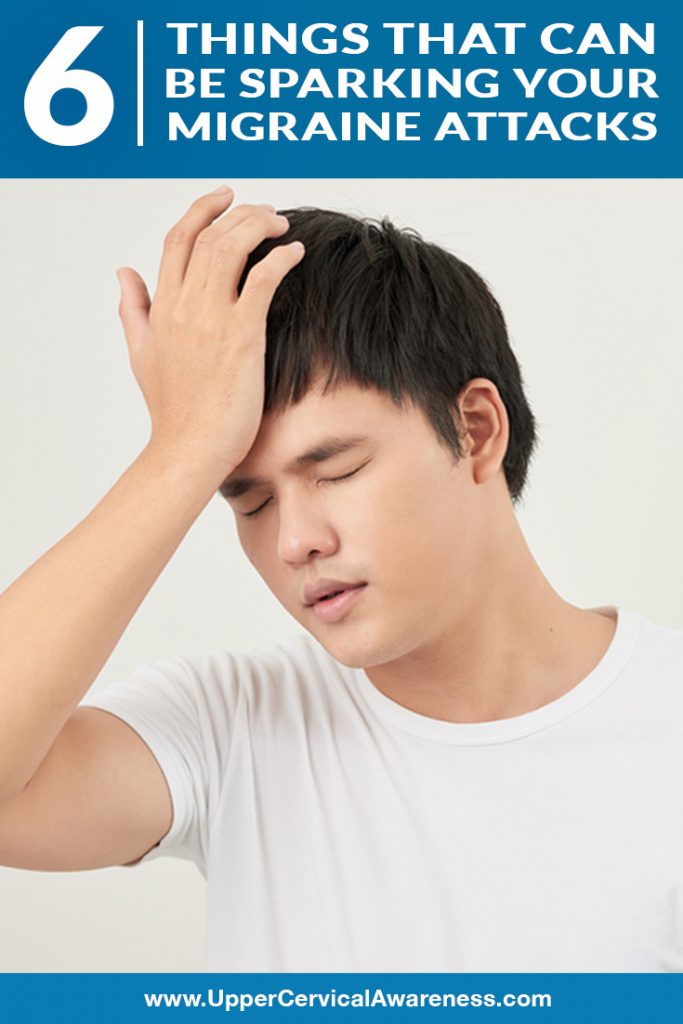 Migraine is one of the most weakening conditions that someone could ever have. No wonder a lot of people ask for the help of a chiropractor for migraines.

According to the Migraine Research Foundation, 39 million Americans, and more than a billion people globally are coping with migraines.

If you belong to the million folks suffering from it, there are likely foods, things, and circumstances that trigger or worsen your attacks. Whether you experience frequent or only occasional episodes, you must always know the leading cause of them.

What could be sparking your episodes? Check out the list of things that could be triggering your attacks. Among these many triggers, you may be surprised to know that some of them can be avoided.

At the end of the post, we will go over how a chiropractor for migraines could help with your condition.

1. Too Much or Too Little Caffeine

Caffeine is a compound common in beverages such as coffee, tea, soda, and energy drinks. Caffeine is also in chocolates and painkillers. Migraine patients need to be extra of their caffeine intake.

If you drink more than 5 cups of caffeinated drink every day, it can lead to migraines. However, if you cut out your caffeine consumption abruptly, it can also trigger a migraine attack. Therefore, moderation is the key. If you are attempting to lessen your intake of caffeine, it will be best if you do it gradually.

Aside from being one of the most unavoidable, stress is on the top list of the most common triggers for migraines. The American Migraine Foundation reported that nearly 70% of those with migraine claim that stress impacts their migraine episodes. Overthinking and worrying about many things such as work, family, finances, and relationships are very stressful, and this can lead to severe migraine headaches.

To reduce stress, try to determine what things are stressing you out the most. Then, take the appropriate steps to either lessen or eliminate them. Relaxation, exercise, meditation, and other stress-relieving activities can all help you cope with everyday stress and even the future ones that are coming your way.

Migraine is most likely to take place in people whose sleep-wake cycle is not regular. Every individual depends on sleep to regain strength and repair whatever impairment the body has. When sleep gets interrupted and turns irregular, you are likely to be more susceptible to episodes of migraine.

You can avoid this or get back to your regular sleep-wake cycle by scheduling fixed bedtimes. You should be getting around 7 or 8 hours of sleep. If possible, avoid naps and create a pleasant ambiance for rest so you can enhance your chances of not triggering even a single migraine attack.

According to the Migraine Trust, roughly 10% of migraine sufferers can determine specific foods that trigger their attacks. Sweets like chocolates can be bad for you. More fundamentally, skipping meals is another major trigger of migraines.

If you are already aware that you have food-related triggers, be sure to have a regular schedule of meals and supplement with nutritious snacks in between.

Even if you are just mildly dehydrated, you can still experience an adverse effect if you are a migraine sufferer. Monitoring your water intake, as well as staying away from diuretics, will keep you hydrated.

The recommended adequate amount of water to take every day varies depending on a person’s gender, age, and other health considerations. However, as a rule of thumb, women need to drink around 11-1/2 cups of water, while men need to drink roughly 15-1/2 cups. These recommendations comprise fluids from food, water, and all other beverages.

Specific smells can trigger a migraine attack. They can also possibly worsen an ongoing episode. Among the most typically reported scents popularly known to cause bouts of migraines include chemicals, strong perfumes, gasoline, and some strong smells of food.

While all the above suggestions work, getting rid of migraines may need more than just prevention of triggers. Nevertheless, long-term relief is possible with the help of an upper cervical chiropractor for migraines.

Numerous case studies show how upper cervical chiropractic has helped relieve migraines in many patients by determining specific misalignments occurring at the vertebrae sitting at the neck’s topmost part. It is not a coincidence that a lot of migraineurs experience pain before, during, and after each attack.

Those who received care from an upper cervical chiropractor felt an immediate reduction in the severity and frequency of their migraine attacks. The improvement, they said, was possible following precise and gentle corrections of the upper cervical misalignments.

Through an upper cervical chiropractor for migraines, the patients were able to locate and identify their misalignments. Then, they received detailed adjustments tailored to each of them.

This particular study on headache involving individuals with migraines or severe headache problems showed that all patients could benefit from upper cervical chiropractic care. In fact, most of them even discovered this natural remedy could end their episodes.

An upper cervical chiropractor focuses on the nervous system. Practitioners of this care type firmly believe that an individual’s neck is the entryway to all the parts of the body.