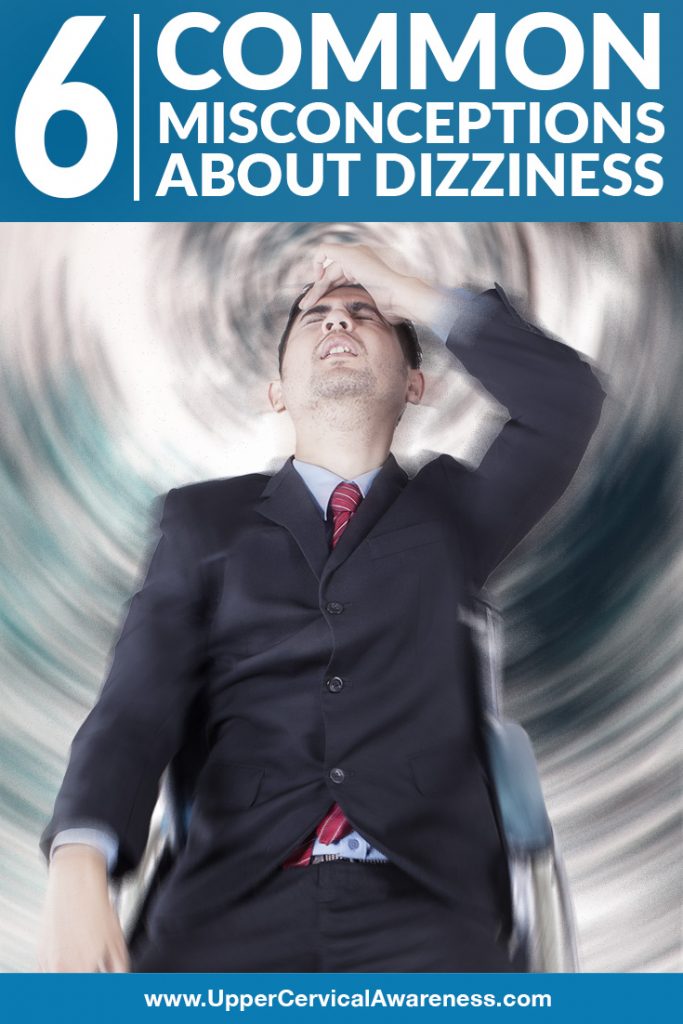 Dizziness is an extremely common issue, but that doesn’t mean it is well understood. We’re going to take a look at six of the most common misconceptions about dizziness. Then we will explain how many dizziness sufferers are finally finding natural relief.

Misconception #1 – All Episodes of Dizziness Are Alike

This is especially untrue because people use the term dizziness to describe an array of symptoms. For example, someone who gets vertigo may refer to it as dizziness, but vertigo is a false sensation of movement (usually spinning). On the other hand, dizziness can also refer to lightheadedness.

Misconception #2 – Dizziness Is a Condition Itself

Dizziness is actually a symptom of many different health conditions, but it is not a condition itself. What are some of the underlying causes of dizziness? Just a few include:

As you can see, some of these causes are far more serious than others and require immediate medical attention. Thus, it is important to consider other symptoms that are being experienced along with the dizziness. For example, dizziness coupled with chest pain, difficulty breathing, confusion, or slurred speech could indicate a cardiac event or stroke.

Less serious causes of dizziness still need to be addressed in order to prevent further attacks and reduce the risk of falls, but this can be done through scheduling a regular appointment rather than heading to the emergency room.

Occasionally a person may experience a bout of dizziness, but it doesn’t happen again. This is why the underlying cause of dizziness often goes undiagnosed for some time. You don’t automatically have to head to the doctor for every case of dizziness. However, if the problem persists, even just occasionally, you should get it checked out.

Misconception #4 – Dizziness Is Caused by Aging

This seems to make sense at first since dizziness is more common in the older population, but that doesn’t mean you should write dizziness off as a sign of aging that you can’t do anything about. If you begin to experience dizziness as you age the problem can lie in anything from living a less active lifestyle than you did before to it being a sign of menopause for women.

Misconception #5 – Since a Person Who Gets Dizziness Doesn’t Look Any Different, He or She Isn’t Really That Sick

This issue sometimes comes up in the workplace. For example, let’s say you wake up with vertigo so bad that it wouldn’t be safe for you to drive to work. Have you ever tried calling your boss and saying you can’t come in because you’re dizzy? Or if your job requires a doctor’s note for paid sick days, have you ever gone to the doctor just to ask for a note saying you were too dizzy to drive to the office? Of course not! If you can’t drive to work, you can’t drive to the doctor either. Friends and family may also challenge how sick you are if you don’t have a cough or stomach bug or something more visible.

Misconception #6 – There Is No Natural Remedy for Dizziness

The pharmaceutical companies foster this idea about every health condition. But before you start on medications that can cause numerous unwanted side effects just to cover up symptoms, why not see if there is a way to eliminate your dizziness completely? Some home remedies for dizziness include:

You can also seek natural care such as upper cervical chiropractic for dizziness. If you have never heard of this subspecialty of chiropractic care, let us introduce it to you properly.

In case studies, upper cervical chiropractors have had great success in helping patients dealing with chronic vertigo and other vestibular problems such as Meniere’s disease. In these studies, when patients with an upper cervical misalignment receive care, astounding results have been attained. One study result showed 136 out of 139 patients saw significant improvement in both severity and frequency of attacks. In these studies, most patients had a history of head or neck injury. Many had suffered whiplash in car accidents that had gone undiagnosed for upwards of a decade. This makes a detailed patient history an important part of your first upper cervical visit.

Upper cervical chiropractors also rely on diagnostic imaging to identify misalignments precisely. This allows for very gentle corrections – none of the twisting and popping you may associate with general chiropractic. The results are long-lasting adjustments and cost-effect care.

If you are ready to see if a gentle adjustment can help you to attain better overall health and well-being, contact an upper cervical practitioner in your local area.