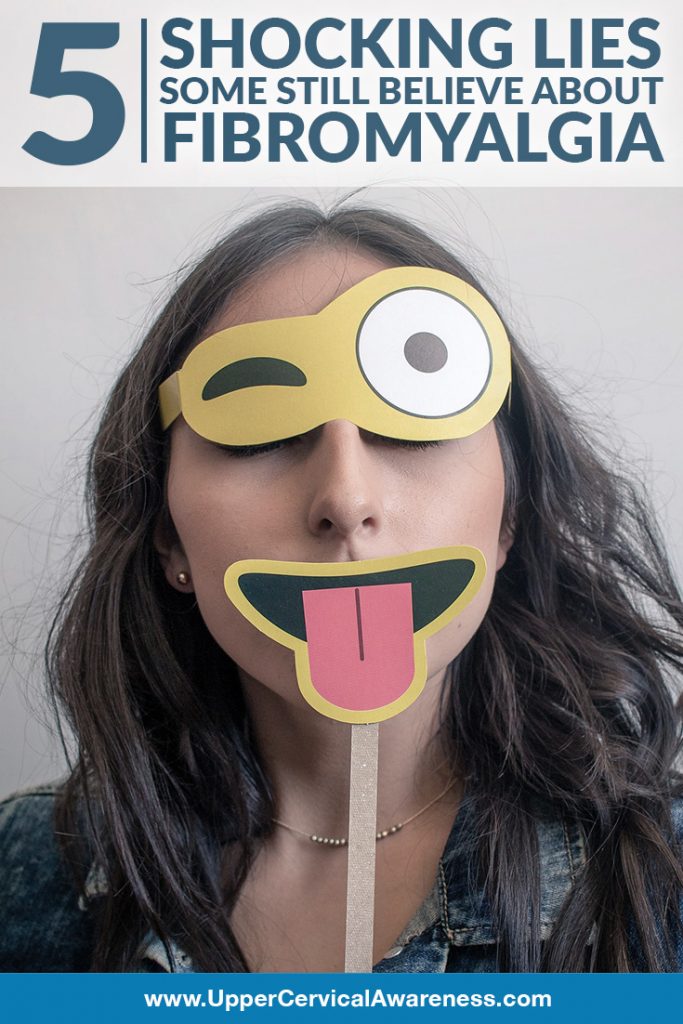 There are still people who believe fibromyalgia just means that a person is a hypochondriac who has read up on too many symptoms online and now thinks he or she has a disease as a result. Fibromyalgia is a condition of the central nervous system that causes pain throughout the body as well as many other symptoms. While the brain is a part of the central nervous system, the symptoms are by no means imaginary. And just because a person “looks okay” doesn’t necessarily mean that he or she feels good. If you suffer from fibromyalgia, never let anyone tell you it’s not a real condition. And if you know someone who suffers from fibromyalgia, please never say something this insensitive (not to mention incorrect).

Falsehood #2 – The Only Symptom of Fibromyalgia Is Pain

While not every patient has every symptom, there are over a dozen possible symptoms of fibromyalgia. Widespread pain is just the most common and identifiable symptom. Other issues that may arise include things such as:

On top of these and other symptoms, there are also many conditions that may accompany fibromyalgia. For example, having fibromyalgia puts a person at a significantly higher risk for also having:

Falsehood #3 – This Is a Middle-Age Woman Health Problem

Research indicates that fibromyalgia can affect both genders and at any age. It is true that middle-aged women are the most commonly diagnosed, but there can be a number of reasons for this. For one thing, the stigma attached to fibromyalgia may keep younger people or men in general from seeking out a diagnosis. Older ones may simply consider some of these symptoms as signs of aging and so they never seek a diagnosis, or the doctor never provides such a diagnosis because he or she just writes off the symptoms as due to aging. At one time, 90 percent of those diagnosed with fibromyalgia were women, but as the condition becomes better understood, that gap has closed to 70% according to more recent estimates.

When doctors need to rule out a lot of similar conditions before making a diagnosis, a condition sometimes ends up with this reputation. Instead of being an actual diagnosis, it’s just what the doctor says when he or she is out of ideas. That’s not true with fibromyalgia. A diagnosis is based on a specific set of symptoms, including pain in specific areas of the body.

Also, while many medical websites still insist that there is no blood test for fibromyalgia, the FM/a test was developed by a company called EpicGenetics. They claim the test is 93% accurate and that a number of insurance companies in the US will provide full reimbursement for the heavy fee (we’ve seen prices ranging between $700-1,000). They also claim that the test is FDA compliant (note that this is not the same as being FDA approved).

Falsehood #5 – There’s No Way to Get Help for Fibromyalgia

While it is true that there is no cure for fibromyalgia, various therapies exist that help with symptoms and some people have even found complete relief from the condition. Options range from prescription medications (although these come with unwanted side effects) to natural forms of care (which have found varying degrees of success). With that in mind, we’d like to introduce you to a form of care that has been helping people in case studies. Some have even had fibromyalgia completely resolve after care.

What is upper cervical chiropractic and how can it help fibromyalgia? Upper cervical is a subspecialty of chiropractic care that is only performed by a few thousand practitioners worldwide. It focuses solely on the top two bones of the spine. Located at the base of the skull, these bones have a major impact on brainstem function, cerebral blood flow, and cerebrospinal fluid drainage. Symptoms of a misalignment can read very much like the symptoms of fibromyalgia. Getting to this problem that is at the source of things may help to provide long-term relief.

How can you know if you are suffering from an upper cervical misalignment? An examination by a practitioner will involve diagnostic imaging that detects misalignments down to hundredths of a degree. This allows for gentle adjustment – none of that popping or twisting you probably associate with general chiropractic care. A patient history can also help to determine the likelihood of finding such a misalignment. For example, if you have been in a car accident, suffered a sports injury, or had some other kind of head or neck trauma in the past, such a misalignment is extremely likely.