The 4 Primary Symptoms of Meniere’s Disease

The 4 Primary Symptoms of Meniere’s Disease 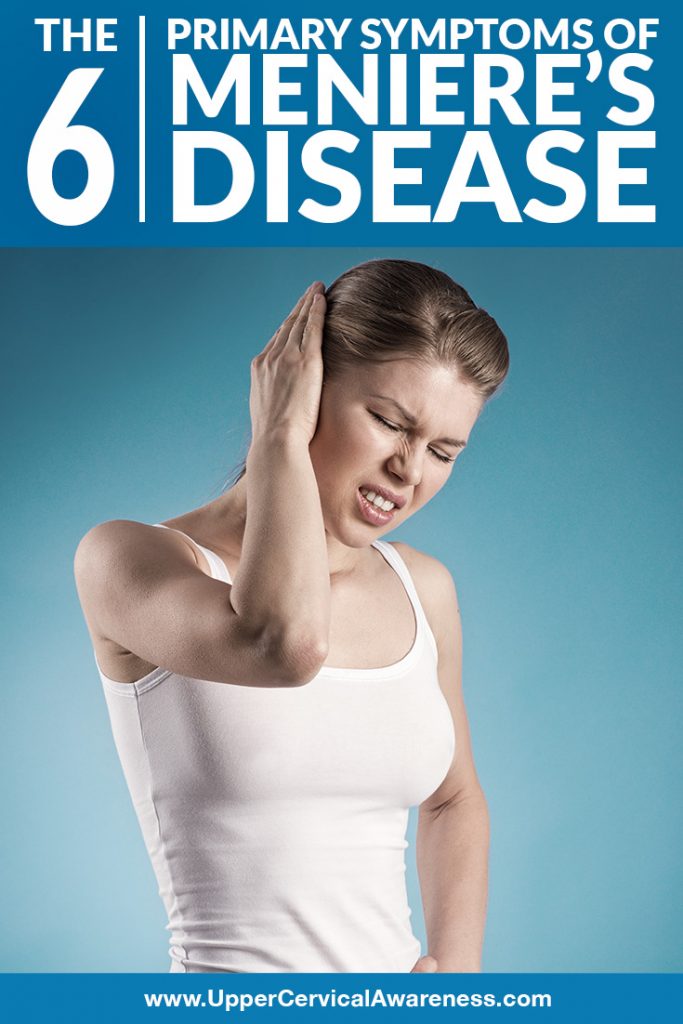 Meniere’s disease is a vestibular condition that affects over 600,000 people in the United States alone. With tens of thousands being diagnosed each year, this once rare condition is becoming far more common. Let’s take a closer look at the 4 primary symptoms of Meniere’s disease. Then we will consider a couple of large case studies that are providing hope that there is a way to find natural, drug-free relief from Meniere’s.

Vertigo is the sensation that a person or the things around him are moving when no actual motion is taking place. For many people, the feeling presents as spinning. However, a false sensation of movement of any kind is vertigo whether it be spinning, swaying, tilting, or otherwise.

When a person is suffering from Meniere’s disease, vertigo is a common occurrence and can be very severe. There is generally no warning before a bout occurs. While most cases of vertigo will be relatively short (about 20 minutes), severe bouts can last for hours (24 hours at the longest). When vertigo is severe, even lying down won’t stop the sensation of movement. This can lead to nausea and vomiting. If an episode strikes while a person is standing, a fall may result. Others call it a drop attack.

Symptom 2 – Ringing in the Ear

Tinnitus, or ringing in the ear, is another hallmark symptom of Meniere’s disease. Tinnitus doesn’t always have to present as a ringing sound though. Some describe it as a buzzing, whistling, or roaring sound. This symptom has proven to be particularly debilitating for some as the sounds inside the ear can be far louder for a Meniere’s patient than for the average person who experiences tinnitus. In fact, this (along with other symptoms) caused musician Ryan Adams to take a 2-year break from the industry.

Symptom 3 – Pressure in the Ear

It is also common for a person with Meniere’s disease to experience a feeling of fullness in the affected ear. Since Meniere’s only affects one ear, this symptom helps to identify which ear is suffering from the condition. The technical term is aural fullness, and it usually occurs when there is an excess of fluid (called endolymph) in the inner ear. Normally, the Eustachian tube drains this fluid. However, in cases of Meniere’s disease, this seems not to occur properly.

Early in the disease, hearing loss in the affected ear may be intermittent. As the disease progresses, the hearing damage may become permanent and no longer just a symptom of a flare-up of the condition. This symptom, in particular, makes it vital to find care Meniere’s as soon as possible once it is diagnosed.

Unfortunately, one of the surgeries that doctors recommend to try and reverse Meniere’s disease only has a 70% success rate and 30% of patients lose all hearing in the ear permanently as a result of the surgery. Thus, many are searching for natural forms of relief.

A general practitioner will likely present a low-salt diet as a natural remedy. This is to help reduce fluid retention. The idea is to reduce fluids in the body overall in order to reduce the amount of fluid in the inner ear. Sometimes a prescription medication such as a diuretic (water pill) is also provided to reduce fluids even further. However, the side effects of such a medication are often quite unpleasant.

In our first case study, 139 patients who were medically diagnosed with Meniere’s disease sought upper cervical chiropractic care. The symptom of vertigo, in particular, was used to highlight the benefits of the study.

Before care commenced, the patients averaged a vertigo severity of 8.5 on a scale of 0 to 10. Scores were taken following 6 weeks of upper cervical adjustments and then again at 1 and 2 years. After just six weeks of care, the average vertigo severity had been reduced to 3.0. At the end of a year, it was down to 2.3. At the end of the two-year study, the average was a mere 1.4. In fact, all but 3 of the 139 patients had experienced these significant benefits (those 3 dropped out after the initial 6 weeks).

Immediately following the first study, the upper cervical chiropractor began a 6-year study on 300 Meniere’s disease patients. This time the idea was to show that the upper cervical misalignment is what causes a Eustachian tube lesion and stops the ears from draining properly. As a result, the misalignment is the true underlying cause of the disease, and correcting it helps to relieve symptoms on a long-term basis. Once again, the study was an overwhelming success with 97% of the patients seeing a 90% improvement in vertigo.

Thus, if you are suffering from Meniere’s disease and are searching for drug-free relief, upper cervical chiropractic may be exactly what you are looking for. This is especially so if you have ever suffered a head or neck injury, even from a fender bender that may not have resulted in a whiplash diagnosis. Whiplash can occur at as little as 5 mph, and this seemingly insignificant injury can result in Meniere’s disease upwards of a decade following the accident. As a result, we encourage patients to see a practitioner in your local area to learn more about the benefits of upper cervical chiropractic care.